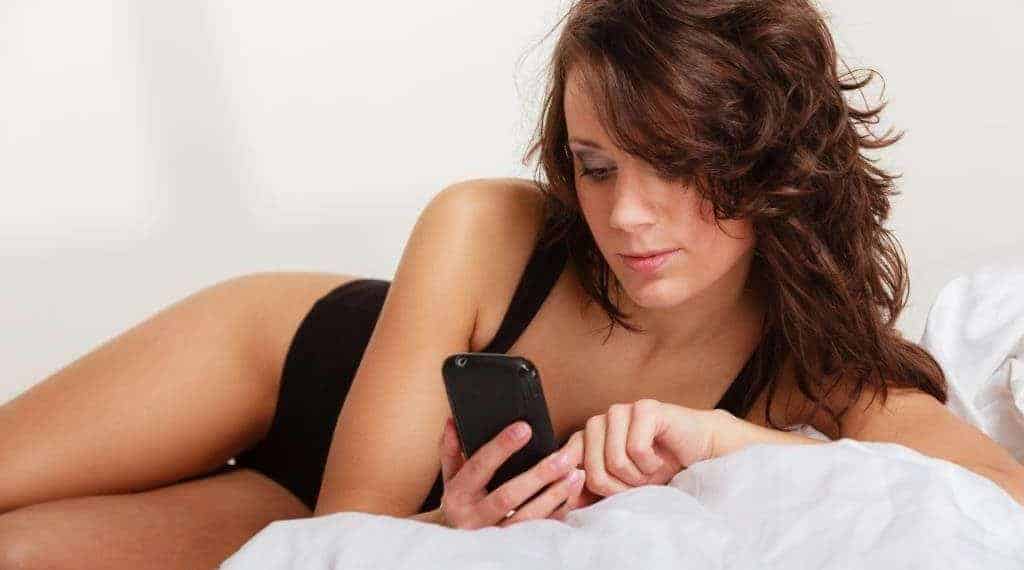 Ok, raise your hand if you’ve ever sent a nude photo to someone? Yep, thought so- we’ve all done it! But even though we make it a common practice in the torturous dating world, there’s still a certain stigma connected to this form of intimacy.

NYgal was curious to know what people really truly thought about the nudes they were sending and receiving! So we asked a group of men and women their thoughts about sending nudes and these are the responses we received…

I just got an unsolicited dick pic on noon this Thursday.

I think that when people send these types of pictures they don’t think of the repercussions that can come of it, especially when you’re younger and in a new or immature relationship. Your body is something that should be respected, not something to be taken advantage of.

However, in a committed relationship, I think it’s okay to want to throw on some lingerie and share or surprise your loved one with a sexy picture. Trust is the biggest factor though, so make sure you have that before you start snapping selfies!

Ugh, nudes! I’ve had a handful of men send me nudes right away after adding them on Snapchat.. like do I know you? I haven’t figured out why men think we even want to see dick pics?

Also- if they’re talking to me on an app and they ask for a nude- to me it’s a huge red flag that he just wants a hookup.

But, my opinions on me sending them have changed since high school and even college! As a professional, in the dating world, it has become very evident the career risks of sending a nude to someone. It’s hard to truly know someone’s intentions. I once had a friend of mine see someone’s nude who we had gone to high school with! Completely unintentionally! The guy she had sent it to, showed it to his friend and so on and so on…

Ok, so honestly I’m ok with sending it as long as he’s totally legit and fine with the fact that I’m more Rebel Wilson and less Meghan Fox. I enjoy receiving, but only if he’s smooth about it and works up to it. Don’t just drop a lil thing and expect me to go drooling. I’m a big woman I want a big dude.

If I know and trust the person, and we’ve accepted each other’s newly updated privacy policies, I send and receive with no problem.

I personally don’t mind receiving nudes. My boyfriend is pretty neutral in terms of receiving and sending. Sometimes I feel uncomfortable receiving nudes. But overall, I think it’s a new wave of technology “flirting” so to speak.

My first thought is how many other dudes are getting the same ones. I’m not really into sending them myself. It seems like girls are too immature to keep them between just us and I always get “the screenshot treatment” if I send them through Snapchat.

I’m not big on sending nudes mainly because I haven’t found someone I actually want to send nudes to.

I would have to say for me personally I would obviously like to see boobs as much as possible! However, with the internet, the excitement of seeing boobs has diminished. Receiving nudes isn’t so much as to have spank-bank material, but instead a way of showing some sort of interest. It’s one thing to see boobs from someone you don’t know, but to see boobs from someone you have been talking to or know personally- that is actually meaningful. Of course, I was dumb and assumed that if someone sent nudes that meant that there was some sort of possibility to hook-up.

When it comes to me sending nudes, I used to be wary of it only because I wasn’t sure what was wanted of me and obviously you don’t want someone to be a shit and share it with everybody. That opinion also changed overtime because I realized that the person they showed it too was possibly going to see it anyway and if anything it’s free advertisement to the people who might like what you’re working with!

As far as my experience with girls sending- it’s either they are super open to it or very secretive. The open ones seem kind of natural whereas the people who are more conservative almost always stress the fact that the pictures shouldn’t be shared with anyone and that they aren’t a slut.

Again when I was younger, I couldn’t comprehend why someone would feel like a slut for sending nudes because I was raised not to judge people by their actions, but rather by their character. When I got older, I realized not everyone was raised that way, and their reason for being conservative may have been because of the way they were brought-up.

Well, I have never minded sending a photo of my boobs, because I just always thought of them as just that- boobs. Not a big deal. I always refused to send any below the belt and as long as my face wasn’t in the photo then, what harm could it do?

Now for receiving nudes from men…If I ask for them, then understand that I absolutely want them. But if I get a dick pic out of the blue, I’m going to respond to it like I do when my cat brings me a dead bird- I can see that you’re proud of it, but I’m disgusted and not going to touch it…

Well, I can remember a time when I received unsolicited nude photos. Like hardcore very juicy nudity, and to be honest, it was a bit off-putting. There was hardly any context for it at all, and so, I wasn’t even sure how to respond or feel about it, so I didn’t.

That being said, I have also received nude photos from a partner, which I was very glad to receive, especially because I loved this woman. It let me know that she and I were on the same frequency, in that same moment, and that when I got home, it was going to be ON!

Well, I certainly think it’s a fun and exciting thing that can add to your relationship. I did long distance for 3 years and I don’t think we would have made it to our 6th year together without it. Friendship and companionship only go so far…. you need a bit of passion! Plus, if you love your body and you feel great you should do what makes you happy!

It’s all good fun if it’s consensual. I’ve never been one of those guys to send dick pics, especially if it’s unsolicited. That just seems really gross to me. But if two people are comfortable with each other and want to show off their bodies to each other, then that can definitely be fun!

Despite all that, I do enjoy doing sexy FaceTiming when I’m in a relationship with someone. Could they screenshot it? Sure, but I don’t know why I never think they think to do so- probably because they’re always a bit… preoccupied.

I have no problem sending my nudes. Most times I have no problem receiving them. But a significant amount of time on dating apps they’re unwarranted and out of the blue. Like, I’ll be scrolling through my messages and all of a sudden it’s like BAM- here’s a picture of someone’s junk! You’d think that they would have at least warned me first.

The Scoop on the First NYC Underground Little Free Library