New York Gal » Confession: Some Days I Hate Everyone 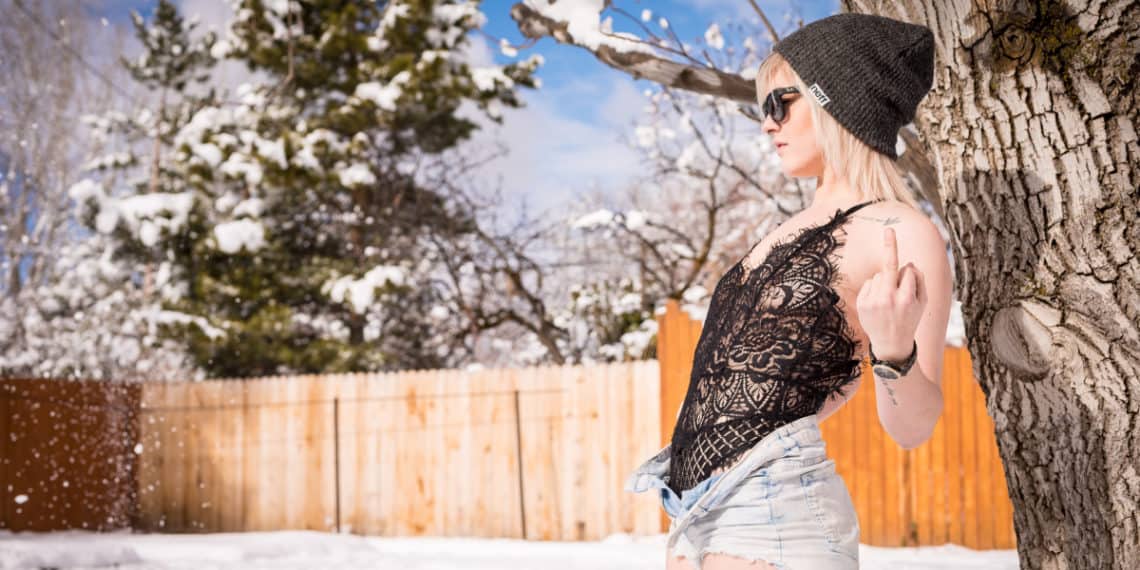 Some days I wonder if I’m becoming a cynic because well, I don’t really care for most of the population. Frankly, I have trouble understanding why it seems that most people feel the need to socialize so much.

Don’t get me wrong, I enjoy socializing. But, I’d estimate that it’s like half as much and 80% less often than the average J. I get a little tired just thinking about it. Like, seriously.

At this point, I feel a little done with it. I find myself worried that if I have to listen to one more pointless conversation – I may go insane.

To give people some credit, my issues with socializing most likely stem from an “anti-social” nature built into my very core. Not only have I dealt with issues of social anxiety mixed with an introverted personality type since I was a child, but now, as an adult I have also developed borderline agoraphobia.

To me, going out and socializing is rarely worth the time and energy I know I’ll have to put into it. Considering all the memes I have seen about introverts on social media, I can’t be the only one who feels this way.

So, I got to thinking that maybe I was also not the only person who sometimes had this sense of utter disdain for people. But, since it’s seen as “rude” to communicate this to people, we pretend it’s not happening. And, now, nobody talks about it.

But, this introvert isn’t afraid to talk about it (you’re fucking welcome). I think it’s important to address and discuss our negative emotions. Let’s be honest about it, negative emotions are just part of the human experience. It’s about time we stop pretending they’re not even happening!

So, I compiled a list of the reasons that contribute to my occasional feelings of borderline contempt towards people. Enjoy!

Because I dislike small talk

Sometimes at social events, I catch myself sitting there, bored out of my mind by the minutiae of the event wondering why the hell I bothered showing up. Then I get caught up in an existential crisis because nothing makes me feel more like life is passing me by then sitting at a party having the same conversations. Or, pretending to not be bored by the pointless drivel.

See Also: Everything You Need to Know About Being the Crazy Girl

Because people make it hard to find a balance

Let’s get real about the actual struggle of being an introvert: we live in a world of extroverts that expect us to conform to the way they function in society. So, while I’m the girl who truly doesn’t give a shit what people think – it doesn’t matter when people who do care run the world. Whether it’s your school life, work life, or social life – it’s always discouraging because we never quite measure up. No matter how “social” we think we’re being, we’re still not social enough for the extroverts.

Some days I just want to become a hermit. I feel like no matter how much effort I put into socializing, it’s never enough for the social butterflies of the world. I’m always behind. I can think of like 5 things I consider “social” that I still need to make time for just off the top of my head. Not to mention the fact that I am absolutely putting off the bigger picture stuff that I always say I’ll do but never actually do because I’m too socially exhausted from everything else.

And, let’s not forget the people that insist on reminding you of how they “don’t see you enough” when you make the effort to see them. It’s such a slap in the face to the efforts of the introvert to remind us of how much we suck a socializing when we’re trying.

Not only do people make it hard for us introverts to find a balance in life, but they’re very humanness makes it hard to tolerate them (yeah, I said it).

Come on. Let’s be honest, most people are too closed minded to even be worth talking to most of the time. It’s a rarity that an argument or conversation about more than the weather or the latest movie does anything but piss people off.

I won’t pretend that I don’t find some enjoyment in pissing people off (it’s way more enjoyable than the pointless exchanges). But, I still find it exhausting as an open-minded person to be surrounded by people so stuck in their ways. Especially since it’s generally based on an emotional response and/or lack of effort to see both sides of an issue. People are generally too influenced by emotions and their upbringing. And, I’m tired of pretending that’s a reasonable excuse for shitty behavior.

Because no one seems to “get it”

Dealing with generalized anxiety issues all while being so introverted tends to mean that nobody really understands my limited social abilities. Frankly, I’m tired of feeling as if I need to justify it just because of people’s lack of understanding. But, as an introvert, you DO feel like you must justify it, right? Because if you don’t everyone thinks you’re an asshole.

According to Psychology Today, us introverts only make up somewhere between 16 – 50 percent of the population. Which means that us introverts are in the minority when it comes to how we function in reference to the rest of the world. This often means that the average person (who simply doesn’t get it) sees our behavior at best as “anti-social” and more often it’s seen more as “rude”.

Honestly? I’m a little tired of feeling like I’m being “rude” for not having the same needs as everyone else. Isn’t it ruder to make assumptions about people?

An unrelated, but funny list of questions I have about socializing that you’re not allowed to say

Why are we still pretending that every birthday is special?

Why am I expected to care about anyone’s anniversary but my own?

Why must every social interaction include food? It’s like even they know this party sucks and needs a cake to be worth attending.

Is it not an accomplishment unless you have a party?

If I ever have a baby, I’m having a baby shower just to pay these bitches back for making me go to such a boring party. Why am I expected to get a gift and go to a party just because this person doesn’t understand how birth control works?