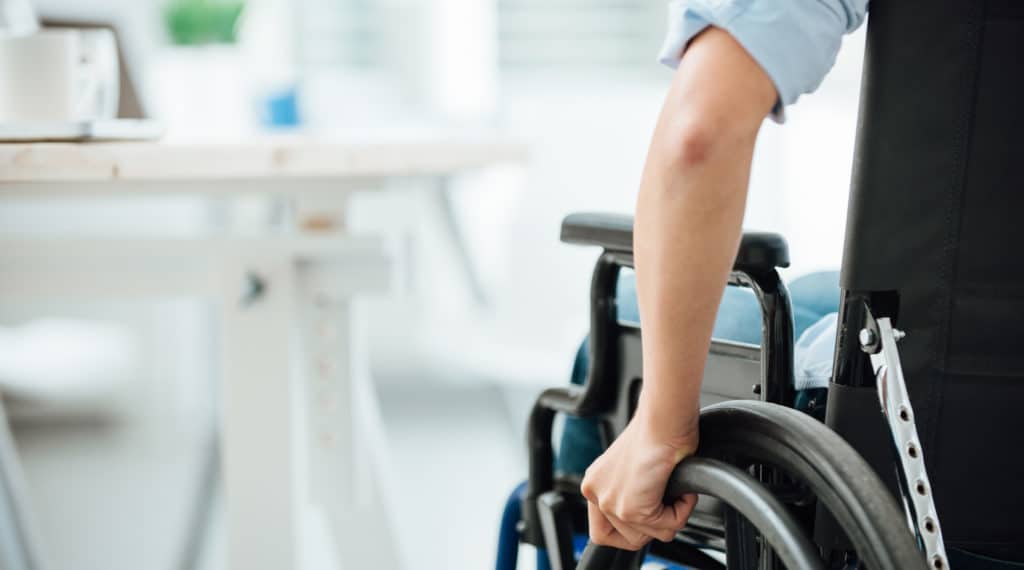 Today marks the 25th day of the government shutdown, making it the longest one in U.S. history. You probably heard how this shutdown is affecting various groups of people, from airport TSA guards to farmers to government agency workers.

However, you probably haven’t heard of how the shutdown affects people with disabilities, especially women with disabilities. They are arguably one of society’s most vulnerable groups of people, yet they’re the most underrepresented in news outlets.

TheAmericans with Disabilities Act defines a person with a disability as “a person who has a physical or mental impairment that substantially limits one or more major life activity.”Nearly 1 in 5, or 56.7 million, people have a disability in the United States. This makes them the largest minority group in America.

It is often referred to double discrimination when a person has two social identities that put them in a disadvantageous position in society. Not only do women with disabilities have to fight against gender bias but also deal with ableism in the workplace and every aspect of life.

Women with disabilities face unemployment and poverty at higher rates than their able-bodied counterparts do. For this reason, they depend heavily on various government-sponsored programs to live a sustainable life.

The first thing that might come to your mind is federal healthcare programs, such as Medicare, Social Security Disability Insurance, and food stamps. However, those programs will remain funded through February, even if the shutdown drags onto then.

However, healthcare is only one of the many aspects of a person’s life, including those who have a disability. The following are the ways government shutdowns negatively impact the livelihood of women with disabilities:

There is a threat of eviction.

An overwhelming majority of women with disabilities relies on Section 8 programs to pay their housing rent. Section 8 operates under the Department of Housing and Urban and Development. And, it has two major programs — Housing Choice Voucher Program and Project-Based Rental Assistance. Both programs subsidize rent for low-income people, and an estimated two-thirds of the recipients have disabilities. Out of the disability pool, majority are women.

If the government shutdown persists, there are going to be a wave of evictions, leaving many homeless and even hungry. Even within the disability community, women are usually the primary caretakers of children. Therefore, an eviction would harm the children too.

No pay from government/non-profit jobs.

Matters are much worse for people who are in government-funded vocational training programs. During the last major government shutdown in 2013, job training services to 1.2 million people with disabilities have been interrupted.

If the shutdown continues, food assistance programs will be in jeopardy. Especially WIC.

The most commonly utilized program by women with disabilities is the Special Nutrition Program for Women, Infants, and Children (WIC). This program provides supplemental foods, health care referrals, and nutrition education for women and children. It targets low-income pregnant and postpartum women, and children up to age five who are at nutritional risk.

Although WIC has not been affected by the government shutdown yet, it is close to being in danger. Without renewed government funding, the resources will be stretched out thin. As a result, it will either end or limit benefits to its recipients.