New York Gal » What Does Christina Schwarzenegger Do for a Living?

Learn more about how Christina Schwarzenegger has made her own path, apart from her mega-famous parents. 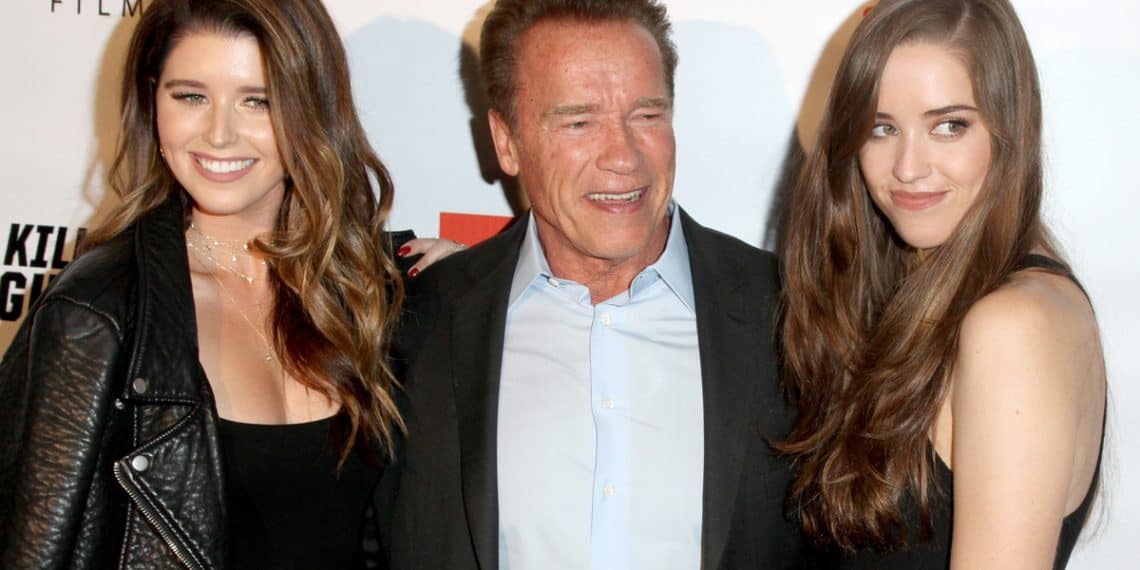 Christina Schwarzenegger is the second oldest child of Arnold Schwarzenegger and Maria Shriver. Getting out from the shadows of her parents would prove to be a challenge. However, apart from her family, Christina was a previous Goop employee turned Executive Producer. The now 29-year-old has begun to forge her own path as a Georgetown University alum, documentary producer, and assistant editor.

She Comes from a Famous American Family

The Schwarzeneggers are a household name across the United States. This is mostly due to Arnold Schwarzenegger, the most influential Austrian expatriate. Arnold is a world-famous Austrian-American actor and former California Governor. He is known for roles in films such as “Predator,” “The Terminator” movie series, and “Total Recall.”

On the other hand, Christina’s mother, Maria Shriver, is famous as well. Maria is a well-known member of the Kennedy family and niece of President JFK. She is also an Emmy-Award winning American journalist, author, and founder of the Women’s Alzheimer’s Movement.

Christina Schwarzenegger was raised by her parents with three other siblings in California. Because her mother was the niece of President John F. Kennedy, Christina was able to easily become comfortable with being from a famous family early on in her life. Even with her parents’ divorce in 2011, she has stayed close with every member of her family through the years.

She Struggled with Mental Health From An Early Age

At the age of five, Christina Schwarzenegger was diagnosed with Attention-Deficit Disorder. She admitted that later in life, she began taking the prescription drug Adderall for a few months during her freshman year of high school to treat her ADD.

In a 2018 interview, Christina mentioned “and then I stopped taking it… because I didn’t like the side effects.”

This would not be her first brush with the medication. She eventually started popping pills again and developed an addiction during her junior year of college at Georgetown University.

Adderall became an all-encompassing force in Christina’s life. She became addicted in order to finish college in 2013 and compete in the workforce afterward. In numerous interviews, Christina revealed how the drug took over her life.

She goes on to state that it took her 6-7 months after quitting Adderall to return to feeling normal. Eventually being able to resume everyday activities reminded her of who she was before becoming addicted.

Ever since Christina Schwarzenegger has remained an active and vocal mental health advocate. She continues to share resources on her social media platforms about ADD/ADHD and other associated disorders and illnesses. She also frequently partners with her parents. Together they promote awareness for the Women’s Alzheimer’s Movement the Special Olympics, two causes close to their family’s heart.

In the summer of 2018, Christina, along with her mother, produced and released a Netflix documentary entitled “Take Your Pills.”

The idea for this documentary came to Christina’s mind in the midst of her own experience with quitting Adderall. She wished there had been a documentary she could have learned from during that time. So the show focuses on the development, prescription, and effects of Adderall.

Working with her mother and Netflix, Christina was able to create a documentary. They wanted to expose the addiction epidemic surrounding Adderall in America. So they conducted a series of interviews with doctors and neuroscientists regarding the Schedule II substance.

Christina included interviews with current patients under the influence of Adderall. There were also interviews with those recovering from the addiction to highlight the effects and changes in lifestyle it causes.

Christina is also a former assistant editor at Goop. While at the wildly successful and highly scrutinized lifestyle brand created by Gwyneth Paltrow, she contributed to a number of articles. The topics ranged from beauty, style, and wellness.

She was able to use the Goop platform to discuss important issues. In a short video with her mother titled, “A Look at the Adderall Epidemic” Christina promoted her documentary.

She Likes to Keep Her Personal Life Private

Christina has done her best to keep her personal life private. She even deleted her Instagram account. So, much of the information that mainstream media knows about her only comes from her interviews or from her siblings.

Her older sister Katherine, now wife to famous actor Chris Pratt, mentions her in some of her interviews. Katherine also talks about Christina in small excerpts in many of her books. Recently, Katherine talked about family traditions that her sister has been active in. With the addition of Katherine and Chris’s daughter Lyla, Christina has been very involved.

While much of who Christina Schwarzenegger is remains a mystery to mainstream media outlets, she still strives to build a name for herself that is independent of her famous family. Her advocacy for mental health, addiction, and other environmental issues endures to this day and does not seem to be slowing down. Christina’s “Take Your Pills” documentary can still be found to stream on Netflix today.

19 Weeks Pregnant – Why Some Women Start Getting Back Pain ?