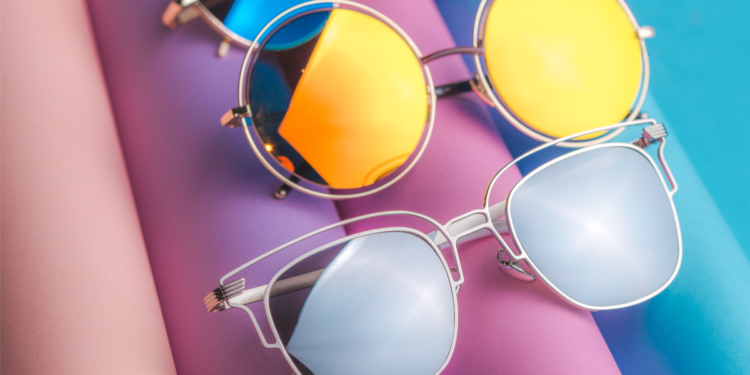 Chase Fisher like many young entrepreneurs had a small idea, little did he know it would turn into a million-dollar company. Blenders Eyewear is a sunglasses brand that sells affordable yet great quality shades. Fisher knows as a sunglass wearer himself how tough it is to find the right shades for the right price, especially with high-end brands. This struggle is what lead him to create Blenders Eyewear to help those who want cool glasses at average prices.

For many of you who want to start your own business, Fisher’s story is one you will want to read. The success of the company didn’t come overnight and started with a small loan, so how did he do it?! Fisher talked with CNBC Make It on how he launched his business.

Believe it or not but the idea for the sunglasses company all began in a nightclub in San Diego. One night in 2011, while out in San Diego Fisher recalls having so many people asking about his glasses. “They were like, ‘Those are so cool. Where’d you get those? Let me try them on,’” He shares. The response was a surprise as they weren’t expensive and were just regular neon green glasses.

After seeing the response from so many people in that club it dawned on him the idea for Blenders Eyewear. If so many people were complimenting his affordable shades then creating an affordable sunglasses brand is what’s needed in the market. Following that night, he decides to ask his roommate to lend him $2000 to help kickstart his career, that $2000 changed his life.

After borrowing the money from his roommate he comes up with the name, Blenders Eyewear. The reason he ends up calling it Blender is from inspiration after Hornblend, the street he lived on. Despite having the name a couple of dollars to launch, he actually starts selling from his backpack on the beach. Fisher who was working as a surf instructor at the time, found this to be the smartest option.

“I was a surf coach. I would be spending nine hours a day at the beach just noticing people and the expensive sunglasses that they were wearing,” Fisher shares with CNBC Make It. “There wasn’t really a competitor or a brand that was in between that offered a cool style sunglass at a price point that was affordable and quality and comfortable so I decided to go out and create our own.”

Of course, Fisher wasn’t alone and worked with his neighbor, graphic designer Blake Jensen who helped share them on Facebook. Using social media is how many people are launching companies because it’s the easier way to get feedback. Luckily for them, Blender’s Eyewear got positive feedback on Facebook so he took the $2000 to submit an order for 300 glasses.

We can all agree to order 300 pairs of glasses to sell is a bit risky, but Fisher learned that mistake eventually. In 2012, an ambitious entrepreneur he goes to the entrepreneur fair in San Diego to sell. Keeping his promise to only sell affordable glasses he prices them at $20, but only sells 10 pairs. Unlike many people who would give up, Fisher found the defeat humbling.

Following this day he decides to keep going and tries to sell his glasses at different kinds of events. Fisher goes on to sell at pool parties, festivals, while teaching surf lessons, concerts, etc. Also, DJs and local smaller musicians agreed to wear Blenders sunglasses while performing as a way to advertise. Unfortunately, it wasn’t enough but he was able to pay his roommate the $2,000 back within 6 months.

Desperate to see sales, Fisher and his partner Jensen try at Indiegogo, a crowdfunding site. Throughout the site, they pitched really colorful and fun-looking shades, which got them $7000 in investments. “At that time, it was the most money I’d ever seen. It was like I had a million dollars. It really felt like I hit the jackpot,” says Fisher who uses the money to manufacture more glasses.

As we mentioned social media is a huge part of launching a brand and how many people get customers. Using Instagram they promote and reach out to influencers to help grow followers and to partner with. Eventually, musicians such as Snoop Dog wore their glasses while performing at concerts, and even DJs promoted them. Due to all the connections, the brand gains hundreds of thousands of followers and by 2013 the brand was bringing in $1 million.

By 2019, the company is worth $90 million after being purchased by Safilo Group, who acquires 70% of the company. Chase Fisher is currently still the CEO and the brand currently has 556K followers on Instagram.

7 Reasons Why Mekhi Phifer Isn’t In The Mainstream Anymore

How to Save Money as a Student