New York Gal » Why Did Charles Melton and Camila Mendes Break Up?

Why Did Charles Melton and Camila Mendes Break Up?

From how it started to why it ended, here is everything we know about the famous Riverdale couple. 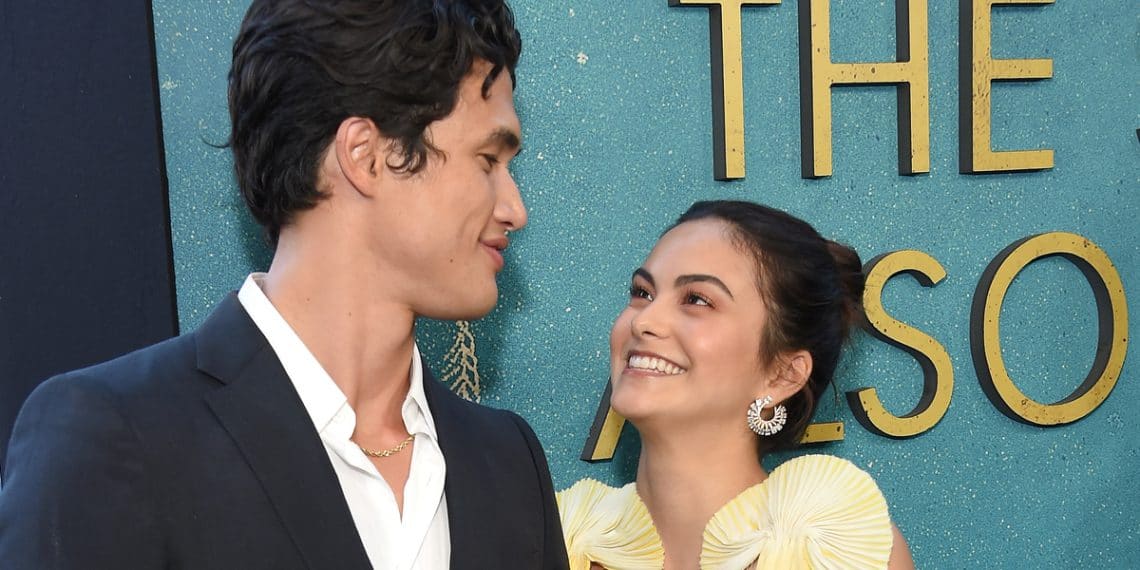 Time heals most wounds, but it also seems to enjoy putting stress onto every single relationship on this Earth. Such was the case of the relationship between Charles Melton and Camila Mendes. Perhaps, it wasn’t just time that contributed to the relationship’s demise.

As with all good things, everything must come to an end eventually, but seeing this once-lovable celebrity ex-couple part ways can be saddening for all, especially if you might just not know what really happened. Here is everything we know about the couple’s relationship and ultimate break-up.

The Relationship of Charles Melton and Camila Mendes

At the end of the summer of 2018, the couple’s romance started. Charles Melton and Camila Mendes started dating shortly after being on the Riverdale show together. Although Riverdale was full of multiple types of dramas, relationship drama was definitely included. The newly forged relationship between Charles Melton and Camila Mendes seemed to be unbreakable, especially when their one year anniversary came around.

When the time came for the couple to celebrate their one year anniversary, social media was immediately notified of the occasion. Both Charles and Camila posted pictures of one another on their respective Instagram accounts, all topped off with a caption that obviously hinted at love.

When Camila Mendes posted her picture of the two kissing, the caption that she chose to put below the picture was “365 days. I love you.” It was an extremely sweet caption to have, especially on her largely-followed social media account. Charles Melton did the same thing, and his caption read, “I love you”, which was short but sweet, even for him.

Riverdale and the Making of Romance

Riverdale is well known for its romantic and often dramatic contents, but most people don’t assume that the romance that is presented on-screen also exists off-screen as well. Of course, many like spreading rumors about who is together with whom, especially when it comes to well-loved celebrities. However, sometimes such rumors turn out to be right, and the relationship between Charles and Camila is one of those cases.

Like most couples, when Charles and Camila first got together, they couldn’t be happier with one another. Unfortunately, that love-filled relationship would come to an end towards the end of 2019, and by 2020, they’d each be single once again. Of course, this has somewhat affected their feelings towards one another, but since they parted on relatively good terms, there’s little to no problems when it comes to them working together, be it on-set or otherwise.

Although there are many people who take the end of a relationship extremely hard, Charles and Camila were very amicable and took nothing to heart when the time came for them to go their separate ways, and there’s a lesson to be learned here for everyone in this world.

The Breakup – What Went Wrong

Relationships can go wrong for a variety of reasons, but sometimes even the most mundane things can be the last straw that breaks the camel’s back. When asked why their relationship came to an end, it wasn’t anything too juicy. The whole reason they told the public that they split up in the first place was due to the added stress of work and life in general. Continuing the relationship would have negatively affected both of them, mainly due to the fact that distance and stress were both putting pressure on the ex-lovers.

Love may know no bounds, but sometimes the negatives outweigh the positives, and you have to decide: is it worth it? Yes, some couples are able to make it through the long-distance relationship hurdles and endure the struggles of life stress. However, the majority of couples aren’t so lucky.

Some people simply can’t tolerate being away from their lover for too long, and this can take a toll on the relationship as a whole. Charles and Camila fell into this category and ultimately decided to give their relationship a permanent break.

Both of the actors currently have movie projects, and the stress of their careers and social obligations have also played a part in putting a strain on their fan-adored relationship. Of course, all good things must come to an end, and so their relationship ended shortly after their 1 year anniversary.

The Future of Charles Melton, His Relationships and His Career

Although the fact that a breakup happened between Charles and his fellow female co-star of Riverdale, the show must go on. Both Charles Melton and Camila Mendes are professionals, and they have both decided to remain to be close friends. They will continue their parts in the show as normal, and both of their careers will continue to grow, as the cheery group of Riverdale actors couldn’t be any closer.

Things are looking bright in the future, even if a much-loved spark of romance has now gone out. We expect Charles Melton to go through many other relationships, and some may turn out to be messy, but for now, he is doing well, and so is Camila Mendes. They have both managed to forge a strong yet still somewhat awkward friendship with one another, and they’re happy to still be on the show together.

27 Inspirational Quotes about Breakups to Get Your Past Your Ex