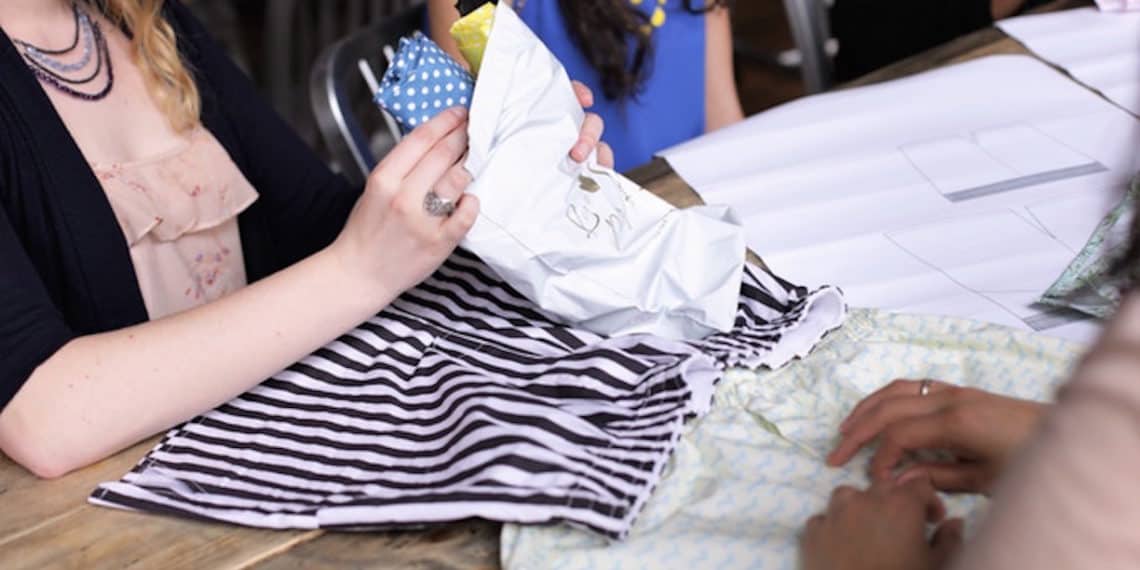 Though we don’t have to worry about the logistics of boxer shorts, women deserve the same type of comfort. God knows we can’t wear thongs every single day.

The good news is, My Lilianas, a brand that makes boxer shorts especially for women, launched via Kickstarter on August 14th. The brand promises a revolutionary sort of boxer short made for women by women.

After surveying women across the country and talking to gynecologists about what is safe and healthy for women’s underwear, the company had the research needed to create loungewear that ticked all the boxes for ladies wanting more than just a boxer short.

Other than the comfort and breathability of these underpants is their versatility. The shorts come complete with pockets, (you read that right, POCKETS) and can be worn as a lounge short outside of the house as well.

These aren’t just your average pajamas in public, which Drake finally made O.K. after the "Hotline Bling" video, this is underwear in public. We haven’t been this excited about wearing lingerie as fashion since the early 2000’s.

My Lilianas was dreamt up by its founder, Samantha Stelz, after perusing the men’s underwear aisle looking for the perfect short for her. After realizing the insane comfort of boxers, and growing tired of borrowing her boyfriend’s after a long day, she wanted to test what was on the market. Interestingly enough, Stelz ran into a colleague in the boxers section wanting the same thing, and the concept for My Lilianas was born.

According to a press release from the company…

My Lilianas are “designed to be worn as underwear, loungewear, or outerwear” which means the options are limitless. Whether you prefer vegging out on your sofa watching reruns of Grey’s Anatomy, keeping steady relaxation after a foray into CBD bath bomb luxury, or just experimenting with your street style, My Lilianas will be a staple in your wardrobe.

Super comfy and made from 100% cotton, the boxers also come in an array of colors: Pink or Black Pin Stripe, Tropical Palm Tree, Tropical Pineapple, Weiner Dogs, Kitty Cat, Yellow or Blue Polka Dot. Like Pokemon, you can catch them all.

The boxers run from $18 a pair and can be purchased through Kickstarter with deals available with a purchase of multiple pairs. Sizes run from small to extra large, so women of various sizes can add something new to their underwear drawer.

My Lilianas doesn’t just want to sell boxer shorts either, their mission is to promote women in all areas, including women’s health, gender equality and women’s rights via their social and blog. There’s nothing better than a brand that cares about our comfort and our rights.

“My Lilianas are the most breathable, affordable, and sustainable pair of quality cotton shorts you will own, and you will want to live in them!”

If you’re looking for quality loungewear and a way to get your body aired out after an especially hot NYC summer day, head over to the Kickstarter page and change your underwear game forever.