Find out how the use of the maca root for women is super beneficial! 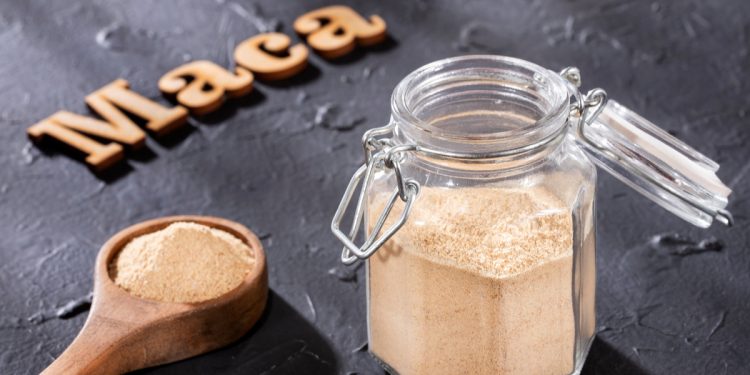 There’s a new popular wellness method going around and that’s the maca plant! More specifically, we’re talking about the root. This plant has been traditionally used to enhance fertility and sex drive. However, the maca root for women and their health has been a recent trending topic in the wellness world.

It’s no secret that there has been a rise in the use of alternative medicine lately, such as acupuncture and essential oils and vitamins. People are becoming much more conscious about what goes into their bodies, and rightfully so! Using natural remedies allows you to properly manage particular health issues without having to put anything harmful into your body.

It can also have a huge monetary payoff in the end by saving money on medications and other medical-related things. This can include things such as doctors’ appointments and procedures. They also have less of a risk, meaning there are fewer side effects when comparing to those that are with come with pharmaceutical drugs.

What Exactly Is The Maca Plant?

The maca plant, or, Lepidium meyenii is a Peruvian plant that has been used for over 2,000 years. Part of the Brassicaceae family, the maca is an edible root, which is commonly taken. Although it has been used for thousands of years, there was a recent new discovery in the 1980s and ’90s. This led to a popularization of the use of the maca plant for specific wellness benefits.

The maca is found, grown, and harvested at a certain altitude (about 4000 meters) in the Andes. Traditional harvesting methods usually including boiling the root. This allows the root to be stored for a long period of time.

The root, however, needs to be boiled before it is ingested. Doing so allows for it to soften as well as increase the active metabolites in the root. These metabolites, such as amino acids, are what bring the benefits to you.

The maca plant was originally linked to benefits in the fertility and reproductive system of males by increasing sperm formation, production, and mobility. However, in recent years, there have actually been many cases that have proven that maca root for women can be just as beneficial as it is for men!

Helping With Sexual Dysfunction While On SSRI’s

In the year 2010, a study was performed which tested the overall effect of ingesting maca root for women who are taking certain antidepressants. It was found that there actually was a slight correspondence in the overall sexual drive of the 17 women taking the maca root while taking SSRI’s, which are anti-anxiety and anti-depressant medications. They often have an association with a lack of sexual drive or motivation. But the maca root can help with this.

Although there is not a vast amount of research that continuously proves this, the studies that have been done speak volumes with the results. Therefore, there are really no real risks if you are looking for a solution to increase your overall sex drive while taking certain antidepressants.

Are you a postmenopausal woman experiencing high blood pressure, depression, or other similar symptoms? In 2008, a study conducted on postmenopausal women. The findings included those who were taking a dosage of up to 3.5 grams a day. It “Shows that Lepidium meyenii (Maca) (3.5 g/d) reduces psychological symptoms, including anxiety and depression. And lowers measures of sexual dysfunction in postmenopausal women independent of estrogenic and androgenic activity.”

In 2015, a more recent study by the Centre for Chronic Disease Prevention and Pain Management at Victoria University in Australia found that it did not show hormonal or biological action in the patients. However, “it appeared to reduce symptoms of depression and improve diastolic blood pressure in Chinese postmenopausal women.”

Another huge benefit of the maca root for women is the overall effect that it can have on menopause symptoms. It’s common knowledge that the symptoms of menopause can sometimes be brutal. They can include hot flashes, vaginal dryness, sleep disturbances.

And, as a result of these symptoms, depression, and anxiety can often occur. However, there is a correlation between taking maca root for women to decrease the symptoms that they may be experiencing.

In a 2006 study conducted to test the relationship between taking the maca root for women who are experiencing these symptoms, it was found that those who were taking two tablets daily of the maca had fewer symptoms such as night sweats and hot flashes.

Trying Out The Maca Root

Although Maca is continuously growing in Peru, it has become more easily accessible and in different forms as well. You can purchase pill capsules or even a powder. This is really great because allows for the introduction of this superfood into everyday recipes such as protein shakes and smoothies! It really depends on how you choose to ingest it.

How New York-based TikTokers, Renata D’Agrella and Tiff Baira Are Showing Us The Real New York