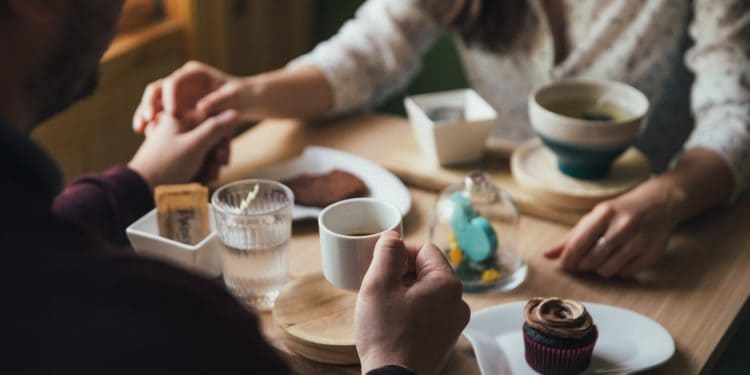 You’ve been on a countless amount of dates. You have Thursday-Sunday nights blocked off in your calendar to find your perfect match. But, somehow you keep ending up going on dates that lead nowhere, with people that don’t light your fire.

This is why I, NYgal Laurie, compiled a list that will help you cut back your dating-pool because as New Yorkers, we can’t waste our time.

Ladies, say you’re out with a guy and things are going fabulously. The guy seems sweet, good-natured and smart, but then when you ask him where he resides at, he casually mentions he still lives at home because he’s "figuring things out", "is really close to his family", and "can save money". He will give you every line in the book, to make the reality of him living with his parents a little less unattractive. But let’s face it, there is nothing attractive about a boy who is dependent on his parents!

As humans, we want to find partners who can take care of us, provide for us, and have an equal partnership. So, save that extra pillow for a man with drive and let this little boy sleep next to his momma.

This guy will go on and on about his gym routine, how much money he makes, his favorite places to travel, and all the aspects of his life that seem impressive. Hint: They’re not as impressive as he’s making them seem. Don’t be fooled.

If 20 minutes have gone by and he hasn’t asked you one single thing about yourself, then you should get up and gracefully remove yourself from the situation because why pay attention to him if he’s not going to pay attention to you?

If you decide to ignore my advice and stick around, you will realize this is also the guy who will mansplain the anatomy of a vagina to you, until your ears bleed. And, let’s be real, only a gifted few really know where the G-Spot is and how to properly work a clit. The golden rule is, if he has to brag about it, he can’t actually do it, so don’t expect glorious sex from this one.

Ok, so if you’re out with him for a nice casual coffee date, and all he can talk about is his job as a sales consultant, or his cat named Boogers, or his favorite Star Wars movie, he’s not the one for you. Having one interest, or obsessing over one topic during a date is not only annoying but extremely unattractive. He’ll come off as being skin-deep and you’ll come out of the date calling him, "The Star Wars Guy" to your friends, and no one wants to be with "The Star Wars Guy".

We want to find people who have depth! No, I’m not saying that he should jump on the bar and start reciting you an original poem, or cry to you about how his father never loved him while devouring a piece of tiramisu. All I’m saying is that in order to create a connection with someone they need to be open and vulnerable and have layers to them. Nobody likes talking to a wall. Especially, if it’s about Star Wars.

4. He Doesn’t Have a Funny Bone

I know, being funny is a lot of pressure, but the power of laughter can drop a pair of panties in .5 seconds.

If you’re on a date with a guy, and you’re cracking jokes, but he’s all business, you’ll feel more like you’re on an interview than a romantic escapade. Dating is supposed to be fun, not formal! So, if he’s all wound-up, even after a few drinks, definitely say buh-bye to this guy.

It’s essential to find someone that is able to joke around with you and make you smile and laugh. Life is too short to be so serious all the time! You should find someone that you can enjoy this journey with; Long-term or short-term, don’t waste your time with a guy who can’t loosen-up!

So, you get all dressed-up, because you know this restaurant you’re meeting him at is chic. You get there and kindly tell the hostess you’re meeting someone. You look around the room and spot him at the table. You walk over, he doesn’t get up to greet you, but rather stays seated, and does a polite head-nod, while already looking at the menu. This is the first sign that he’s rude and you are way too good for him.

And, then, the nightmare truly begins! You witness him getting irritated with the server, you hear him saying to this young 20-year-old blonde that, "His potatoes are cold", "His drink isn’t strong enough", and "The place is too crowded". The server politely apologizes for all of these things that are entirely not her fault. He doesn’t take the apologies and tips her nothing. Uh-uh, no way, girl, you will not be seen in public with someone who acts like this.

When he tries to kiss you at the end of the night, tell him all the things that he did wrong during the date and tell him he has to work harder if he wants a tip.

A Laurel or Yanny Adventure