A Laurel or Yanny Adventure 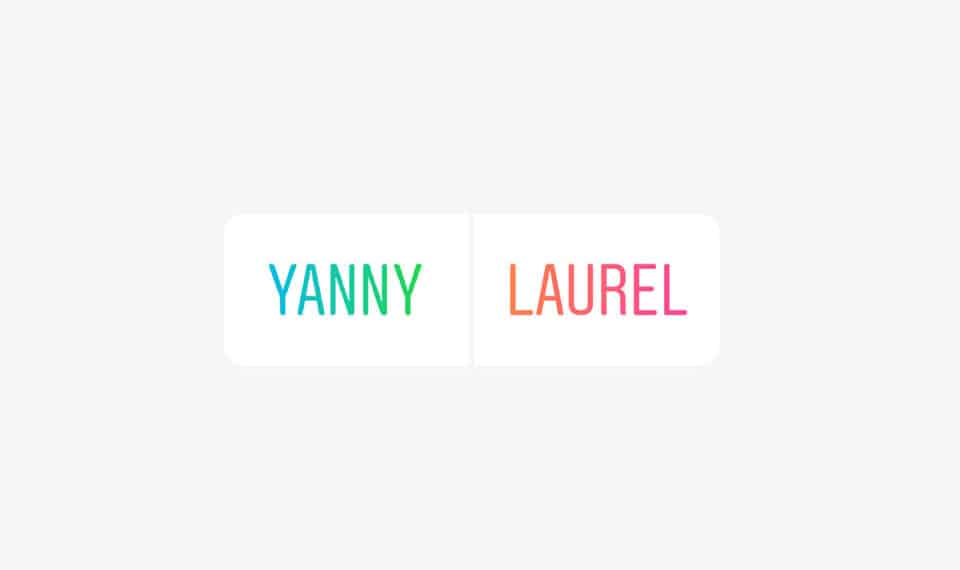 I was simply enjoying a quiet breakfast in which I was having some greek yogurt and apple slices in addition to minding my own business, when all of a sudden, a tweet made by the Twitter goddess, Chriss Teigan popped up on my screen:

it's so clearly laurel. I can't even figure out how one would hear yanny.

"Laurel?" "Yanny?" What was that all about? I simply had to know. A did a quick Google search that provided me with all the intel on this new movement, which had risen to 2015’s "The Dress" fame overnight. The guessing game with Laurel and Yanny began when influencer and Twitter-bio-proclaimed "princess" Chloe Feldman tweeted a video. Feldman’s original post was retweeted over 72,600 times and has more than 170,000 likes. The tweet asks a very simple question: "What do you hear, Yanny or Laurel?". If you’re like me and missed the memo, go ahead and take a listen right now.

What do you hear?! Yanny or Laurel pic.twitter.com/jvHhCbMc8I

Are you team Yanny or team Laurel? Upon discovering this meme, I woke up everyone in my entire apartment and made them listen to the audio clip. One of my roommates and myself heard Yanny as the other heard Laurel. An all-out brawl almost erupted on the living room floor, however, we managed to regain our composure and go on an internet quest for answers instead.

According to WIRED, Katie Hetzel, a freshman at Georgia High School, was looking up "Laurel" on Vocabulary.com for an exam and discovered that the audio sounded like "Yanny" to her. Hetzel sent the file to a few of her friends who posted the question all over the internet. The clip found its way into an Instagram story, then an Instagram poll, and finally on Reddit, where it then took on a life of its own. However, none of this explains the auditory phenomenon.

Over the last few days, people have actually dedicated valuable hours of their lives to studying the audio and trying to determine the cause of the discrepancy between listeners. It has been uncovered that the problem stems from the resonance and pitch. Brad Story, Professor of Speech, Language and Hearing at The University of Arizona, explained that the sound byte’s low-quality nature and the device people used to play the audio file have a hand in the way they hear the word.

"Part of it involves the recording, it’s not very high quality. And that in itself allows there to be some ambiguity already," said Story. "When I analyzed the recording of Laurel, that third resonance is very high for the L. It drops for the R and then it rises again for the L. The interesting thing about the word Yanny is that the second frequency that our vocal track produces follows almost the same path, in terms of what it looks like spectrographically, as Laurel. If you have a low quality of a recording, it’s not surprising some people would confuse the second and third resonances flipped around, and hear Yanny instead of Laurel."

So, thus ended the debate in my apartment. Keep your eyes peeled for the next time an internet meme causes infighting among my roommates.

From Atlantic Coast to Coast, the Royal Wedding Makes It to Nyc