New York Gal » Confession: I’m Tired of Pretending to Be Excited About Your Mediocre Parties

Confession: I’m Tired of Pretending to Be Excited About Your Mediocre Parties 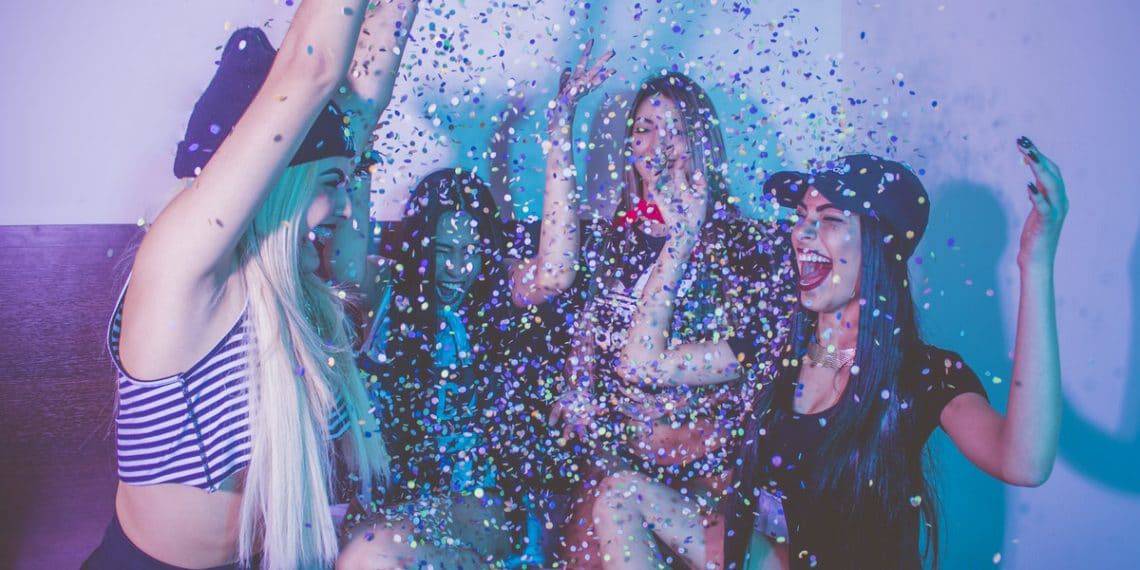 Okay. Let’s get real, y’all. Aren’t we all getting a little tired of all the mediocre parties? You know what I’m talking about. The parties that are either just mediocre AF…or they are meant to celebrate something incredibly normal.

I mean, why do we even have all these parties? Especially when they’re basically all the same (so, they’re boring) and then you’re expected to contribute in some way either through gifts or bringing “a dish”.

So, basically, you’re forced to waste time baking, cooking, or spending unnecessary money just so you don’t get labeled as an “asshole”.

But, of course, we’re expected to go and pretend to give a shit about every little (often – very common) “accomplish” in someone’s life just because this person is your friend or cherished relative and you don’t want to hurt their feelings.

There is a social and cultural expectation that everyone will just put up with this, just because it would be “rude” not to. But, where does it end?!

Can we at least get a to a point in society where it’s acceptable to not go to every boring party? I’m willing to cop to the fact that I’m a bit of a cynic but come on! I can’t be the only one who is just a tad done with the mediocre parties that never seem to end.

Here are 4 reasons why I don’t think I should have to fake enthusiasm for your mediocre parties anymore:

Let’s be honest. Party throwers are basically saying, “be excited about something that I’m excited about because I’ll totally be offended if you aren’t”.

But, seriously? That’s not how life works. Different things excite different people. And the people who aren’t excited about the same things you are should be allowed to feel that way without being considered “rude” or a “downer”. Sometimes I DO get excited to go to parties (yes, even the pointless ones), but why should I have to agonize over every stupid one of them?

Not all parties are created equal and I’m fed up with putting up with the tediousness when it’s on you for throwing a snooze fest of a party. Hell, it may just not be my type of party! It’s not always about you.

My not wanting to go to your baby shower doesn’t mean I’m not happy for you or even that I’m not excited to meet your adorable little baby when it escapes your womb. It just means that I have better things to do on a Saturday afternoon than be surrounded by women ogling over “how huge” the expected mother is. Can’t we just agree to chill at a different party where diaper genies won’t be the “hot topic”?

Because turning a year older isn’t even an accomplishment

Alright. Don’t get me wrong. I’m NOT against celebrating your birthday. Especially if that’s your thing. It’s not my thing and I still celebrate to some degree or another every year. However, I don’t think an elaborate party is warranted every year in most cases.

Every 5-10 years? Sure. But damn, it’s not an accomplishment to not die for a year. It’s completely arbitrary and a bit ridiculous. And, I’m pretty tired of feeling obligated to buy a gift and pretend to give a damn every time someone I know turns a year older. I can barely even be bothered to do the whole Facebook birthday thing anymore.

If you care, that’s great. But don’t expect me to care that another year has passed for you. You’re not that special.

Because your excuse to throw a party is bullshit

News flash: you don’t need an excuse to throw a party. Really, the excuses are less about throwing a party and more about making people feel obligated to contribute to something YOU want to do in some way.

I mean, seriously? If I must agonize over one more freaking “gesture” gift, I may lose my shit. There’s a freaking present for everything now-a-days. Birthdays, weddings, new babies, new houses, and on and on. It’s a vicious cycle because then you want to have “revenge parties” just so other people have to go through the hell of obligatory gift giving too.

Sure gift giving is a nice gesture and a fun exchange. But let’s be honest about it, when you’re in your 20’s still trying to pay off your student loan debt and the concept of a “savings account” still feels like a fantasy concept – gift giving feels more like a money wasting chore instead of a fun gesture.

Don’t get me wrong, I like giving gifts. But, damn. One for every fucking occasion? To the point that it feels expected instead of a nice thing to do occasionally? It’s too much and frankly takes some of the fun away from it.

Honestly, I respect the weird people who have “movie marathon” parties and extremely simple casual get togethers more than the traditional party throwers. At least that is way more upfront, accepting, and more chill than this manipulative game of excuses to get gifts and bore me to tears.

Because it’s a wee bit sexist

When all is said and done, I can almost accept the arbitrary traditions of parties. I mean, I get that other humans like to socialize more than me and feel the need to celebrate every stage of their lives for some reason. But I still can’t help but be a bit peeved about the sexist elements of it. Which of course means that I feel unfairly judged just because I’m a woman.

As a woman, it seems to be expected that we deal with the gifts, prepare the “dish” to bring, and even plan the stupid outfits us and our SO will wear to the events. Plus, let’s be honest. For every single party a man is expected to attend, there are like two for women.

For those of us women who aren’t as social as society would lead you to believe we should be – this can be a real challenge. We tend to just feel constantly drained by the idea that we’re constantly expected to be socializing. Then, we end up even more resentful towards men who don’t have to put so much effort into socializing. Jeez. Wouldn’t that be nice?

7 Things to Do to Help You Fall Asleep