Here is the magic formula for our favorite 90s dance songs. 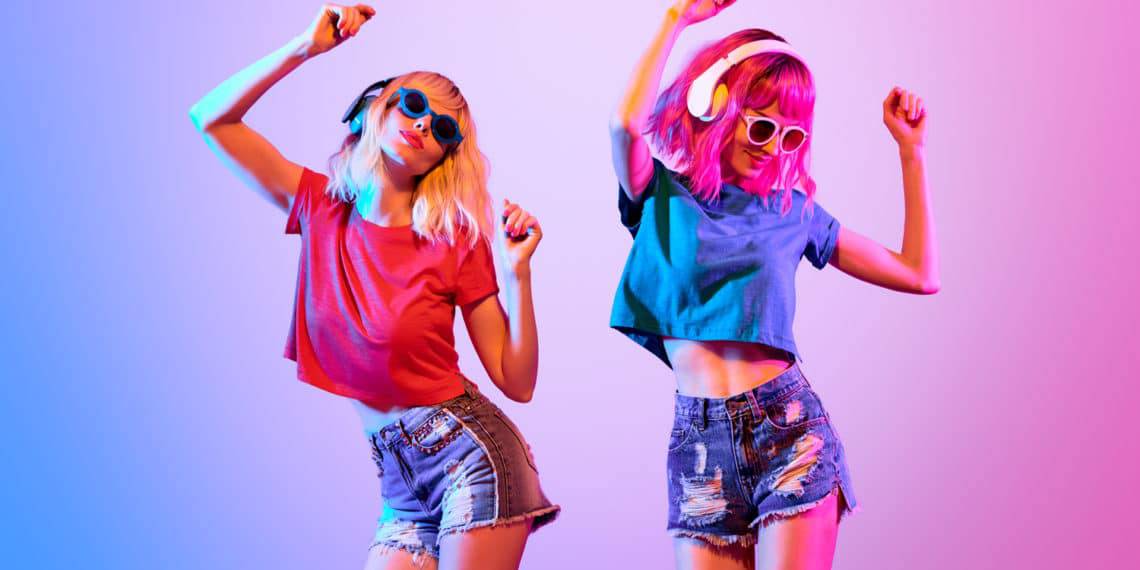 90s dance songs are the bomb. I mean, really, have you ever been at a party where they blasted the 90s and had a sh*t time?… I didn’t think so.

So, what is it that makes all 90s dance songs the ultimate crowd-pleaser? Is it the belting singers? The instrumentalists? The honky choreographed dance that goes along with it?

To be honest, we don’t really know why the 90s lift our mood and get us in the groove…but we do know that all 90s hit dance songs have these 5 things in common. Let’s call it the magical formula to get your a** on the dance floor.

1. An Exhausting Repetition of Lyrics

Ok, you guys know what we’re talking about- all these songs have a repetition of lyrics that for some strange reason does not get on our nerves. Seriously, if it was paired with any other song we’d be like “shut up”.

But, these lyrics actually energizes us and we end up singing along because we know all the lyrics…obvi.

Then inevitably, “Be My Lover” and “Blue Da Ba Dee” is on an infinite replay in our head. But hey, there could be worse things.

90s dance songs are infamous for their high energy and positive lyrics. No one is going to dance to a song about regrets and losses. That’s why the music makers of that time made their songs about love, art, and of course, dancing.

I mean, could you really step off the dance floor when a song like “Rhythm Is A Dancer” starts to play? No, I’m sorry, you’re glued there until the song is over.

A great quality of 90s dance songs is that they incorporate more than just one genre. Most use electronic music mixers, which became popular during the 90s dance music craze. It was an easy way to fuse a bunch of sounds together to create something totally different…until all 90s dance bands starting doing this and then they all started to sound the same.

Many of these hit songs include genres such as soul, pop, jazz, electronic, and rock. Fusion genres make for a very unique sound- so, you definitely know you’re listening to a 90s dance song when it comes on.

4. A Whole Lot of Instrumentals

Instrumentals are a must when it comes to dance music. Lyrics are great and all, but with 90s dance songs the music artists kept it pretty simple, so we, as dancers, could focus solely on our moves. That’s why there is ALWAYS a much-anticipated dance break. It’s important to be able to have a continuous instrumental beat to rock your body to. And, it makes it easy for practically anyone to get up and get jiggy with it in their ripped denim and big scrunchie.

If the vocals were soft and melancholy, then no one would be dancing and the DJ would go home early. That’s why these 90s hits always have high-energy vocals that encourage people to get up and jive.

Who can say no to “Groove is in the Heart” by Deee-lite? The vocals in that song force you to shake your groove thang with your flannel tied around your waist. And, that’s what makes 90s hit dance songs so so magical.

What Was Hailey Baldwin’s Net Worth Before Marrying Justin Bieber?