Express Yourself with These Top Memes 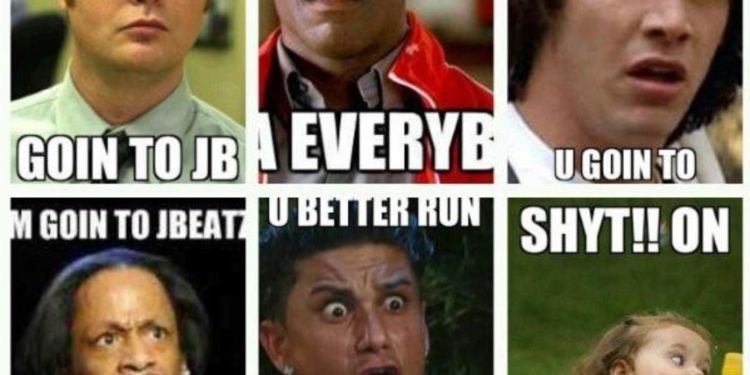 Can you believe it? 2018 is half-way through and social media is buzzing with shade, hilarity and endless memes for our viewing pleasure.

Just when you thought the internet couldn’t get funnier it proves it can. The best part of memes is how they are nondiscriminatory with victims ranging from Cardi B’s baby picture, Pregnant Kylie Jenner to Salt Bae and Willy Wonka.

He can be found going through someone’s iPhone, complaining on Yelp or lying on a job application. Evil Patrick is the best meme to sum up what we all are thinking about the driver who has the aux-cord and has played the same song 10 times in a row. Ladies, whether it’s a new haircut or extra fitted sweatpants we all can relate when our man (or Michael B. Jordan) walks into a room looking like a snack.

This meme became popular after Kylie released a mini-documentary of her hidden pregnancy of daughter, Stormi, in early 2018. 2018 has been an amazing year for Cardi from the release of her album "Invasion of Privacy" to her bundle of joy, Kulture Kiari Cephus, with Migos star and fiance offset.

It was only recently that this photo came out and the internet hasn’t been able to let it go. This meme is a reminder of how we all used to be that unbearable child with the attitude of a 45-year old. The picture is hilarious too because you can already tell what she is saying. One of my personal favorites is Broski Kimberly; yes I made it up and no, I’m not sorry about it. The fact that the symbol for vanity in the 21st-century looks like she swapped highlighters for heavyweights is nothing less than awesome.

This meme is best used when you find yourself shredding your WOD or annihilating a 30-rep burpee set. A true classic is the ‘think about it’ meme. This meme is perfect for when you get to a point in the argument over brunch plans with your best friend and figure out the place she’s set on has been closed since 2012. A true classic- never gets old. Basketball player, Nick Young, will forever be known not necessarily for how many 3-pointers he dunked last week, but for his face in the ‘excuse me’ meme. This meme is perfect when someone makes an ignorant statement or suggests something that is so stupid it needs no answer. Memes are the very reason why the internet has no chill. Once inducted into the meme world you will forever be immortalized on the walls of past presidents, celebrities and small children making funny faces. The best part is that no one is safe; consider yourself warned.

Why We All Need a Little Head