New York Gal » Women Who Dared to Discover: 5 Women Scientists You Should Really Know About

Women Who Dared to Discover: 5 Women Scientists You Should Really Know About

What you need to know about these amazing women that gave their lives to science. 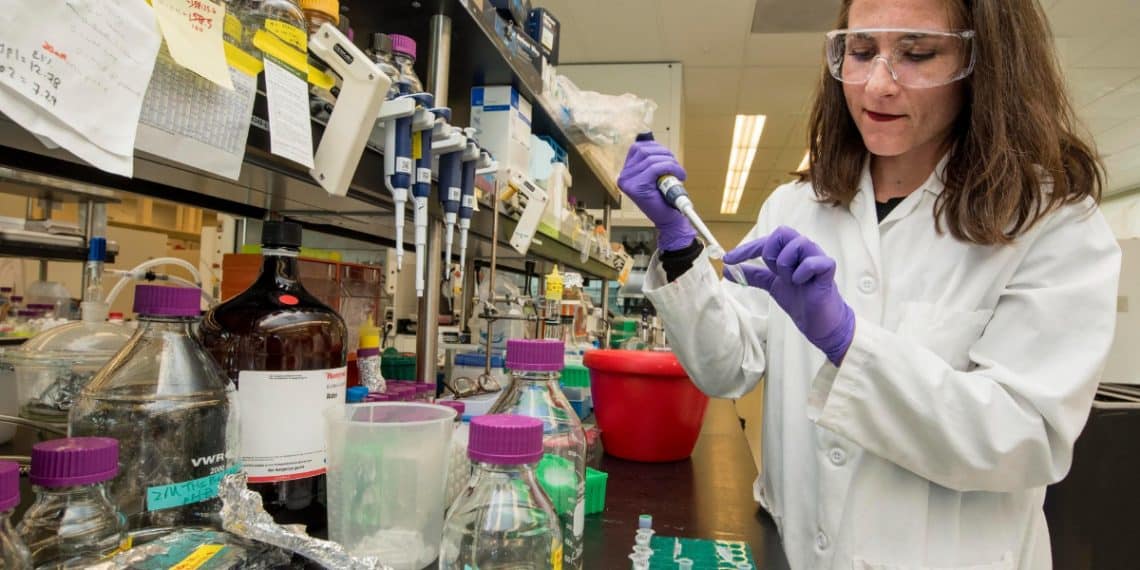 Science is a fascinating subject that encapsulates the study of every tiny microorganism and what lies beyond the earth’s surface. It isn’t surprising that so many students are captivated by the subject as it is the leading cause of every developmental activity in the world. From helping people solve their problems to helping create sustainability in the environment, several sub-sections of the subject have contributed significantly to humankind. While several popular names stand out, many women scientists have given their lives and souls to science and are worth knowing about.

During one’s academic career, it is likely for students to come across this subject. Science is a mandatory field of study taught by teachers while in school. However, some scholars take it up as their major in their university and college. To excel in one’s overall degree, though, it is crucial for them to be equally good at other fields such as Maths. If one needs help with assignments to write a stellar paper, it is best to get their math homework done by Edubirdie such that the grades don’t hamper their overall educational performance. This also ensures that one doesn’t miss out on assignment deadlines.

There are incredibly strong female names in history, whether as a book writer or as a world discoverer. In this article, we will talk about some of the most famous scientists who have inspired young girls everywhere. These women in science are a beacon of hope who prove to the world that if a woman wants it, she can have a career in whatever field she chooses. Here are some names that everyone should know.

Marie Curie is perhaps one of the most famous scientists to have ever lived. She is also the first woman in history to win a Nobel Prize and the only one ever to have won two Nobel Prizes in two different disciplines: Chemistry and Physics. Curie spent her life studying radioactivity with her husband, Pierre Curie. She also discovered two new elements: Radium, and Polonium. She also founded the Curie Institutes in Warsaw and Paris, which are still active today innovating medical research.

Henrietta Levitt was one of the female astronomers who were hired by Harvard to assess the data gained from the observatory. Leavitt’s job was to analyze variable stars that dimmed and brightened at specific intervals. While working for Harvard, Leavitt successfully classified and identified 2,400 stars. With her analysis, astronomers were able to change their perception of the universe and measure the distance to several galaxies.

Mary Anning was one of the most famous scientists who spent her life looking for fossils in England. Anning made startling discoveries that helped shape today’s paleontology department. She found the ichthyosaur fossil as well as the two plesiosaur skeletons. Even though she was never allowed to fully join the Geological Society of London due to her gender, she continued her work. In 2010, recognizing her influence, the Royal Society deemed her one of the top ten British women in science.

Lisa Meitner was an Austrian physicist who had a significant contribution to the field of nuclear physics. She was the first woman professor of physics who frequently worked with a chemist, Otto Hahn, on his experiments. Hahn was working on uranium, and his experiments successfully broke apart from its nucleus. By working with him, the process of nuclear fission was explained by her physics. Hahn won the Nobel Prize for his discovery, but Meitner did not share the award. However, after her death, she received several honors, including the element 109 meitnerium named after her.

Alice Ball was one of the most revolutionary women scientists who helped pave the path for other African-American women like her. She made a significant contribution to the treatment of leprosy. While working with Dr. Harry Hollman in the analysis of chaulmoogra oil, a cure for leprosy, Ball successfully isolated the ingredients. It made it possible for doctors to inject the chaulmoogra oil into patients. She died before the results were published. But the process with which the ingredients are separated is called the ‘Ball Method’ in her honor.

These women scientists were not only exceptional at what they do but are also solely responsible for inspiring millions of girls worldwide to take an interest in the field of science. Years after their death, they live on due to their exemplary work and significant contributions to the field of science.

Importance of Detoxing During Period, For Pain Relief