New York Gal » Why It Might Be Worth Going Vegan 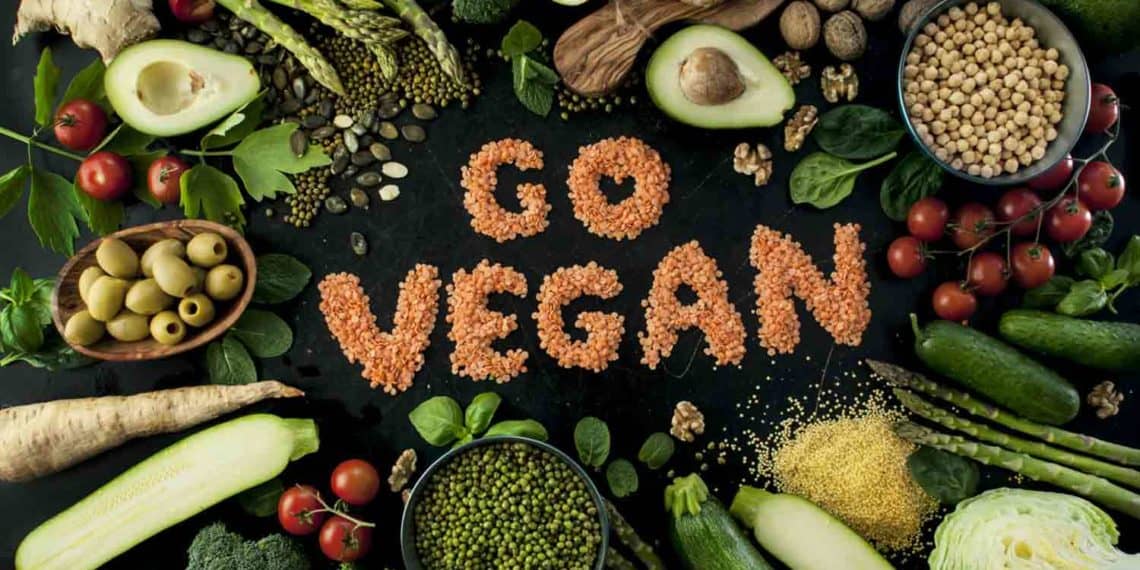 Five years ago this month, I became a pescatarian. I’ve never been much of a carnivore. Even when I used to eat meat, I only ate poultry and occasionally some Korean BBQ. Additionally, I still lived under my parents’ roof and my family’s diet consisted mostly of meat. It’d have been rude to make whoever was cooking to prepare a separate dish for me.

Once I moved out of the house for college, I had the autonomy and ability to eat in however way I wanted. Ironically, while my peers were gaining the notorious “freshman fifteen,” I was maintaining, if not losing, weight. I knew I wouldn’t have the time or resources to make certain my meals had enough protein during school, so I left seafood and fish in my diet. Plus, my relationship with sushi grew stronger once I had tasted NYC sushi.

My transition to veganism

However, I was lactose intolerant, and still am, so I was basically a vegan who occasionally ate fish. And, sometimes I tortured myself by sneaking in real ice cream, only to regret it later. After a few years, I felt like I was half-assing veganism. One of the main reasons I chose this lifestyle was because of ethics. However, I was still eating seafood and animal byproducts. I wanted to stop being a hypocrite.

I transited into having a vegan diet last May entirely, and I could not be happier with my decision. Even though I’m just one person and in hindsight not making that much of an impact on the environment, at least I’m doing my due diligence. Plus, my stomach is thanking me for not making it upset from dairy products.

With veganism popping up in headlines for what seems like every week, it is almost impossible to dodge the discussion. While some might think this might be just a popular diet or trend, like paleo and keto, veganism has been around for quite the while. Luckily, it’s on track for becoming extremely mainstream. More supermarkets are beginning to carry vegan products, and even McDonald’s is introducing vegan options to its menu.

Each person has their reasons for/ becoming a vegan, and they’re entitled to them. If you’re on the fence about becoming one and need someone to sway you, then you’re on the right page! Here are some of the benefits of maintaining a vegan diet:

The obvious: do it for the animals

If you ever watched Food, Inc., What the Health, or any other pro-animal documentaries, you already know the cruelty of killing innocent animals for food. With the increasing number of species becoming extinct, if we keep killing them, our future generations might not even have cows or pigs in their environment. At the very minimum, these animals are innocent, defenseless creatures, and their lives end at the expense of human beings.

Plant-based diets often times lead to healthier mood states — less tension, anxiety, depression, anger, hostility, and fatigue. Plants, particularly fruits and vegetables, carry high levels of antioxidants, which reduce your brain’s free radicals and improve the symptoms of anxiety and depression. Meat often has the opposite effect. Since animals produce large amounts of stress hormones on their way to slaughter, the hormones can also affect the mood of the consumer.

By going vegan, you will feel good about yourself, which can translate to improved productivity and better relationships with other people. A stress-life because of veganism will make it very easy for you to work with other people, complete projects with them, and create healthy friendships with individuals outside of your social circle. Thus, your mental health will surely thank you for going vegan!

Improve your fitness and wellness

A common misconception about forgoing meat in your diet is that you’ll lose energy or muscle mass. In reality, quite the opposite is true. Meat and dairy are hard to digest and often have excess fat that leaves you feeling sluggish. Adopting a vegan diet might, in fact, boost your energy and strength. Vegan bodybuilder Robert Cheeke says:

“No matter what sport you’re involved in and no matter the level of performance you’re shooting for, you get the best nutrition and plenty of protein from a whole-food, plant-based diet.”

Whole plant foods contain both high quality and quantity of protein: green vegetables, whole grains, legumes, beans, nuts, and seeds. You need approximately 40-50 grains of protein per day, which is totally attainable by eating those foods.

If you have been trying hard to lose weight for years but to no avail, switch to veganism. Sticking to a vegan diet can become your ticket to do more at the gym and engage in more physical activities. This might be the only solution you need for you to finally achieve your weight and fitness goals!

That’s not all! Your skin and digestion will also immensely improve with a vegan diet. Many people are unaware that dairy is one of the worst offenders for acne. Animal products are rich in fatty acids, which inflame your skin and makes it oily, making it prone to acne. Plant-based food is high in fiber, and fiber not only eliminates toxins in your skin but also promotes healthy bowel movement, which in turn helps with digestion,

Heart disease and type 2 diabetes are the leading health problem in the United States. According to a study conducted by Harvard Medical School, doctors have successfully reversed cardiovascular disease in patients by prescribing a low-fat vegan diet. Similar results showed in patients with type 2 diabetes. Animal products are rich in saturated fat and cholesterol, which are major contributors to both conditions. Even if you don’t have any health problems, a vegan diet can prevent you from having complications later on in life.

Aside from heart diseases and diabetes, going vegan can also lower your risk of lupus. There are a lot of reasons why people develop lupus, and one of these is the kind of food they frequently eat.

By sticking to a natural and plant-based diet, you can have peace of mind knowing that you are not feeding your body with chemicals. Thus, changing to a plant-based diet is essential, especially if lupus runs in your genes. You can click here to know more about this disease, its symptoms, and treatments.

Save the environment and reduce your carbon footprint.

Did you know that factory farming contributes to human-made pollution at a greater degree than transportation does? It takes about 40 calories of fossil fuel energy to make one calorie of feed-lot beef in the US. In comparison, it only takes 2.2 calories of energy to create an equivalent amount of plant proteins. If you need a bigger picture: one pound of hamburger meat equals 75 kg CO2 emission. That is about the same as using your car for 3 weeks.

If you’re not sold on this veganism idea now, then consider this. Eating a vegan diet could be the single biggest way to reduce your carbon footprint. This is your personal environmental impact on the planet. Researchers at the University of Oxford found that cutting meat and dairy products could reduce your carbon footprint from food by up to 73%.

Work With A Pro

There are a lot of benefits when you start to go vegan. Aside from improving your overall health and wellness, this diet plan will also create a huge impact on the lives of the animals and the condition of the world’s natural resources. Veganism is definitely a win-win for everyone!

However, for you to achieve optimal results from this plan, it’s best if you talk to your doctor first. Transitioning to veganism will require your body to adapt to new practices, and doing this abruptly can only result in health risks. Avoid this from happening by working with a doctor throughout your entire journey towards veganism.

Short-term Celibacy Can Help with Your Long-term #relationshipgoals