What’s the Deal with Khloe and Tristan? 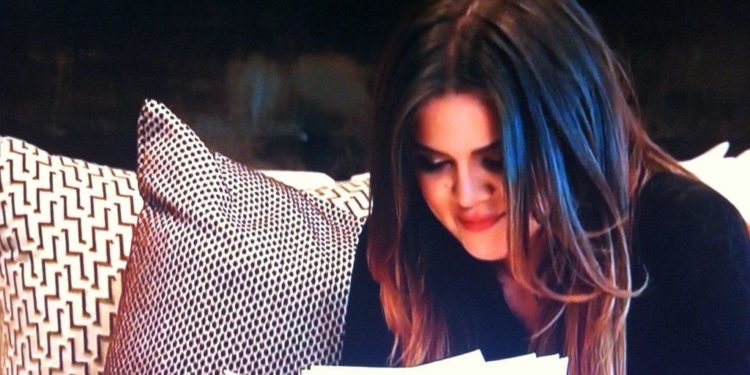 What is going on in the Kardashian household? Fresh off the drama of will Khloe take back her cheating baby daddy or won’t she, it seems that all is right again in their world. Maybe even perfect?

After reports and video evidence surfaced of Tristan Thompson, father to Khloe Kardashian’s daughter True and NBA Cleveland Cavaliers player, cheating on Khloe multiple times while she was pregnant with his child, it seemed as though their relationship was on the rocks. Doomed.

In the heat of the drama, Thompson blocked Kim Kardashian West from viewing his Instagram profile- what we can assume was a power play. Why did he need to make the move, we ask? Sigh, we will never know. However, since Khloe has publicly indicated that she plans for the couple to stay together, the rest of us, Kim included, need to get back onboard in shipping this relationship.

At Khloe’s 34th birthday party over the weekend, Kim posted a video on Snapchat asking Thompson to unblock her on Instagram. As a gesture of goodwill among family, Thompson agreed to the request, and Kim recorded the evidence.

Let’s not forget the best moment of that video, where Kim tries to get Thompson’s passcode for her sister. Ultimate supportive sister goals!

This leads to the latest question in the long-running series of Keeping Up with the Kardashians…What is up with Khloe hiding her ring finger? Have you noticed? We have!

In some of the pictures from her birthday party, it looks as though her left hand, specifically that tell-tale ring finger, is deliberately hidden from view. However, in other pictures, it’s clear that there’s no rock. This whole potential engagement rumor stems from a dinner date the couple went on last week, where a large diamond was prominently displayed on Khloe’s left hand. There was also a different picture taken around the same time with Kim, Chicago and True where it looked like Khloe was intentionally holding her hand so a ring would be hidden.

Although we have not yet totally ruled out the possibility of an engagement, it seems a bit unlikely. Not even three months ago, we were all in an uproar about Thompson’s philandering. Could their relationship problems really be worked out that quickly? Probably not.

What’s most important here is that reports indicate that Khloe and Thompson are the happiest they’ve been since the scandal became public. Now that the NBA season has ended, the new family has relocated to L.A. to be around the Kardashian-Jenner crew. If Khloe is willing to overlook Thompson’s infidelity and give him a second chance, it’s about time we do too. However, if Thompson hurts her again, the full force of Twitter will descend upon him in a wrath, unlike anything he has ever experienced.