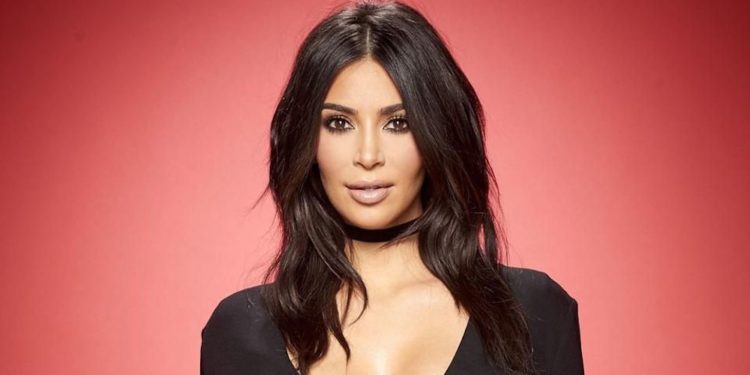 In the latest abnormal political drama, Kim Kardashian-West met with President Trump at the White House this week to discuss prison reform. Read that sentence again, if you must. Kim K is popular for many things, but her advocacy on prison reform is something I simply have not heard from before.

Prison reform isn’t only the greater problem that Kardashian-West is addressing. She met with Trump in the Oval Office Wednesday to specifically discuss the case of Alice Marie Johnson.

The meeting with Trump, which was initially reported by @VanityFair, marks the culmination of months of @KimKardashian West’s behind-the-scenes efforts to free #AliceMarieJohnson. pic.twitter.com/EyGwQ2vct1https://t.co/We2L0m6bFV

Johnson, 63, has been serving a life sentence for her first offense of a non-violent drug-related crime since 1997 and has not been eligible for parole. She was convicted in 1996 after being charged with eight criminal counts of cocaine trafficking. Mic reports that Johnson became involved in the traffiking ring after a significate period in her life where she experienced a heavy loss – she lost her job at FedEx due to a gambling addiction and was going through a divorce when her son died in a motorcycling accident. This toxic cocktail propelled her life into drug trafficking.

“I felt like a failure,” said Johnson. “I went into a complete panic and out of desperation, I made one of the worst decisions of my life to make some quick money. I became involved in a drug conspiracy.”

Over the past 21 years of her imprisonment, Johnson has become a model inmate. However, when the Obama administration released the application criteria for clemency, Johnson and her team of lawyers believed she exceeded the expectations, however, her application was still rejected only a few days before the end of Obama’s last term. Hope was not lost.

When social media brought attention to Johnson’s case, it also brought Kardashian-West’s attention. Over the past few months, Kardashian West has been very involved in the plea for Johnson’s freedom, hiring a new team of lawyers to represent the great-grandmother along with meeting with the President, which brings us to the present day. The meeting between Kardashian-West and President Trump occurred on May 30th, which is Johnson’s birthday.

Happy Birthday Alice Marie Johnson. Today is for you 🙏🏼✨

Kardashian-West has also been developing a relationship with Jared Kushner, Trump’s son-in-law who is also his advisor, on his proposed Prison Reform and Redemption Act, which is aimed at reducing the percentage of criminals who re-offend, and offers more programs in helping former prisoners successfully reintegrate into society. Johnson issued a heartfelt statement regarding the star’s continued support.

“There are no words strong enough to express my deep and heartfelt gratitude,” said Johnson. “Ms. Kardashian, you are quite literally helping to save my life and restore me to my family. I was drowning and you have thrown me a life jacket, and given me hope that this life jacket I’m serving may one day be taken off.”

To Kardashian-West’s credit, after the meeting, she said that it went well and she has high hopes for Johnson’s future.

“I think that he really spent the time to listen to our case that we were making for Alice,” said Kardashian-West. “He really understood, and I am very hopeful that this will turn out really positively.”

I’m sure stranger things have happened than Kim Kardashian-West successfully pleading her case to President Donald Trump and securing the release of a 63-year-old imprisoned great-grandmother. This meeting is indeed one for the books.