For Those Rare None-BeyHive Members 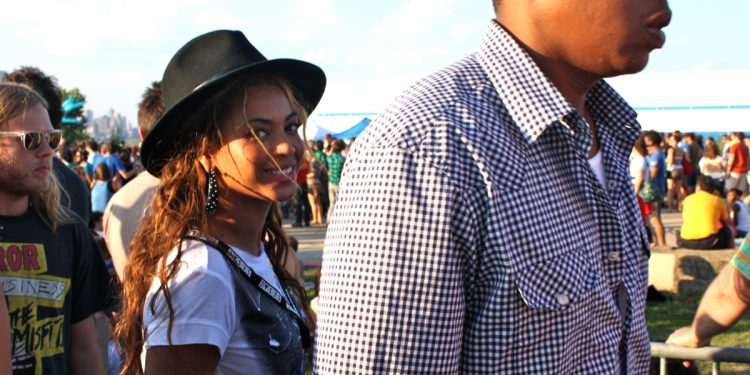 For the Beyhive and stans “boy bye” is a no-brainer, but for those that have no earthy clue, this one is for you! Have you ever had someone say something so bizarre to you and you just thought, the audacity of that person to even have the balls to let such preposterousness come out of their mouths? That’s where boy bye steps in.

Boy bye is a double entendre, it not only means leave, get out of my face; it also means shut up. You can use it when someone says or does something completely ignorant and you have no other words to describe how disgusted or disappointed you feel. Just as Beyoncé felt in the song ‘Sorry’, you are dismissed, nothing is left to be said.

In Beyoncé’s case, she uses boy bye to alleviate her pain after being cheated on. You can feel the rage in her voice, kind of like the rage Solange had on the elevator. This came as a surprise to everyone because they are such “couple goals” nobody expected Jigga man to cheat, especially not with “Becky with the good hair.”

However, boy bye serves as a term of empowerment as she breaks free of her relationship to party with her girls, waving the middle finger in his face without regard to his feelings and thinks solely about herself and happiness. And when you think about it in times such as that, the best thing to do is get out with girlfriends and have a good time to get your mind off of the betrayal.

In true Beyoncé form, she always finds a way to get a female anthem going with self-love. From the likes of Irreplaceable, Independent Women, and Bootylicious she takes countless lemons and makes sweet lemonade even while twerking.

By now you should have enough information to use this phrase with ease, but if you’re not sure fret not. Let’s practice If somebody says something you don’t agree with, feeling disrespected and you’re over it? You’d rather exit stage left than completely spazz on somebody, guess what boy bye!

Boy bye can be used jokingly or seriously, it depends on the mood and tone of voice. Someone can say a corny joke and you can say “boy bye” like get outta here with that weak joke, or you can be like Beyoncé and say “Big homie better grow up.”

Take A Load Off

Let it go like Elsa, that’s the overall premise. Think like Bey, what do you think her mental state would’ve been like had she bottles those emotions up to save face for the world? Boy bye is essentially a stress reliever; when you let things go you’re shedding negatively or things that cause you pain or agony.

It’s ok to say leave me alone and get out of my face. Boy bye! I don’t want anything to do with you! It’s also ok to say “I aint sorry, uh uh hell nah!” There’s no rule to it, it’s just words, and words are meant to be used. Have fun with it, enjoy it.

So now that you know what boy bye means and various reasoning and ways to use it what are you gonna do with it? Make it fun, try it out on friends and see the reactions you get. Calling a female a boy might get you a greater reaction than expected. The takeaway should be to hone your space and respect yourself enough to not allow others to take you for granted.

If someone doesn’t appreciate you the way they should you know what to say… BOY BYE!