Who will be tickling your V this weekend? 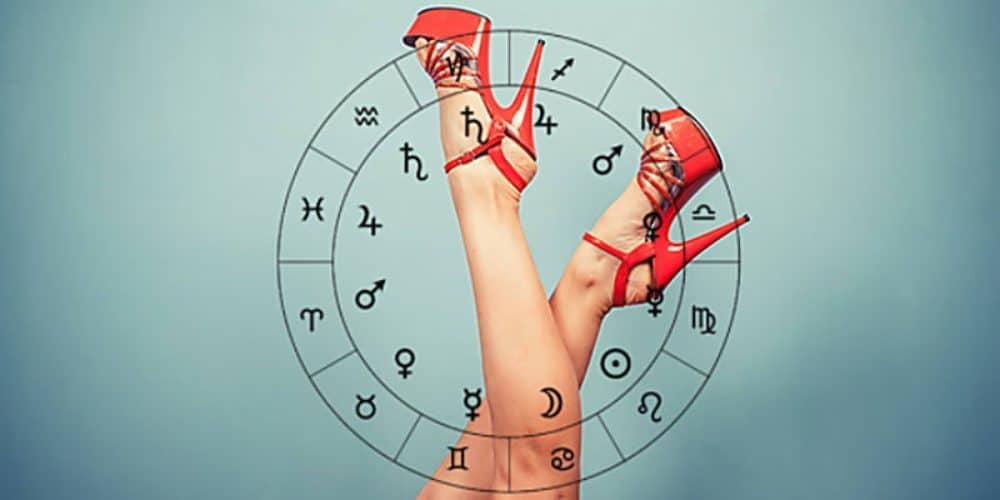 On September 15th, when Mercury connects with Pluto, you need to be careful with what you’re promising your partner. Often times, Aries, you say you will do all of these things that you know youdefinitelywon’t do. Your partner is getting sick of the let-down and you’re digging yourself into a hole.

This weekend, try actually following through with the dates, the conversations, the sexual favors. Remember, if you start giving, you may start getting!

Taur, Mercury connects with Pluto on September 15th, which will finally bring light to your relationship. Thank the Lord, because no one knew what the hell was going on with that. Does he like you still or is he completely over it?

This weekend will be the weekend to have this conversation, delving into the “not-so-pretties” of your relationship. Grab a box of tissues, because it’s ok to cry! Just remember if the conversation ends with him leaving, you’re still fabulous!

Gem, on September 15th, Mercury will connect with powerful Pluto, which will bring a secret to the surface between you and your lover. Dun…Dun…Dun.

Don’t be scared, little Gem, because this secret isn’t necessarily bad. An untalked about kink might improve the longevity of your sex life and add some spark to the rather dull (yeah, I said it) sex you’ve been having. If this is the case, don’t shy away too fast, give it a chance. Even if you don’t like what he’s suggesting, this kink could open some exploratory doors. Get ready for some fun, Gem!

Cancer, your relationship is as solid as ever right now and that’s great because your insecurity was definitely getting the best of you for a while. Can’t you just remember you’re a boss bitch all the time?

This weekend is the perfect time to showcase your confidence by bringing your man out for the world to see. Dress up in that cute little number that hugs your curves just right and dance the night away at a rooftop bar before it gets too cold! All eyes will be on you two as you rock the dance floor and fall in love with each other all over again.

Ok, Leo, get ready for some drama. I know you hate hearing that, but honestly, it’s brought on by you and your damn paranoia. Your obsession with accusing your partner of adultery is maddening and they’re getting extremely fed-up.

This weekend, a fight will explode between you and your partner that will either make you or break you. My advice is to put down the wall you’ve been hiding behind and be vulnerable for once. Let your partner know why you’re feeling the way you’re feeling. Hopefully, something good will come out of it!

Virgin Virgo, you’re going to get a date invitation this weekend that you cannot turn down! No, it’s not the hottie at your local bar that you’ve been eyeing for months, but it is someone who you’ve crossed paths with a few times.

Make sure you are seen this weekend in order to get this invite. Hiding on your couch eating Halo Top and binging Netflix will not bring this suitor into your life. Be proactive- the universe is behind you!

Libra, your partner may be giving you unrealistic expectations, so be very careful of what you believe this weekend. If it sounds too good to be true- it probably is.

If you’re getting frustrated by this constant let-down, make the time to have the discussion with your partner about the dynamic of your relationship. He may not listen (most men don’t) but, hey, it’s worth a try!

Septemeber 15th will bring a very important conversation to the table, Scorpio, and it’s one that you may not be ready for. However, don’t let that discourage you from participating in it and remaining open.

The conversation, though shocking, will be honest and raw and you should encourage your partner to share their feelings with you while also doing the same. The result could be a trainwreck if not taken delicately but will be something beautiful and rare if treated with respect.

Sagittarius, you’re having an internal battle again. Do you want a relationship? Are you happy? Or, are you happier single and free?

This weekend is the time to make the important decision of where you want to be in your life at this present moment. Relationships sometimes bog us down, and it’s ok to take a little break to refocus, but don’t leave your partner confused and in a fog- be direct.

On September 15th, deep secrets about your past will be explored by someone unexpected, creating an even more intense connection between the two of you. Cap, you lovedeep conversations that lead to sex, so hop on that train and ride it ’till dawn.

This weekend, make sure you put yourself near open, vulnerable people, who have that same deep spirit as you. This will allow the chemistry between you and a lover to build and peak.

Exciting things are happening this weekend, Aquarius, and you’ll be head-over-heels with your partner as he tries to once again woo you like he did when you first started dating!

This weekend, he’s bringing moves to the bedroom that you’ve never even heard of, rocking your world, and turning you from a daytime princess to a nighttime sex kitten. Totally embrace this opportunity to show him your wild side. He will be glad to get out of the sexual rut and rediscover all his favorite parts of you.

The 15th will have you wanting to have an important conversation, Pisces, but I suggest you wait until the 16th to actually bring it up to your partner. The air will be less tense at this time and it will allow for a more peaceful conversation.

Here’s How Going Commando Can Benefit Your Health