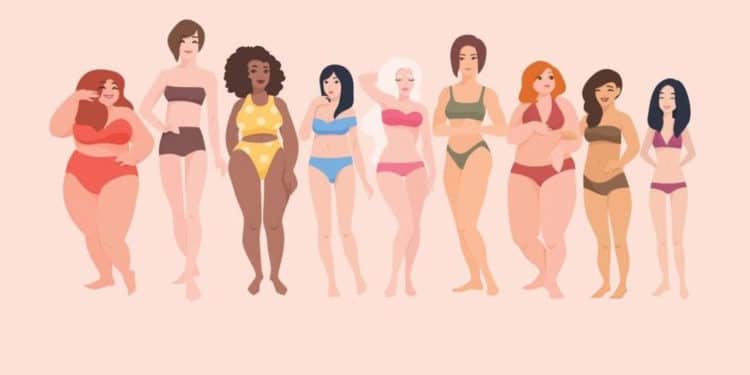 Although Instagram is a great tool for marketing, finding fashion/makeup inspiration and staying connected to the world and friends, it can also be a source of discouragement and spark self-loathing in even the most confident of people. It’s essentially a highlight reel of when users look most attractive, buy new clothes, go on holiday, socialize and, notoriously, eat aesthetically pleasing food.

A study named #StatusofMind aimed to bring this increasing issue to light.

In a survey of 14-24-year-olds, the study focused on the impact that social media makes on the well-being of young adults. The results weren’t surprising either. With almost 14 different issues listed, some of them includingAnxiety, Depression, Body Image, Real World Relationships, Self Expression, and FoMO.

As of June this year, the number of Instagram users is at 1 billion, and that number will most likely continue to grow. In 2015 the number was only 500 million. And, of course, nobody is in a hurry to delete their account as much as it may affect their lives and self-esteem.

Also, who doesn’t like looking at fashionable people and attempting to emulate their look?

Instagram is as much fun as it can be frustrating. So for the sake of fashion and well-being, we’ve listed our favorite Instagram accounts that promote body positivity and don’t make you want to hide under your duvet for a week after opening the app.

Finding accounts that fit this subject felt a lot like that magazine pitch scene in 13 Going on 30, When Jenna asks, about the models in Pose magazine, “Who are these women? Does anyone know? I don’t recognize any of them.”

We wanted to include women that are “real looking” and not overly photoshopped, those that don’t edit out stretch marks, spots and smooth their skin down.

Women that are beautiful, stylish, inspiring with their looks and unapologetically themselves.

Zoë Ligon is both body and sex-positive. She’s the owner of Spectrum Boutique, an online sex shop based in Detroit, where Ligon resides. And before it’s recent cancelation, Ligon presented and tested multiple toys (we’re not joking) on Super Deluxe’s Sex Stuff show.

Ultimately she aims to provide her followers with information they might not actively find, because of the whole stigma surrounding sex toys and sex in general. Especially toward women. Plus, she’s absolutely hilarious and isn’t afraid to laugh at herself or refer to herself as Lord Farquard. Something that she’s often called by less sex-positive enthusiasts.

Okay, Aerin Creer may make you want to cry and delete Instagram forever, because of how beautiful she is. How does one get so glowy? Yet, as well as curating fashion inspiration posts, even detailed ones that outline her color strategy, she also promotes loving the skin you’re in. She knows she’s beautiful and is cocky about it at times, without comparing herself to others in a negative way by bringing anyone down.

She does her and wants you to do you. Creer’s whole outlook is intentional, by encouraging others to adopt this self-love attitude.

Regardlessof how people feel about Lena Dunham (which by the way, if anyone is angry about her “abusing her sister”- you should read her book. Spoiler: She didn’t.) her struggle and updates of suffering from endometriosis rose awareness of the illness.

In addition to that, she paints a very realistic, unfiltered image of what sickness for young women looks like. Something that is often overlooked because of someone appearing fine, young and healthy, despite their invisible pain.

Even pre-surgery, in some scenes in the series, Girls, Dunham was open about her body and appearance struggles. It’s refreshing to see such an honest and human documentation of illness from a celebrity.

You’re scrolling down Instagram and suddenly you see a no-bullshit pair of hands with impressively long, fresh, nails. The hand flies around, snapping and pointing. It’s building you up; giving you advice. Once the video ends, you are a changed person, ready to conquer anything. All because of those inspirational hands.

But Amber Wagner is more than her hands. Her other videos are equally, if not more, inspiring. The Daily Dot named her Instagram’s unofficial preacher, a title she happily received because of her obvious faith and unapologetic telling-you-how-it-is videos. Even as an atheist, I can still relate and let her body-positive, self-love, self-care and all around positivity affect me. Maybe God is a woman.

Sally Nixon is the artist behind this Instagram page. Her work, like many other artists online, may have popped up on a timeline or have been copied and, uncredited. So take note and follow her. Nixon’s illustrations of women in their “natural elements” are a comforting reminder of reality, even though they are drawings. Their authenticity seems more credible than a lot of other images that accumulate on the app.

For instance, what women wear pajamas AND make-up and laugh into their coffees at home. Something that many bloggers/influencers like to adorn their pages with. No one’s hair looks that good without needing to leave the house.

Imogen Fox’s Instagram may be a startling comparison to the accounts of celebrities, bloggers and models. She frequently posts nudes as Instagram will let her, as many of the earlier mentioned accounts do too. However, hers are different to our eyes. Fox knows this, but instead of covering up, which would be totally fine if she wanted to, she shows her 37.5 k followers her tubes, scars and underrepresented, disabled body. Each post is a lengthy (by Instagram caption standards), brutally honest and raw account of whatever topic she is discussing.

“I still don’t understand the issue with showing breasts, or nipples. They give nourishment, offer us pleasure and are part of our gender identity. My breasts aren’t unique but you won’t see many like mine in the media. Women with breasts like mine are made to feel ashamed. We believe that we are deformed, some of us even feel like our femininity is erased as a result. Sharing them with others, friends, children, partners, can feel like sharing a humiliating secret. So here I am, sharing them with 37 thousand people. Breasts, tits, bangers, knockers, boobs, they come in all kinds of shapes and sizes and none of them should come with shame, embarrassment, disgrace or fear.

Like every other inch of me, I strive to give less shits, to focus and worry less on things I can’t or wouldn’t change. My breasts don’t change how incredible I am, how empowered my body can make me feel, or what a kick ass person I am. And yours don’t either.”

Grace Neutral is the fairy-like voice presenter of Vice’s Needle and Pins tattoo show. She had her belly-button surgically removed, has completely blue eyes from injections, has scarification on her face and a split tongue. Oh, and just about her whole body is covered in tattoos.

In other words, she’s a baby-boomer’s nightmare.

Neutral takes body modification to a different, less vilified place. She defies the logic that people that are tattooed (and without belly-buttons) are all the things that other generations associate with. Her designs and alterations are as enchanting as her voice and demeanor, which is polite, reserved and educated. ID shot a video of her, with the title,The Tattoo Covered Alien Princess. She also managed to get a job “looking like that” and specializes in the Stick and Poke method at Femme Fatale studio in London.

We wrote about the fashion blogger, Katie Sturino earlier this month. Sturino, who is a size 12-ish, was exhausted with the lack of size ranges in stores. As well as the varying differences of one size across stores.

She started the#MakeMySize movement, as a way of calling out size inequality in the fashion industry and letting designers know it was time to change. After all, 97% of followers answered in an Instagram story question that they didn’t feel like there were not enough cute clothes in their size. Sturino also “supersizes the look” of celebrities or models outfits, that compliment, and fit, her body type.

Previously, the message of what the standard of beauty should be was slim, feminine and flawless. However, the increasing amount of body types that are represented, although very far from equal, is improving and women in fashion and other image outlets are becoming bigger, more natural and less edited.

Thanks to the Kardashians, it’s fashionable to have a large bum and a skinny waist. Online posts about “real women have curves” are shared millions of times by women that never saw their body type celebrated. But what about the naturally slim builds? It is in no way a comparison to what average to larger women have endured. It certainly isn’t fair to ignore and shame women for being petite, though.

Camille Jansen is a French teenage model, scouted on Instagram. She’s almost androgynous, with her unkempt hair, little to no make-up and small frame. If one word could describe her it would be effortless. Even in intentionally unattractive posts, her natural beauty and style are at the forefront of everything she does.

Because of her following, she receives mixed comments, some admiring her, others picking at her appearance. Jansen rarely addresses these and only rarely posts about her body shaming from followers, admitting that it does sometimes get to her.

Canadian Model, Winnie Harlow, has become a prominent model and body-positive spokesperson. Harlow has the skin condition vitiligo, which causes the loss of skin color, usually in patches across the body. She became a public figure after appearing as a contestant on America’s Next Top Model.

She didn’t win the contest. Instead, after being voted out, Harlow began modeling for Desigual and began scoring gigs with other brands for fashion weeks, increasing her recognition. Since then, she has been open about her childhood bullying, which lead her to think about ending her own life. Even giving a TED talk about her skin condition and continues to bring awareness to vitiligo and bullying.

Seasonal Affective Disorder Explained and Ways to Cope with It

How To Represent Yourself Through Fashion

Your clothes tell your story, how you feel and think. They express your mood and lifestyle. Your clothes connect your mind and body. To be authentic, you must dress to look like... 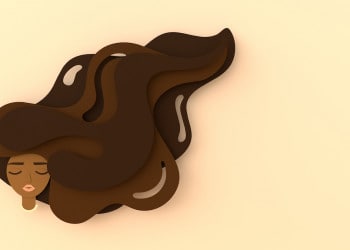 If you are looking for layered cuts for long hair, but don't know the exact style you want, look know further. We have the perfect guide for cutting and styling your long... 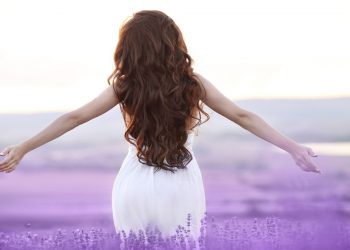 Haircuts are expensive, especially for women. Sure you can go to your local great clips and see what happens but that is a high risk situation, that probably won't reward you. The... 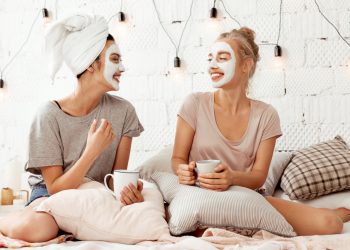 Many individuals want to know the best practices for achieving healthy, radiant, and young-looking skin. You might already know the basics of proper skin care, such as removing dirt on your skin... 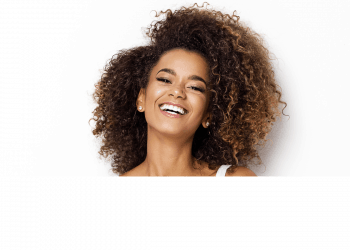 There are an infinite ways to style dark brown hair, especially because it is the most common hair color. But many similar article to this do not take into consideration the various... 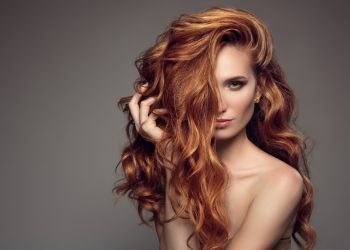 5 Tips to Help You Unlock Your Hair’s Potential

Many people consider their hair to be their crowning glory. Especially for ladies, the condition of their hair is crucial in dictating their overall look. Maintaining a specific volume can be achieved... 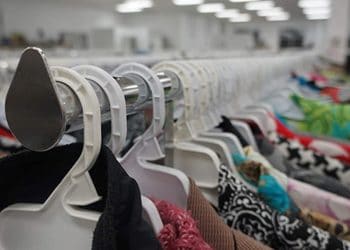 Allow us to help you become the fashion connoisseur. Thrift stores in NYC are the best way for fashionistas to find their hidden gems with extra money in their pocket for the... 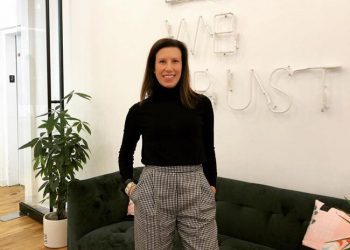 What's a Fashionologist you ask? Well, Fashionologist is a unique blend of an experienced psychologist with a devoted fashion lover. There is no doubt that fashion holds great power over your self-confidence,...

What Was Hailey Baldwin’s Net Worth Before Marrying Justin Bieber?