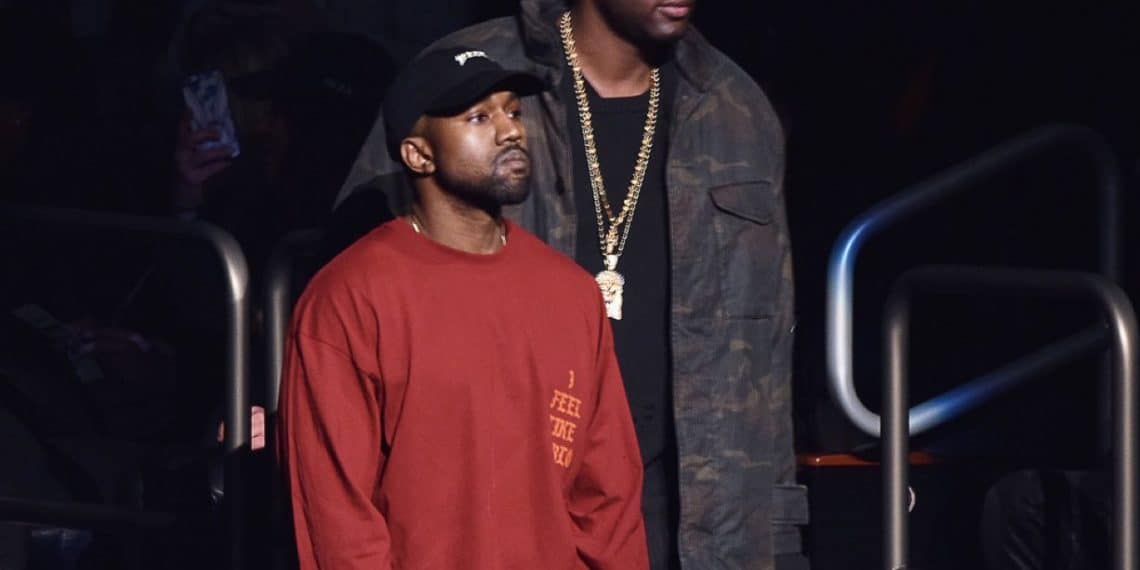 Kanye West has been a ghost on Twitter for a minute. He’s been gone for so long that people have been starting to complain. It’s not Kanye’s job to entertain us on Twitter, but if you follow him then you know his absence has been missed.

It All Started With Kim’s Safety Being In Danger

Kanye deleted his Twitter and Instagram back in May 2017. Kanye and his wife Kim Kardashian, have both publicly taken a vacation or two from social media. Kim’s choice to stay away from social media came shortly after her Paris robbery. The reality TV star was held up at gunpoint while in Paris for fashion week.

The star returned to her hotel suite and was met by robbers just hours later. Kim was tied up, ducked taped, and held at gunpoint. We can only imagine how scary that was, the whole situation sounded like a horror film.

Kim decided it was best for her to lay low once she realized how easy it had become for people to track her. Shortly after that decision.

Then Kanye Breaks Down

Kanye started to have a little personal trouble of his own. The world watched as Ye went through a mental breakdown during one of his shows.

The rapper ranted about a number of things including his declining friendships with Jay Z and Beyoncé. He spilled a lot of tea that the billionaire couple never spoke on, but it’s been confirmed that Kanye is no longer in contact with either Jay or Bey. Jay Z even spoke on the matter during a recent interview after the release of his latest album 4:44.

Kanye took a small break from social media after that, which all of his fans understood and supported. Then he came back looking like Wesley Snipes from Demolition Man with a full-on platinum blonde look. We even saw him doing a few strange things such as popping up at Trump Towers. When everyone peeped those pics there were definitely some WTF’s being asked on social media.

People were already speculating about his financial situation when he asked Mark Zuckerberg for a billion dollar loan. Kanye even went as far as to say that he was broke, but we all know that had more to do with funding his creative business ventures.

Even though that fact has been apparent, a lot of people didn’t take too well to those tweets. A bunch of people wasn’t happy about his meet up at Trump Towers also. Kanye is an iconic celebrity, so he didn’t lose any diehard fans, but folks have been kind of concerned about his mental health lately.

This is probably the reason why no one flipped out too much when they noticed he deleted his Twitter account. Thing is when something has gone on for too long people want to know what’s up.

But Now He’s Back!

We all still don’t know why he took a break but we do know that he’s back!

The first thing fans did was literally retweet all of his tweets. Clearly, the excitement to have him back was real. Three days ago there was a tweet from Jack Dorsey the co-founder and CEO of Twitter. He tweeted “Welcome back” and Kanye retweeted his warm welcome back into the Twittersphere. That was Kanye’s first official tweet. What an epic way to make a comeback.

Since that tweet, Kanye has been tweeting on the hour. Ye’s been sharing what he’s been up with himself fashion-wise, by giving us a peek of his latest boots. The rat boots are a design he’s been working on for the past 6 months and has finally gotten them perfected. He’s also shared a few other boot designs and a sneaker design that is still nameless at the moment.

Amongst his designs are some jewel dropping tweets. Kanye has been really motivational these days with his post. He’s been on a positive high and we like it. Dropping deep tweets that make you question your consciousness like:

What was most beautiful about this whole series of tweets, was the one he shared about Lamar Odom. Apparently, Kanye played his latest album “The Life Of Pablo” while Lamar was in the hospital recovering, and learning how to walk again. Once he got back on his feet Kanye had him walk out on stage with him during TLOP tour.

This Is Why Long Distance Relationships Never Work