Make sure you're getting your eight-a-day! 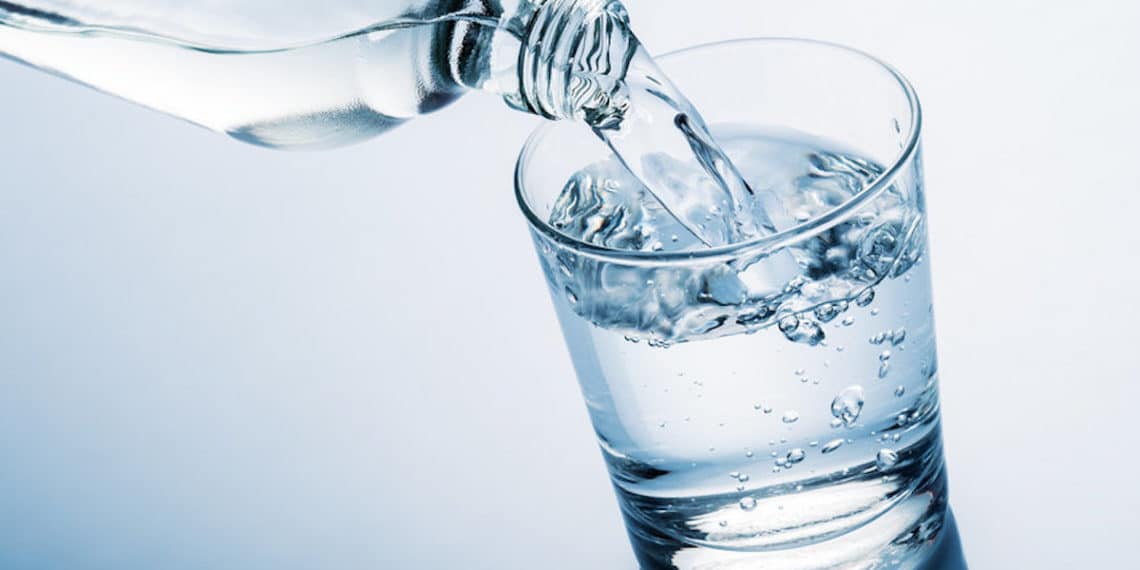 And if we go without it, for about 100 hours depending on the temperature and how much we perspire, we die. So, as much as it is magical it’s also imperative to our health.

The general rule is that if you drink eight glasses of water a day, you’re getting the sufficient amount. Regardless of this ingrained bit of knowledge, one that everyone knows about despite knowing its origin (not to mention that it turns out to be credible), people aren’t drinking enough of it.

The good news is thatAmericans are drinking much more water than they were 30 years ago. Plus, the country has cut down on soda, alcohol and a small percentage of coffee intake.

The bad news, reported by The Medical Daily, is that roughly 75% of American’s are well below the recommended amount of water intake and not drinking the 8-10 glasses of water a day. It’s estimated that the average American drinks about 2.5 cups of water daily. Not nearly enough.

Put in medical terms this is described as “functioning in a chronic state of dehydration.”

When the body sends us signals that it’s thirsty, it’s already suffering from dehydration.In fact, it’s once it has lost 1-2% of its water supply that those signals are sent. If you’re thirsty, you’re already dehydrated.

But, that isn’t the only sign and some of the others aren’t always identified as the lack of water content in your system. Mood swings, irritability, fatigue, constipation, cold hands and feet, dry skin and dizziness are all symptoms of lack of water.

Although this all sounds discouraging, it really isn’t that hard to stay hydrated. There are plenty of ways to remember to drink water and motivate you, too.

One of the most common things I hear from people that don’t like water is that it is “bland”. While personally, water is the most refreshing thing to drink and I think its taste is perfect, I will try to compromise. Flavor your own water. Avoid buying infused waters due to the artificial sweeteners and sugars they add to enhance the taste. It’s easy enough to make your own at home. Soak some cucumbers, lemon, mint or whatever you want in a carafe or water bottle overnight. There’s an infinite amount of concoctions that you can create, for some inspiration, look at these 23.

Another way for non-water enthusiasts to boost their intake of glasses of water a day is by trying sparkling water. Similar to soda, it’s bubbly without the 39g of sugar that’s in a Coca-Cola!

If you miss both the taste and texture of a soda, try using the previous idea in addition to this one. Infuse water overnight and “bubble” it to go for the day. Buying a Soda Stream will save you money on buying bottled seltzers and it’s better for the environment.

There’s Actually An App For This

A big factor as to why people aren’t hydrated enough is probably because they forget. If something isn’t part of a habit, remembering to drink water eight times a day may seem like a hassle. Especially if it’s a Monday, there’s a deadline and there’s barely any time for lunch. Instead of making mental notes of how much water you’ve consumed, try an app to remind you and track your water intake.

Water Drink Reminder, Gulp- Hydrate and Track Water, Hydro Diary- Drink Water are among some of the free apps available.

Make a routine in the morning’s, like brushing your teeth, to have a glass of water. It will increase energy levels and focus and, once a habit, will be less likely to be forgotten. Another way is to drink whenever something frequent happens, such as having a drink of water for every bathroom break. It may seem counterintuitive but, trust us, it’s good for you.

Use A Marked Water Bottle

Some thoughtful and innovative person, who didn’t enjoy or remember to drink water, must have invented this by simply drawing measurements on to a large water bottle to track their intake. Do that or buy an already drawn (printed) on and pre-measured one from here.

Just one bottle, that needs filling twice a day, breaks down the recommended water intake and enables drinkers to watch their progress. They’re pretty cute as well.

Use A Re-Usable Water Bottle

Although American’s aren’t getting enough water, they managed to use about 50 million bottles of them in one year. That’s about 167 bottles of water per person. On top of that, the rate of recycling plastic is less than half, meaning millions of bottles were clogged into the rest of the country’s waste.

Furthermore, carrying a water bottle around will save you money from buying bottles when you need to and will supply you with water if there isn’t any around. Having a water bottle with a filter can make nearly any place a water filling station too. You may think tap water is disgusting but when filtered it is quite refreshing.

The Vitamins All Women Should Be Taking