The What’s What on the Pink Tax 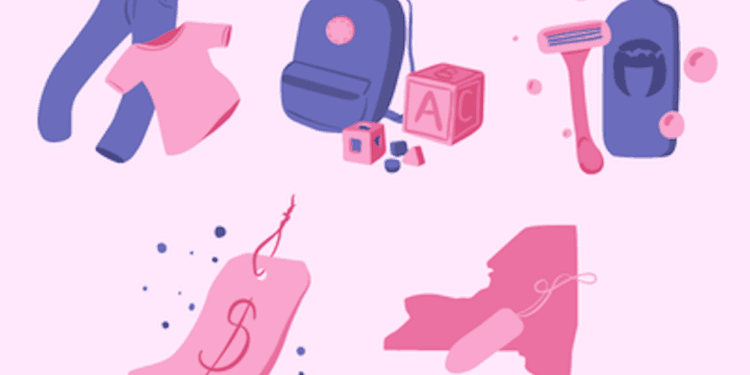 It costs more to be a woman. This is true metaphorically and literally. We’re all trying to push through the hell on Earth that is the current administration, but women’s issues are bigger and more global than an impending gag rule, the gender pay gap, and sexual harassment on the streets and in the workplace.

Trying to be more woke in the age of Trump means that we need to be aware of the little things, too. For example, if I asked you what the Pink Tax is, would you know? Don’t sweat it if you don’t- that’s why we’re here to help.

The Pink Tax isn’t actually a tax, but more a nickname for the higher costs of everyday products marketed towards women. The name comes from the practice of making these products, you guessed it, pink. Some of the most outrageous examples are toys, razors, deodorant, and shampoo. The only thing setting apart a “men’s” product from the “women’s” isn’t quality or function, but rather color.

The Pink Tax doesn’t stop at toiletries. Research has shown that women can be charged more for clothes, dry cleaning, haircuts and vehicle repairs. As if we didn’t have enough to worry about. Don’t even get us started on the tax on tampons and sanitary pads, which as of right now are deemed non-essential items in the U.S.

The Pink Tax has women paying an average of $1,300 more yearly for these pink or “feminine” items and the like. Most consumers weren’t aware of this marketing ploy until recently.

In a 2015 study done by New York City Consumer Affairs, “From Cradle to Cane: The Cost of Being a Female Consumer,” findings from 800 products and 90 brands showed that overall women paid 7% more than men for similar products in five industries, the highest discrepancy being in personal care products at a 13% increase.

How do companies get away with this essentially sexist marketing? Well, there’s no federal law against it. Though it isn’t for lack of trying— House Representative Jackie Speier from California introduced the Pink Tax Repeal Act in 2016, which became the beginning stages of the more comprehensive 2018 bill of the same name.

However, the bill never made it to legislation, with even Speier acknowledging that she wasn’t expecting it to pass, but rather wanted to gain awareness for gender discrimination.

“California has made various attempts at passing legislation to tackle this issue, that has been unsuccessful so far. However, I am confident we will try again next year, with a new legislature and a new Governor.”

Some countries have demonstrated a want for progress. In 2017, Scotland became the first country ever to offer free sanitary menstrual products to low-income women, a move that cost them only £42,500 to invoke.

Canada ended taxation on feminine hygiene products in 2015 after the Canadian Menstruators movement brought attention to sanitary pads and tampons being labeled a luxury in the country.

Don’t despair, Americans. There are 13 states that don’t tax feminine hygiene products and New York is one of them! Illinois and Connecticut abolished these taxes along with New York in 2016. Minnesota, Maryland, Pennsylvania, New Jersey, and Massachusetts don’t tax sanitary products specifically, while Oregon, Montana, Delaware, New Hampshire, and Alaska have no sales tax at all.

While the Pink Tax is still alive and well otherwise, what can you as a consumer do to combat its effects on your wallet?

This reporter loves a good boycott, but the best way to manage your budget can be by buying men’s products you might usually overlook because they aren’t in your “aisle.” It seems that there isn’t much difference in function, after all.