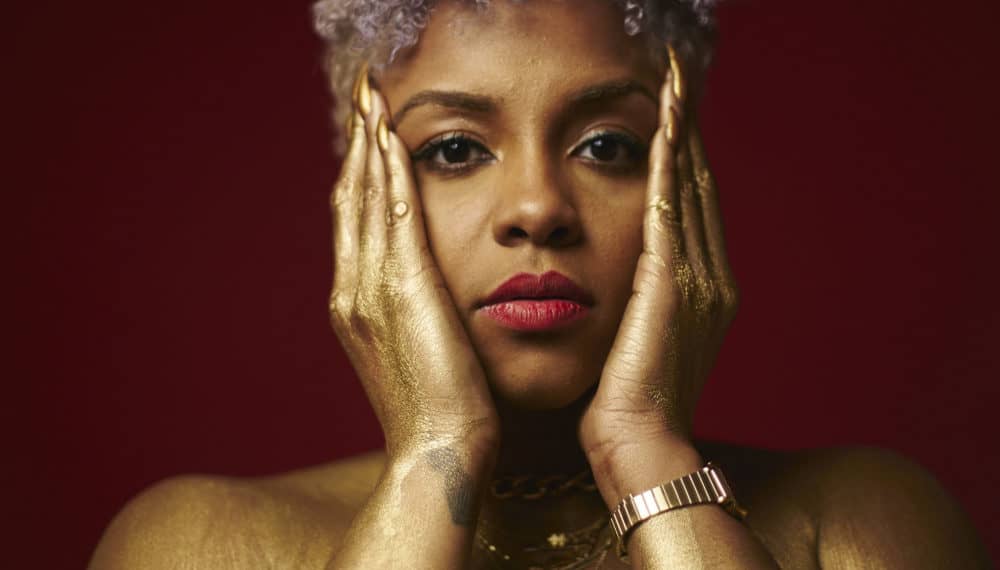 Move over Cardi B! Brooklyn rapper, LATASHA is making waves with hit songs like "GLO UP" and "Sumpn" for your summer Spotify playlist. A personal favorite, "GLO UP" (video below) is the absolute best song to get ready to before going out with your girls and it can surely be the new anthem for dealing with men who ain’t shit.

Since the debut of her 2017 EP’s "B(LA)K" and "Teen Nite at Empire", LATASHA has been performing throughout the city representing women of color and promoting female empowerment.

LATASA, originally known as LA, gained popularity following the release of 2014, "Bee Em" (Black Magic). Since the release, she transformed her deep depression into a creative fire to further manifest her craft. Her personal inner challenges have permeated throughout her music thus creating a cohesive repertoire for all listeners.

Following in the footsteps of other Flatbush heavy-hitter, MC Lyte, LATASHA successfully brings social and economic issues to light that many people deal with on a daily basis.

Fans get a glimpse of her own personal struggles and methods of coping in "Missy Elliot" after performing in front of hip-hop royalty, Lil Kim on TRL and messing up her own freestyle on live television. She, unfortunately, didn’t win the competition, but that hasn’t stopped LATASHA from slaying.

Her latest EP, "Teen Nite at Empire", combines some known popular track beats like Craig Mack’s "Flava in Ya Ear" remixed with an electronic undertone for a Brooklyn in the 90’s vibe.

"Revoke Thee" is easily a favorite with LATASHA’s cadence and grit mixed over an NYC style beat. I personally find her music makes me feel like that bitch when walking to the subway. Also, "Practice on the Q Train" gives me hope that one day I can bump into her and super fangirl over Brooklyn hip-hop and her dopeness.

She’s beautiful, focused and talented. LATASHA’s flow is refreshing and brings energy to an already saturated market of NYC female rappers. Her music is not just "bow down bitches" or "I’m the baddest bitch", which is a consistent theme with a lot of current female rappers.

LATASHA is in tune with the current climate of the city and how it affects the community from gentrification to the struggle of making waves in a male dominant industry.

You can find LATASHA headlining First Saturdays at the Brooklyn Museum or performing at popular events at SXSW. Her next performances are at Elsewhere (Zone One) in Brooklyn August 29. Get your tickets at eventbrite!

You can buy and listen to LATASHA on iTunes and Soundcloud. Support your local artists; it’s good for the culture.

…as Biggie would say "Spread love it’s the Brooklyn way".

The What’s What on the Pink Tax