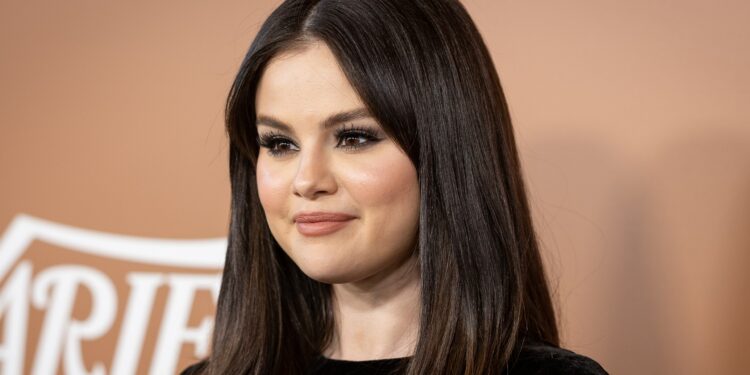 Selena Gomez is a name heard often in the global music industry. A multi-talented superstar who has proven herself as an actor, singer, and producer. The pop singer has had many ebbs and flows in her career. Nevertheless, she managed to break all records as her album “Rare” made its place on the US Billboard Hot 100. Hate her or love her, but you cannot ignore the revival of Gomez in the music industry. (Fun fact: Selena Gomez holds several Guinness World Records, most of them for her huge following and popularity.)

Selena Gomez debuted her career when she was just 10 years old in the well-known children’s show Barney and Friends. The Disney premiere aired in 1992 and gave Gomez enough fame. This was followed by a hit in 2007 called The Wizards of Waverly Place.

Selena Gomez was all set to take the music industry by storm when she joined the band “The Scene” in the year 2009. Like her previous debuts, she did not disappoint the audience and managed to get a separate fan base altogether! Selena, along with the band, gave us some memorable hits like “a year without rain,” “love you like a love song,” “naturally,” “hit the lights,” “round and round,” “tell me something I don’t know,” and “who says?” Unfortunately, The Scene disbanded in 2012. This, however, did not deter fans’ favorite Gomez. She emerged as a solo star and, as always, aced it! She released songs one after another, which impressed the audience. Two of her albums, namely Stars Dance (2013) and Revival (2015), created many records and were both studio albums. Apart from these, she released a compilation album called For You in 2014. After 2015, Selena Gomez took a hiatus from the industry. Even though she released great songs like “taki taki,” “wolves,” and “back to you,” she took a backstep. This included several reasons, including a breakup with her then-boyfriend, Justin Bieber, and her mental health. She was also reported to be in rehab to resolve her mental health. This was not it. She also had to undergo a kidney transplant, for which her best friend helped her. Her friend Francia Raisa received lots of love and appreciation for donating her kidney.

This era ended when Selena Gomez made a comeback in 2020 with her album “Rare.” She also released “Revelación” in 2021. This comeback is considered to be very impactful. Since 2020, she has already released a cauldron of hits.

Here are Selena Gomez’s top 5 hits since her comeback!

Selena met two of the members of the band Blackpink at fashion week. After this, the song “Ice Cream” was released in the year 2020. Netizens showed immense love for this song. What made it more popular was the announcement of Ariana Grande as one of the co-writers for the song. The global YouTube music charts are huge, and ice cream managed to climb to the top of the same. Aside from that, it received an estimated 80 million views in less than 24 hours! It also won two awards for “best collaboration of the year” and “favorite collaboration,” respectively.

The song “Lose You to Love Me” from her album RARE grabbed many people’s attention. This song was released after Gomez teased her fans on social media. The highlight of the song was undoubtedly its lyrics, which are deemed powerful, and Gomez is also one of the co-writers for the same. It also received three awards back-to-back in the year 2021: two for the award-winning song and one for the publisher of the year. As the track was very personal and talked about her difficult journey, it was very relatable for the audience, and they showed amazing support for Gomez. (Fun fact: the entire music video for this song was shot on a mobile phone)

Another outstanding track, and of course a hit, from the album RARE was “Look at her now.” After “lose you to love me,” which talked to the audience about how her love life was messed up, she showed through “look at her now” her journey and how she emerged a stronger and better person. This song’s music video was also shot on an iPhone, as both tracks were created in collaboration with Apple. The relatability of the song and the confidence it gave people to get over negative phases in their lives made them super hits. “Look at her now” also made its way into the Billboard Top 100 and created records. Despite being in the pop genre, the song is thought to provide listeners with techno energy.

The track “My Mind and Me” was the title track for the documentary film released in 2022, also named My Mind and Me. This documentary was made around the phase after 2015 in Selena Gomez’s life that involved turbulence in her life. It detailed her physical and mental health issues, as well as how she overcame them!It is considered very influential and has won two awards, one for female empowerment in entertainment and the other for best film song of the year. Selena Gomez also contributed to the composition of the song’s lyrics.

The song “Calm Down” by Rema and Selena Gomez was a super hit! The accented vocals of Rema and the sweet vocals of Gomez collaborated to make a track, that the audience did not expect! Apart from this, it had very catchy music, as said by critics and netizens. This song by Gomez was also included in the Billboard Top 100 chart. It is a pleasurable and “calming” track by the duo, which took the world by storm.