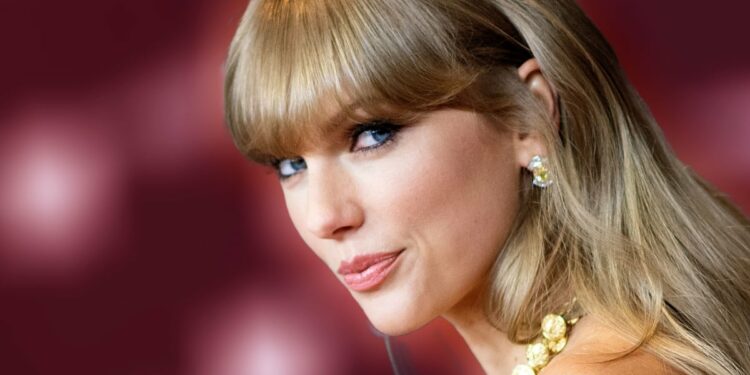 Taylor Swift—a name in the music industry that screams success! The singer, who is known for composing her own songs, debuted in the industry with her track “Tim Mcgraw,” and she has not stopped amazing the netizens since! Swift has a reputation for writing songs about her love life and breakups, which definitely spices things up for her fans. Taylor Swift has always been part of controversies, but she makes the best of every situation by just releasing better music every time! One cannot deny the fact that she is everywhere, starting from your radio and newspapers to your recent hit songs and fashion articles. A fan tweet said “slay it like Swift,” and honestly, we do not see anything wrong with that.

Going back to the era when the reign of Taylor Swift had just begun, “Teardrops on My Guitar” is one of the songs from the album “Taylor Swift,” which was released back in 2006. Here, Taylor talks about the heartbreak she went through when a classmate of hers named Andrew, whom she loved, went to join the government service. Swift was just 18 when the song came out and received a lot of appreciation from a teenage audience.

One of the most loved songs by Taylor Swift was a track from her album “Fearless” named “Love Story.” We have definitely come across many proposal videos for this song, just like the lyrics say. Inspired by William Shakespeare’s story of Romeo and Juliet, Taylor wrote the song “Love Story,” but added a twist to it by giving it a joyful ending rather than a tragic one. The magical vibe that the song creates is perfect for people who believe in old-school love. This song was rumored to be written about Joe Jonas, a member of the Jonas brothers. Later on, Taylor Swift released her version of the song in 2021. The song was in a mature voice, which was a treat for the fans.

Another superhit from the album “Fearless” that you cannot stop loving is “You belong with me. Taylor Swift’s innocence in this song won millions of hearts. The track talks about a crush of hers who ignores her. The highlight of the song is its music video. The video left teenagers all over the world waiting for a similar love story. Taylor herself appears in this music video, playing two characters. A person cannot stop watching the video on loop. To date, the t-shirt Taylor Swift was referring to in the song is something to get hyped about.

A beautiful track from the album “Red” is “Everything has Changed.” This track’s co-singers, Ed Sheeran and Taylor Swift, starred in the music video, making it a huge success. The video also starred two kids who were lookalikes of the co-singers. Making this song together, also sparked a great friendship between the two singers.

Blank Space, a song from Swift’s album 1989, set unbreakable records in music history. Like any other music video of Taylor’s, the one for “Blank Space” was also iconic. In this song, Taylor Swift talked about how her image of an innocent young girl was replaced by one with a long list of ex-lovers.

Swift’s 1989 album did have another hit. The song refers to a partner of hers, who is rumored to be Harry Styles, a former member of the band One Direction. Fans of both singers are very sure that the man described in the track is Styles, and of course, the title of the song just makes it more believable.

It’s been years since “Shake It Off,”  and fans still have not gotten over it. The phrase “haters gonna hate” still floats on social media. It has an upbeat melody and creates a fun environment. Taylor Swift is one of the writers of this song.

“Look what you made me do” is from the album, “Reputation.” The album could be considered a reincarnation of the singer, and fans weren’t disappointed! The Swifties adored the new Taylor Swift, from the song to the music video!

Another track from the album “Reputation” that was extremely impactful on the audience was “Ready for It?” And the fandom was not ready for it! The intense vibe that the song creates is extremely admirable. The fact that Swift wrote it for then-lover Joe Alwyn attracted more listeners.

Paper rings, a track from Taylor’s album “Lover,”  is what dreams are made of. You know a song is a hit when it makes its way to the reels. In this song, Taylor wrote about a relationship that lovers would manifest. Taylor playfully told her fans the story behind the paper rings. She said her commitment to her lover would be a forever thing, and she would refrain from any formality in doing so.

The song “I don’t wanna live forever” was eagerly anticipated by fans of former One Direction member Zayn Malik and Taylor Swift. This track was also awarded the best collaboration in music by MTV Music Videos. The song has a passionate vibe attached to it, which made the fans go ballistic.

The rise in Taylor Swift’s career cannot be overlooked. With every passing album, her fanbase famously called Swifties explodes. She went ahead and released more superhit albums like “Folklore,” “Evermore,” and “Midnight”! One of Swift’s many records is her song “10 Songs of Midnight” which reached the top ten on the Billboard charts! Even though Swift received enough backlash, she said “haters gonna hate” and decided to keep her reign intact.

Top 10 Jan Fashion Launches to take you up the fashion pedestal!