Roseanne Is Without Roseanne 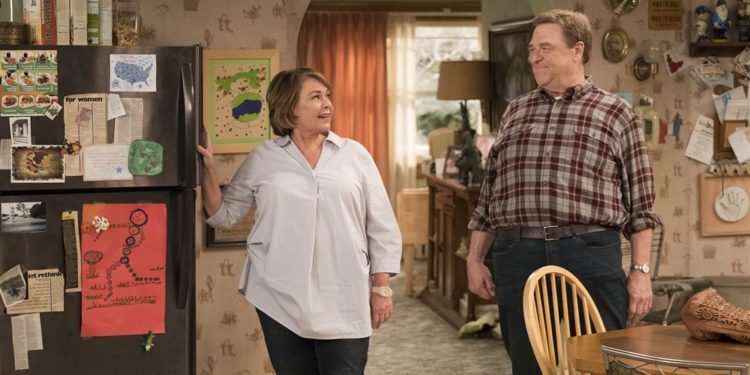 After Roseanne Barr’s racist tweets went viral, ABC cancelled the Roseanne. If you haven’t heard the story, here is a quick recap.

Roseanne premiered on ABC in 1988 and ended its initial run in 1997. After 20 years away from the screen, ABC revived the series and updated the story simply for the world to see the evolution of the show’s characters in the 21st century. Due to the working class world, the Conner family along with Barr inhabited support of President Trump. It seemed like a natural progression to move the show into a Republican, pro-Trump world, however, in a recently deleted tweet Barr made about Barack Obama’s former senior advisor Valerie Jarrett, ABC announced that they were canning the show.

“Muslim brotherhood and planet of the apes had a baby = VJ,” read Barr’s original tweet.

There has been an influx of news since the story broke. The backlash from many of Barr’s co-stars has been fierce. In particular, Sara Gilbert, who has played Darlene Conner-Healy since the show’s inception and was instrumental in bringing the show back, explained that the comments of one do not reflect the team.

Roseanne’s recent comments about Valerie Jarrett, and so much more, are abhorrent and do not reflect the beliefs of our cast and crew or anyone associated with our show. I am disappointed in her actions to say the least.

After Barr explained that she was under the influence of Ambien when she posted the infamous tweet, Ambien clapped back.

People of all races, religions and nationalities work at Sanofi every day to improve the lives of people around the world. While all pharmaceutical treatments have side effects, racism is not a known side effect of any Sanofi medication.

And, of course, Trump managed to take the entire situation and place himself in the center of it.

Bob Iger of ABC called Valerie Jarrett to let her know that “ABC does not tolerate comments like those” made by Roseanne Barr. Gee, he never called President Donald J. Trump to apologize for the HORRIBLE statements made and said about me on ABC. Maybe I just didn’t get the call?

Despite all the drama, the one true question on everyone’s minds is whether or not Roseanne can have life without Roseanne. Some believe it could be possible. A satirical poster called Jackie even circulated on social media with the idea that the show could be rewritten to focus on Roseanne’s sister Jackie.

Another poster came around featuring an urn on Roseanne’s usual position on the couch, implying that the show could be centered around John Goodman’s Dan Conner and Jackie as they overcome the grief of losing the beloved matriarch.

Oh #Roseanne Bummed because the original show was such a fixture in my childhood and I hate when innocent people suffer because of trash. Instead of killing her off next season and having to deal with so much angst and drama, I say all of the previous season was Darlene’s shitty first novel. Roseanne died a while back and Darlene was having an especially hard time moving on. She thought the book would help but it only served to stifle her creativity. The Conners can deal with everyone coping and growing and leaning on each other while still celebrating Roseanne the character (as she used to be) without anyone having to deal with the mentally unhinged racist Roseanne the person. #abc #sitcom #photomanipulation #roseannebarred #saragilbert #lauriemetcalf #johngoodman #lecygoranson #michaelfishman

According to Variety, key actors and writers were already guaranteed ten episodes with regard to the now uncertain season two, which means that ABC will still have to pay them even if there are no new episodes. This fact alone might be a driving force in finding some way to revive the revival and breathe new life into something that has become toxic. Due to Barr’s thoughtless tweet, hundreds of people that worked on Roseanne have lost their jobs and Americans have lost a show they loved and connected with on many levels. Although it can be a challenege to entirely omit the main character out of a series, it might just be possible for ABC and Roseanne’s executive producing team to come up with a way to tastefully and successfully revamp the show. Therefore, it becomes an opportunity for them to rewrite wrongs and continue providing a story that connects with so many Americans. Maybe The
Bonners, anyone?