Queen Bey: Everything you need to know about Beyonce 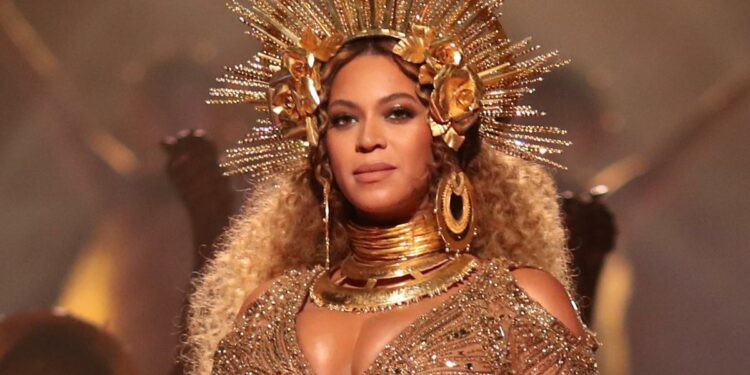 Beyonce Knowles Carter is an American singer, songwriter, and dancer as well. She recently showcased her acting skills in the new movie she produced, “The Lion King.” She started her career in 1990 with an R&B band of hers called Destiny’s Child. The group consisted of Beyonce Knowles, Kelly Rowland, and Michelle Williams. Unfortunately, the band disbanded in 2006, but Beyonce went on to launch a record-breaking solo career. Beyonce has won a total of 28 Grammys, and she has been nominated for them 79 times! Not only this, she has also been nominated for an Academy Award. But this is not it. She has been nominated in nine different categories for the 2023 Grammy Awards, bringing her total nominations to 88. All of these new nominations are based on her new album, “I Act Renaissance.” After a long wait of six years since her superhit album Lemonade, Beyonce announced her seventh solo album. She subtly changed her Instagram bio to “I act Renaissance 7:29.” This also revealed that the album would be released on July 29th.

Beyonce Knowles became Beyonce Knowles Carter after she got married to Shawn Corey Carter in 2008. Before getting married in a very private ceremony in 2008, the duo dated for almost eight years. Shawn Corey Carter, also known as Jay-Z, is also a member of the music industry. He is a famous rapper. They are called couple goals by admirers. Their personal lives were also said to be going well until it was revealed in 2014, ten years after their marriage, that Jay-Z had cheated on Beyonce. They both chose to discuss the issue rather than conceal it. Jay-Z said in an interview that he was in survival mode. He had shut down all emotions, and it was the same with women. He also talked about the difficulties of his childhood and how he isolated himself. And finally, he talked about his infidelity. A video went viral during the chaos of Beyonce, Jay-Z, and Beyonce’s sister in an elevator. Beyonce’s sister was attacking Jay Z physically, and Beyonce refrained from doing anything.

Not only Jay-Z but also Beyonce expressed her feelings through her new album, “Lemonade.” Her album has a total of twelve tracks on which she tries to tell a story. She starts by asking if she is being cheated on. When this becomes evident, she questions and says, “They don’t love you like I do.” She continues by saying, “My baby and I are gonna be fine and have a good life.” Finally, the album ends on a good note when she says that they are going to heal and start again. The album consists of songs like “Sorry,” “Daddy Lessons,” “Freedom,” “Forward,” and “Don’t Hurt Yourself.” Beyonce here talks about her journey when Jay-Z cheated on her. But how did Jay-Z win her back? He released an album full of apologetic songs, and he also went on and said in an interview that Beyonce Knowles Carter was his soulmate and he had to win her back. His efforts did not go in vain. Beyonce saw his faithfulness. They had a daughter named Blue Ivy back in 2012. Following everything that happened, Beyonce announced her pregnancy via an Instagram post towards the end of 2016, and they welcomed their twins in 2017, namely Rumi Carter, a girl, and Sir Carter, a boy. Beyonce also has a tattoo on her left hand that consists of three dots. The middle dot is blue in color for her daughter Blue Ivy, and the other two dots signify her twins. This has to be the best collaboration between the couple. Apart from this, they have collaborated on songs like “Bonnie and Clyde,” “crazy in love,” and “drunk in love.”

5 Beyonce Hits You Should Not Miss

This song was a collaboration between Beyonce and her husband Jay-Z and was part of the album “Dangerous in Love.” The music video was very steamy! When it was released, it was also featured on the Billboard Top 100 charts. Later, a remix of the song was released for the well-known movie “Fifty Shades of Gray.” The song also managed to make its way into Rolling Stone’s top 100 songs of the century so far.

Single Ladies (Put a ring on it)

The song was a super hit! It can be found on the album “I am…Sasha fierce.”Sasha Fierce is Beyonce’s alter ego on stage. Undoubtedly, Sasha Fierce was seen in the music video for this song. It has won many awards, starting with “video of the year,” best video,” and “best song of the year.” The video was in black and white and was adapted from the music video for “Mexican Breakfast.” The styling done in the video was inspired by a Vogue photoshoot.

The song “Break My Soul,” from Beyonce’s new album Renaissance, was a superhit composed by industry heavyweights such as The Dream, Jay-Z, Tricky Stewart, and Big Freedia. The song has dance potential, and she released it when the world just needed it. It climbed to number 7 on the Billboard top 100, and we wouldn’t be surprised if it goes on to number

Irreplaceable belonged to Beyonce’s second album, called B’day. The song was on the Billboard Top 100 for 10 weeks straight after its release. The song’s authorship was also a source of contention.

Find us a couple as steamy and intimate as Beyonce and Jay Z; we will wait! Drunk in Love was another song from “Dangerous in Love,” and the music video cannot get better. The song had the potential to make committed people feel single!