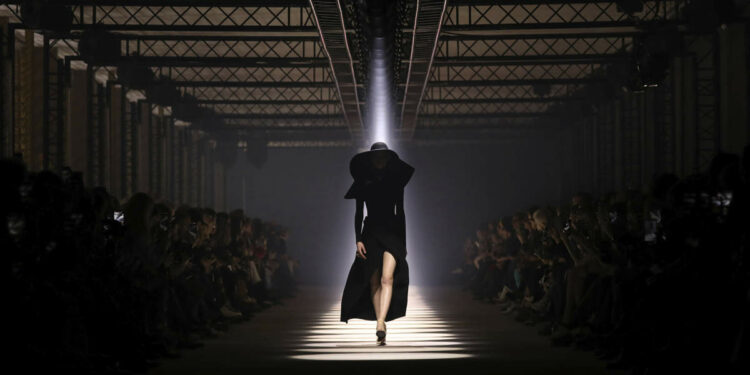 Let’s decipher fashion from every angle today through Paris fashion week. As fashion week approaches, let’s take a trip down memory lane and go through the different chapters of what fashion week is all about.

Paris belongs to the big four fashion capital cities, and Paris fashion week is an industrial event that lasts up to a week or more. Big brands and houses display their collections on the runway. These shows set the tone for the upcoming seasons. It’s the hype house for fashion enthusiasts; editors, stylists, models, and of course, designers. It will be a jam-packed week for all of them because every second of fashion week is significant.

Those associated with fashion start preparing for this fashion festival months in advance, charting, planning, and anticipating. And of all the stakeholders, the people who are most important are the buyers.

Paris is a city that stands out aesthetically and is known for its luxury brands. Most luxury brands, such as Chanel, have a presence in Paris. Paris fashion week happens twice a year, sending electric energy through everyone besotted with fashion and style. For the fashion-obsessed, Paris is the closest they get to fashion heaven.

It dates back to the 1850s when a designer named Charles Frederick Worth began to showcase several high-quality items. He is considered the “Father of Haute Couture” for revolutionizing the business of fashion.

Fast forward a few years, during World War II, when America had the upper hand and wanted to showcase its collections in Paris. This led to the emergence of New York as a fashion capital. However, Paris had a major comeback when Christian Dior shook the world in 1947 by designing “the new look” of his collection Corelle.

But the first official fashion week was in 1973. Although the show was held to raise money for charity, it ended up pitting French designers against American designers, resulting in a major fashion standoff. From then on, fashion shows and fashion weeks became very popular in Paris.

Fashion week is a highly exclusive event, and in order to get an entry, you might need a great relationship with PR companies. The event is star-studded and attended by the top celebrities and socialites from around the world, and for the same reason, it is heavily guarded. The extreme exclusivity also adds to people’s obsession with fashion week.

The craziness and fervor right before the models hit the ramp are indeed a sight to behold. What you will see there is madness, but with an aesthetic twist. From the fittings of models and celebrities to runway decorations and the gazillion things that go on, the behind-the-scenes is indeed chaotic and called into order by brilliant creative directors and founders.

There is so much to see, and most of the legendary French brands get the best possible architecture for their show, some even showcase right outside the Eiffel Tower!

This week is an absolute dream for fashion enthusiasts who want to live in an episode of Emily in Paris! It’s a fashion lover’s heaven.

Fashion week is also the week when the leading luxury brands unveil their magical collections. Brands like Gucci, Chanel, and Dior showcase their collections at high-profile locations. Top celebrities and supermodels like Gigi Hadid, Rihanna, and Kendall Jenner walk for these brands, adding to the glamour and sheen.

Paris is a city that takes a lot of pride in its culture and language. and during fashion week, its cultural diversity is highlighted as designers from all over the world participate in the fashion show. Big American designers like Ralph Lauren, Virgil Abroh, and Danielle Roseberry are to be seen on the runway. Designers from Japan and other parts of the country are also given the opportunity to showcase their collections.

With the upcoming fashion show week just a few days away, people are on their toes to see what the designers have to offer. How excited are you to see who sets the trend for 2023?