Ptsd from Your Ex Is Real 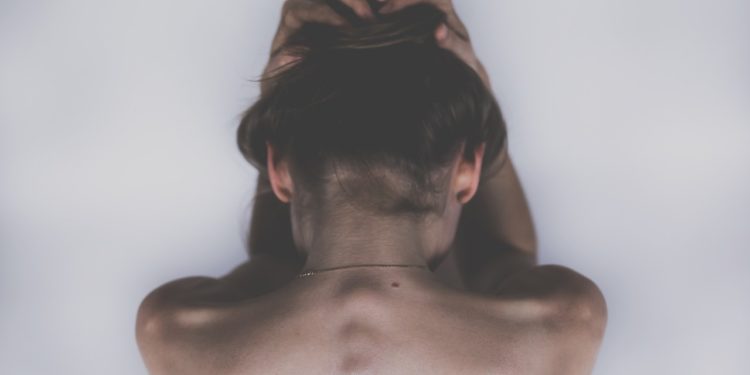 Did you know that 7.8% of the U.S. will struggle with PTSD during some time in their lives? And, according to the World Health Organization, women are twice as likely to experience it.

PTSD or post-traumatic stress disorder is most commonly associated with veterans and abuse victims. However, emotional abuse, which has many forms including humiliation, ignoring, constant put-downs, domination, withdrawal of affection, guilt-trips, using money to control, extreme moodiness or jealousy, isolation, and refusing to communicate, has just as much of a direct correlation to PTSD.

A normal reaction to a minor issue is to simply brush it off or quickly and efficiently deal with what we’ve been dealt. Hey, shit happens!

However, if you find yourself getting angry that your partner spilled coffee on the rug or they forgot to pick up shampoo on their way home from work in such a way that makes you shake and scream- you could definitely be suffering from the effects of relationship PTSD.

When someone does something a PTSD-sufferer does not like or is not expecting they will become irate, emotional, and will be difficult or even impossible to calm down. This can sometimes even result in an anxiety attack.

Though logically the person suffering may know that their partner did not intentionally spill the coffee, they will take it as a personal attack and lash out at their partner, creating tension, conflict, and further issues in the relationship.

Over-thinking everything and being constantly worried that you will screw up everything and anything you try to do, is a common sign of relationship PTSD.

People who have been in relationships that have caused them PTSD will be normalized to taking the blame in all sitations. This results in sufferers claiming the blame before someone even has time to dish it out to them. This blame-taking habit can carry over to work, social circles, and family affairs, as well.

Over-thinking and over-feeling also results in sufferers being overly cautious of their actions and thoughts and in turn, changing their personality. Some sufferers may become quiet in social situations to avoid saying something ‘stupid’. Others may try to over-compensate kindness and consideration to an abnormal degree in order to establish that they’re a good person.

People who have been treated badly in a previous relationship will begin to settle for the same treatment. This is what we call the PTSD circle.

They will subconsciously seek out partners that will treat them in a certain way because it is familiar. Being familiar makes it comfortable for them since they’ve already created defense mechanisms to deal with the dynamic of an abusive relationship.

This PTSD circle does not stop with just romantic relationships. It can stem out to toxic friends and family members. The PTSD-sufferer will seek out relationships that make their self-worth decrease because it has been destroyed by a previous relationship.

In order to try to deal with the effects of PTSD from a relationship, some people turn to drugs and alcohol. This extra substance added into the mix may make people feel better temporarily by masking it.

However, in the long run, they will find themselves relying on those substances to feel normal and to successfully get through the day. Drugs and alcohol create a different reality for the sufferer by making them think that their relationship is normal, but to keep up the reality, they must keep up the substance abuse.

A PTSD-sufferer will reason that feeling nothing is better than feeling anything at all. This body and mind-numbing effect can happen both in a long-term relationship or in a new relationship.

In a new relationship, the sufferer may hold themselves back emotionally from the positive honeymoon stage, as their mind is trying to protect by creating a mental wall to guard against potential heartbreak, sadness, and disappointment.

In any relationship, the body, itself, may become numb from sexual pleasure or sexual abuse, if it is not consensual. Your body is able to train itself to feel nothing at all, resulting in a total disconnect from your partner.