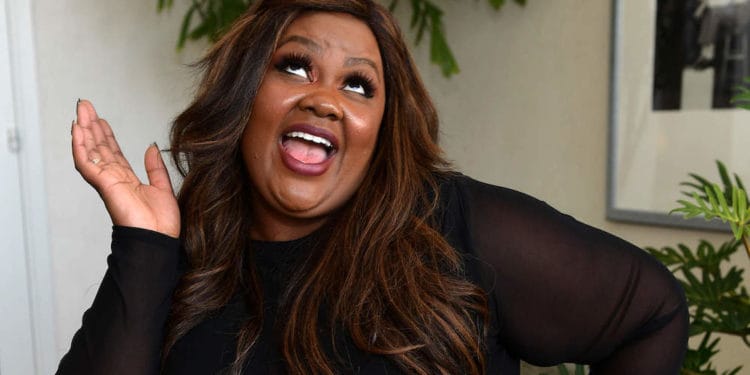 This week on NYgal’s radar is actor, writer, and comedian Nicole Byer. You may have seen Byer in one of her shows, making a cameo, or even heard her podcast. To say Byer is busy is an understatement.

In fact, she hosts Netflix’s baking show, "Nailed It", while also starring in and writing for Facebook Watch’s "Loosey Exactly Nicole", that is often inspired by her own life.

She documents her dating experiences through her podcast, Why Won’t You Date Me?– being a young millennial and discussing issues her audience can certainly relate to or simply laugh along with.

Aired on most popular podcast streaming platforms, HeadGum’s description of the show is frank…

"Nicole Byer is single and has been for decades. She’s smart, funny, has a fat ass and loves giving blow jobs. So the question is why is she perpetually single?"

Byer frequently brings on fellow female comedians to talk about sex, dating and more and even helps promote their work. Every single one of her podcasts is as hilarious as her Twitter, where her profile picture on the date of this writing is Byer laying on the floor, surrounded by dollar bills.

Other things she has starred in include Fox’s "Party Over Here", "30 Rock", "Transparent", and a Nestle advertisement which her website states "only runs in Israel". Also, she co-writes for A LOT of web series!

Is there anything this woman can’t do or isn’t doing? It seems unlikely. Not only is she an inspiration to many multi-faceted working young women, who want and, usually, need more than one source of income and creativity, but Byer, on top of everything else, is outspoken about a lot of issues too

Her big fight is body shaming, which this month was something she posted about on her Instagram in a double image post that included one edited version of her in her underwear and one completely untouched. She wrote…

"I have so many pictures of myself in underwear and I love it. The first one has been edited; the second one isn’t. I love both of these pictures so much."

Of course, the inescapable issue of the double standard questions about women speaking about men’s genitals in comedy without repercussions is something Byer has covered, as well.

In an interview with Bustle, she said…

A few days ago, Byer tweeted a string of Tweets about what it’s like to be black in today’s America, by using personal stories about her own racist experiences, particularly focusing on the industries she works in.

One tweet reads, "Going to work at a secure closed set where I had to show my ID to get in, and having a PA refuse to look at a call sheet and him saying “I don’t know if you belong here” while we stand in front of a trailer with my name on the door."

There are six other ones similar to this and Byer undoubtedly received mixed responses, which only helps justify the entire thread and back her discrimination with real life, online, examples.

No. I’m not demanding attention. I’m demanding that a hair/makeup artist come to work prepared. I’m demanding ppl to not automatically assume black people don’t belong. I’m demanding u to understand that that color of my skin affects my life in a way that it doesn’t for white ppl

Although born in New Jersey and a former New Yorker herself after she moved to the city after graduating high school, Byer currently resides in L.A. where she regularly performs stand up.

She is coming to the state soon though, performing in Buffalo and Albany in August and November respectfully. If that’s too far, no need to worry, Byer will be joining the ever growing diverse and rising stand-up comedians with a Netflix special very soon.