Dim Sum offerings that will leave you full for days! 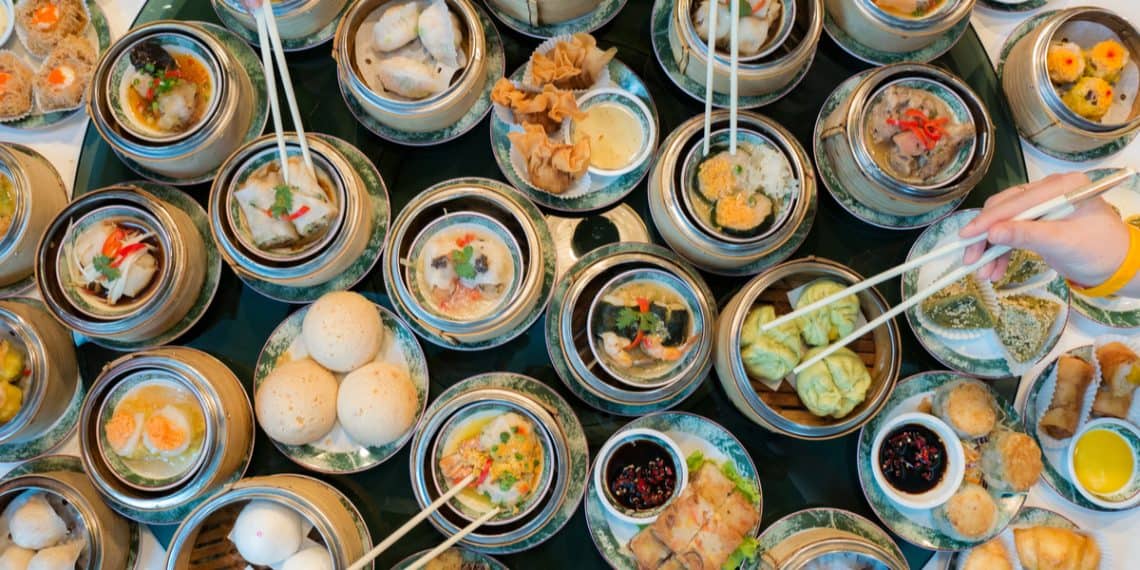 Due to New York’s diverse Chinese population, we are so lucky to have so many dim sum options. Dim sum is a large range of small dishes you order to share, originating in the Eastern Jin Dynasty.

The term ‘dim sum’ translates to “a little bit of heart” or “touch the heart” in reference to its portion sizes.

One of my favorite dim sum spots is Nom Wah Tea Parlour in Chinatown. It is hidden on a side street that cars are not supposed to go down. With its fun presentation and seriously delicious food, it’ll be your favorite in no time too.

Every Restaurant Has an Origin

The restaurant opened in 1920, originally as a tea parlour and bakery. It is a family business that has been passed down through generations.

Now, it is currently owned by Wilson Tang. His uncle, Wally Tang, bought the restaurant after being an employee there and working his way up for twenty-four years.

Now, Nom Wah boasts four locations: the original in Chinatown, a spot in Nolita, a stand at the Essex Market in Chelsea, NY, and lastly, a location in Philadelphia, PA.

The Best Noms at Nom Wah

My knowledge of dim sum goes back to Flushing, Queens. I was born in Flushing and spent a lot of time there as a kid. I have had some amazing dim sum in my life.

As I got older and began exploring other boroughs on my own, I found Nom Wah Tea Parlour and loved it.

My ABSOLUTE favorite dish on the menu is the Pan Fried Noodles in Superior Soy Sauce. The dish consists of thin Chinese noodles stir-fried with scallions, onions, bean sprouts, and soy sauce.

It is heaven on earth, please order it.

Secondly, I always order the Shanghainese Soup Dumplings. The dish includes pork dumplings filled with broth. Coming in at $5.50 for four, they are a steal.

Soup dumplings may seem intimidating to eat at first, but the method is quite easy. You put the dumpling on the big spoon, poke a hole in it with your chopstick, and drain the liquid into the spoon.

You then eat the delicious pork dumpling, with occasional sips of the broth or dipping into it!

Thirdly, at Nom Wah are the scallion pancakes. Scallions are mixed into wheat flour batter and then fried. It’s out of this world good.

This dish is $4.75 and you get four scallion pancakes. They also provide you with a sweet and sour sauce that is arguably the star of the dish.

One of my favorite dishes at Nom Wah are the House Special Roast Pork buns.

They  are wheat flour buns filled with caramelized onions and pork. You get two large buns for $4.95.

These are so good, I now pick up their frozen buns when I’m in the area to have on my own at home.

Lastly, I recommend any of their dumpling offerings that I haven’t mentioned. The Shrimp Dumplings or the Pork Dumplings are my suggestions.

Grab a few friends and make the trip to Nom Wah! It is a beautiful experience that feels familial and brings people together.

So when you have a chance, take out or visit Nom Wah for some of the best dim sum. Currently, they have outdoor seating available from 12-8 PM daily, or you can take out!

Our Favorite Body Lotions and Moisturizers For Dry Skin