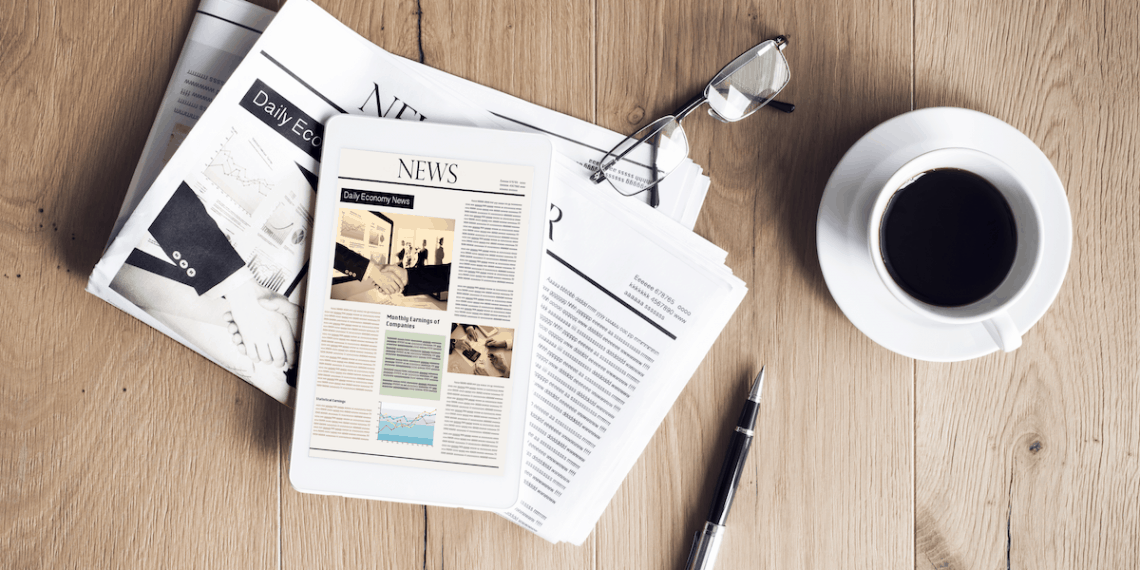 When so much happens all the time, it can be hard to keep up on the news from New York. While the city has always been a hotspot for intrigue, thanks to presidential run by former mayor of NYC, Mike Bloomberg, the city is under a global spotlight. From constant issues with the MTA, to the growing wage gap, to more fun news like what is happening on Broadway, there is a lot to keep up on.

Finding the best news source for you can be narrowed down by deciding if you want stories that are purely local, or ones that have international effects, or a combination of the two. Discovering major stories on NYC is usually fairly easy. New York is home to some of the best newspapers in the United States, allowing for widespread readership of New York events.

But not all news from New York bares national or global significance. Sometimes you just want to know what traffic is going to be like, or why your local grocery deli closed down, or where you can get free wine on a thursday night (spoilers it’s at the art galleries in Chelsea).

With constant activity in a city of 8 million people, there is always something to be reported on. With so many sources here is a guide to some of the best news sources for updates about NYC.Also if you are having trouble finding the best news source for you, check out our article on why millennials are better than boomers at spotting fake news.

Also if you are having trouble finding the best news source for you, check out our article on why millennials are better than boomers at spotting fake news.

The City is a subdivision of New York Magazine dedicated solely to New York reportage. You can find news by borough, or look at events that affect the whole city. This magazine covers issues including housing, transit justice, education and more. The City focuses heavily on politics and hard hitting stories (especially surrounding issues with the MTA). This magazine is for  finding out what is going wrong and how you can fix it .For high quality reporting for New Yorkers, this is a great place to look.

Named after the city in Batman, this magazine follows major events in NYC. Along with its political stories, The Gothamist‘s news from New York also covers cultural reporting. It reports on the endless supply of arts and entertainment in the city, as well as the wide variety of food options. Unlike The City, The Gothamist focuses on the variety of cultures that culminate in New York City. While they spotlight arts and events, their articles also tackle issues of diversity and politics.

While The New York Times of course reports on stories all over the world, it also has a section specifically for New York. There is no need to emphasize the quality of reporting done by The Times, given its position as one of the most influential newspapers. Given the resources of this newspaper, The New York Times covers virtually all categories of reporting. It is a perfect read for getting in depth reporting on both a local and global level. However, be warned that many of their local stories are set in the context of much bigger issues. While their reporting is high quality, it lacks the pathos of other local reporting.

There are a ton of local radio stations in New York, you just have to find the one that is right for you. For local news you can try WABC, WADO, WCBS-FM and so many more. Radio allows you to listen to your local news on the go, whether you are driving or taking the subway.

Although most major news publications are not targeted towards reporting on news from New York, they can still be a great source. Many of the biggest newspapers; Wall Street Journal, New York Times, New York Post etc., are based in NYC. While they might not focus specifically on NYC news, they often include it. Also given the size and importance of the city, there is always nationally (or internationally) pertinent news happening in NYC that gets reported in all major publications. Pick up any newspaper and there is sure to be a story in there about New York City.

Why does it matter?

In today’s day and age staying updated on the news cycle is more important than ever. Local, national, and international news shapes every aspect of daily life. Sometimes it seems boring, like reading about the MTA having more delays. But those stories affect every day citizens, including you.

Keeping up to date on news feels like a full time job, but its importance outweighs the drabness. If you don’t have time to read The New York Times, listen to their podcast. Or if you don’t want to waste paper, read an online magazine like The City. There are many way to make news accessible to everyone. What is important is finding the news source that works for you.

Read something you usually wouldn’t. Expand your horizons and learn about something new.

Support your local news sources by subscribing or donating; it is the only way to keep them funded for their reporting.

Stay up to date.

Find joy in learning something every day.

Best Chicken and Waffles near Me (nyc)