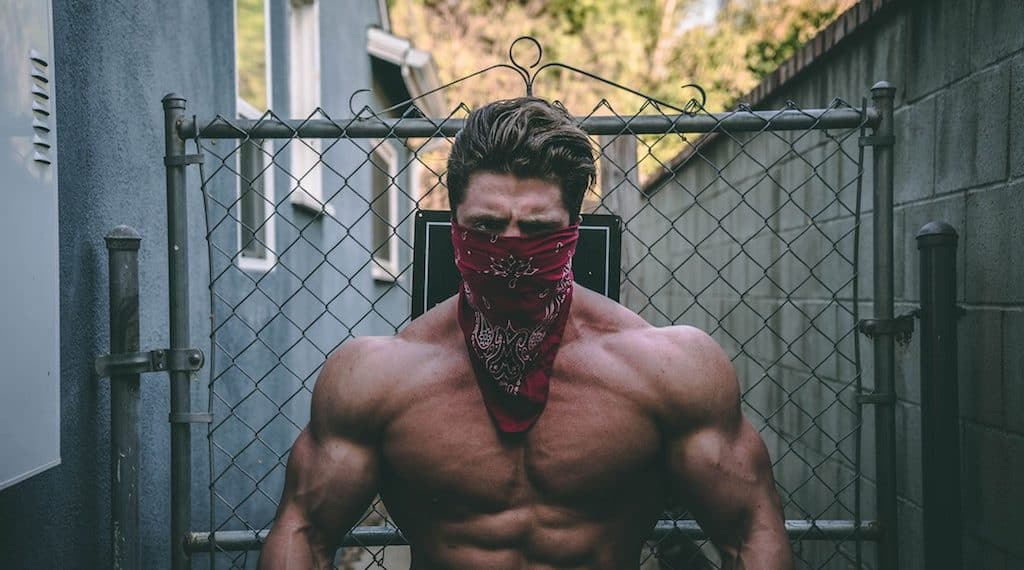 Governments around the world, democratically elected, are starting to lean startlingly more conservative, especially in their policies that target women. Turkey’s leader, President Erdoğan, genuinely believes that women should not openly laugh in public.

Saudi Arabian women just earned the right to drive, but still, need male permission to leave the country. And don’t get me started on America’s own Vice President Pence, who wants to criminalize women who seek abortions.

Unsurprisingly, these conservative leaders who want to dictate women’s bodies, minds, and independence, are men. But there’s another man who may not be in government, but poses a grave danger to women.

Dayroosh Valezadeh, known as Roosh to his followers, gained international infamy in 2016 with his earth-shattering call for legalized rape. He released an article for pro-rape legislation, stating that rape should be made legal on private property in order to force women to take responsibility for their part in being raped.

Responsibility for the way they dress, locations they frequent, promiscuity, and other non-ladylike social behavior that makes them susceptible to such assaults by men who are simply acting like neomasculine should: animals. I wonder what he thinks of the Critically Acclaimed documentary film, “The Hunting Ground,” chronicling cases of sexual assault on college campuses across America – probably that these young women were asking for it.

After a careful investigation of Return of Kings, the social Darwinist conservative website advocating for male rights – pouring through Roosh’s top 50 most popular articles of all time, studying his dictionary of words that define “neomasculinity,” and most cringe-worthy of all, reading through the comments of his followers, I shocked myself – I actually learned something from this website. I threw up in my mouth right afterward my epiphany, but that’s beside the point.

This type of legislation is just as insulting to men as it is dangerous to women. By claiming that women must take full accountability for provoking sexual assault, it removes the notion that men are intelligent and empathic human beings that can control their behavior, sexual prowess, and impulses long enough to distinguish between the right and morally, legally, socially, WRONG decision regarding engaging in sexual activity with a woman without her consent.

Even more dangerous is that ROK has over 40,000 members worldwide with new members and followers joining the movement every day, many of them in support of Roosh’s toxic legislation.

Sure, 40,000 members to a world with over 7 billion people doesn’t seem like a shark in the water, more like a crawfish with its head in the sand. But Roosh is not the only public entity that advocates for male rights, legalized rape, and homophobia; he’s simply the most famous. What are male rights anyways?

Stating that men need to reclaim their rights implies that there is or was a time when men were oppressed simply for being men, not for any other religious or social reason—which is, quite frankly, absurd. Men have never been persecuted or oppressed, have never had to defend the notion that they are entitled to the same resources, protection, and opportunities as women.

The fact that there is more than one person, who yearns for a more primitive era where women are treated like the second sex, both socially and legally in developed nations, is frightening.

I typed in “Return of Kings” into my Google search bar expecting to find a poorly constructed website with the rants and ravings of an uneducated redneck conservative projecting fear mongering of his own insecurities and vulnerabilities about the progression of the Western World, whose members should be declared international terrorists and a threat to public safety…then euthanized and sent to prison on an island far away so their tiny brains can never hurt anyone again–well, I wasn’t THAT far off.

Roosh V is actually well educated and surprisingly world traveled. He graduated from the University of Maryland with a degree in microbiology, a respected scientific field, and has lived in South America and Europe.

He is a published author – though his subject matter continues to be a bit one-note. His first book, Bang, pretty much sums up his personality in his foolproof approach to successfully sleeping with women. From there, his books get more and more redundant. (List books) You can see where this is going.

In the About section of their website, where Roosh insist that first-time visitors begin their journey, ROK lists nearly 30 words and their respective definitions that all neomasculine men must understand and practice in order to behave as a sexist pig, oops, I mean real men.

How to get into a woman’s pants
Patriarchy A superior societal system that catered to the innate abilities of the sexes and provided them with roles that not only furthered their own abilities and interests but civilization as a whole.

Male domination, female oppression
Sexual Market Value: A woman’s value significantly depends on her fertility and beauty. A man’s value Women are their looks, men are their wallets

In addition to introducing his pro-rape legislation, Roosh announced that he would be embarking on a world tour to rally his cause like a deranged cult leader calling upon his community of tragic followers.

Though the countries along his campaign trail had a less than favorable reaction to his imminent presence. Australia and Canada are going so far as to label Roosh a terrorist threat and block his entrance into the country should his passport pop up at the airport.

A Canadian boxing group threatened to crash their party and put up a fight – literally and metaphorically. And what did these so-called Neomasculine Kings do in response? They cowered.

After vehemently declaring that he would not be intimidated by these threats, Roosh finally conceded and cancelled his tour, stating that the risks to his community members were too great to continue with the international campaign, “I can no longer guarantee the safety or privacy of the men who want to attend on February 6, especially since most of the meetups cannot be made private in time.”

Roosh remains positive, claiming that he will reschedule his world tour once he figures out a way to privatize the meeting locations…which, let’s face it, will only happen if the internet crashes worldwide or hell freezes over.

Even though Roosh cannot physically meet with his followers, members of his twisted community still find ways to gather without drawing too much attention. These cave men meet every Friday night at 8 pm in specific locations in cities around the world (there was a meeting last week under the Arc de Triumph in Washington Square Park), to discuss their neomasuline hopes & dreams and, more importantly, formulate a strategy for how the evening will play out at 8:20– as individual predators to divide and conquer or to hunt the opposite sex as a pack. Members even have specific rhetoric to disguise their identity but to be able to identify fellow members:

“***To identify your fellow tribesmen, ask the following question to a man you suspect is there for the meet up: “Do you know where I can find a pet shop?” If you are asked this question, answer in the affirmative: “Yes, it’s right here.***”

Women shouldn’t need to walk with pepper spray late at night or look over their shoulder for any incoming threats if they are venturing out alone. The students at Yale shouldn’t have had to create a nail polish that changes color to determine if a drink has been tampered with a date rape drug.

But I have to admit Return of Kings has a point. The human and legal rights of males are under attack. The social progression of the Western World is encouraging women and minorities to assert their independence and equality while diminishing the authority males used to assume.

A generation that no longer defines gender as a binary but instead a fluid linear slope is dangerous indeed to the neomasculine condition and threatens to disrupt the entire biological order that has governed this world for thousands of years. It’s like Roosh and his followers were put in a time capsule from the 1950s, woke up yesterday and found out the world has changed.

You’re goddamn right it has.

Photo by Wesley Quinn on Unsplash

How to Achieve a Work-love Balance in Nyc