Everything you need to know about Christopher Reeve's oldest son 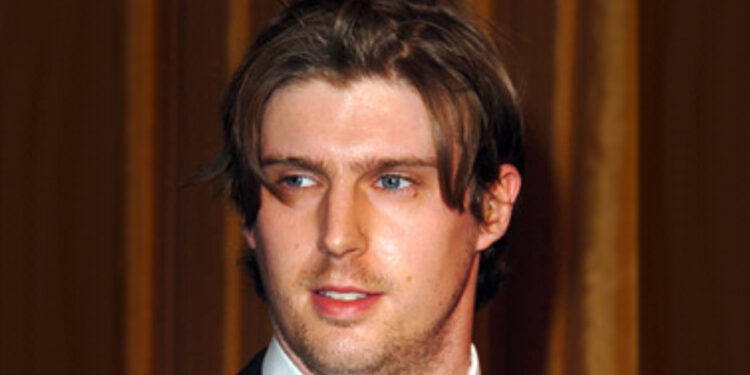 Is that a bird? A plane? No, it’s Superman’s son, Matthew Reeve! This famous man is a director, a screenwriter, a producer, and an activist. But how did he come to have this busy career? What is his personal life like? He has a really interesting and busy life. Here is everything you need to know about the famous renaissance man that is Matthew Reeve.

Matthew Reeve was born on December 20th of the year 1979. He was born and raised in London, England. His father was the late American actor, Christopher Reeve. Christopher Reeve was most known for playing Superman in the Superman movies from the late 70s and early 80s. Matthew’s mother was Gae Exton. She was a British modeling executive. His parents were never married. They were, however, together for nine years.

Matthew is the oldest child of three siblings. In 1983 his mother gave birth to his younger sister, Alexandra. Alexandra and Matthew Reeve were raised by their parents in London, England until their parents separated in 1987. Their mother took care of them in London while their father moved back to the United States. Later on, Matthew’s father would have another boy. This was Matthew’s younger half-brother, Will. The three siblings seem very close to one another and have supported each other a lot throughout the years.

In 1995, Matthew’s father, Christopher, had a dangerous accident while riding a horse. This scary incident left him with a cervical spinal injury. This injury paralyzed him from the neck down and made it difficult for him to breathe. Matthew Reeve was only fifteen years old when his father had this tragic accident that would change both of their lives forever.

When he was younger, Matthew Reeve attended St. Paul School in London, England. He would graduate in the year 1997. Once he graduated, Matthew moved to the United States just like his father. He would attend Brown University in Rhode Island. Matthew Reeve then graduated with a Bachelor’s Degree in Arts.

Once he graduated from undergrad Matthew took a break from school for a few years to start his career. Then in 2009, he moved to New York to attend New York University. He was in the duel program for two degrees at once. Then in 2012, he graduated with two degrees. He had a Master of Fine Arts and a Master in Business Administration.

The Career of Matthew Reeve

Christopher Reeve might have been a very talented actor, but his son took a different approach to the film industry. He has spent most of his career behind the camera instead of in front of it. After graduating from Brown University he produced and directed his first movie. He made a documentary about his father titled, Christopher Reeve: Hope in Motion. This film first aired on ABC under the name Christopher Reeve: Courageous Steps.

This documentary would focus on Matthew’s father and his injury and how he moved forward from it. It discussed his recovery of movement and how he worked to regain mobility. This movie was very personal for Matthew Reeve and his family. It was nominated for an Emmy and it won the Communicator Award for Excellence in documentary filmmaking.

After this first documentary, he made a follow-up documentary about his father. It aired on BBC shortly after his father’s death. This was titled Christopher Reeve: Choosing Hope. In 2009, he made a documentary called Over the Water. This focused on a man named Aaron Hadlow who was a World Champion kiteboarder. He has really made a name for himself in the film industry.

After his father’s accident, Matthew Reeve became very interested in activism for similar injuries. In 2006 he joined the board of directors for The Christopher & Dana Reeve Foundation. He is on their Quality of Life Committee and Executive Committee.

From his activism to his filmmaking career, Matthew Reeve is a very busy man. It is also really interesting that he went back to school after his first movies came out. It seems like he wanted to hone his craft more which is very respectable. Matthew Reeve has a very impressive career and clearly cares about others a lot.