Kratom Tea Recipe: How To Make The Most Out Of Your Kratom Powder

Looking for more ways to use Kratom powder? Check out these amazing Kratom tea recipes that you will go to again and again. 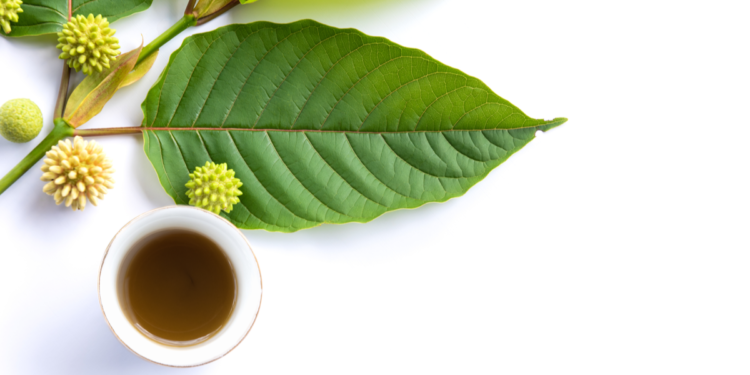 The kratom tree is native to Southeast Asia where the leaves are widely used to make kratom tea. Kratom has become quite popular in the United States because it’s natural and it offers a range of effects such as stimulation, energy, and mild pain relief.

If you’ve never heard of kratom tea before and would like to know more or if you are simply just searching for a better way to consume the bitter herb, then keep reading! We will show you four simple kratom tea-making methods plus cover some of the common benefits people derive from drinking kratom tea.

Kratom has a range of benefits, known to give energizing effects at low doses but mild euphoria when the dosage is increased.

Kratom is often used as a natural alternative to many pharmaceutical drugs which have negative long-term effects. Many Americans who are suffering from illnesses that impact their quality of life are looking to alleviate their symptoms in a natural way and kratom has become quite popular here in the United States. People who suffer from pain on the daily, have trouble falling asleep, or who need an energy boost in the morning, all benefit from kratom because it has such a wide spectrum of benefits.

What Is Kratom Tea?

Kratom tea is made by steeping kratom leaves or kratom powder (ground dried leaves) in hot water. The process draws out the plant’s active ingredient – an alkaloid known as mitragynine. Mitragynine is often said to contribute to kratom’s naturally bitter taste. In fact, a common belief is that the more bitter it tastes the stronger it is.

The levels of mitragynine in kratom powder will vary according to the strain of kratom used. For red strains, the kratom is generally the most bitter while white strains such as white indo elephant kratom and even green strains are usually less bitter. It is also important to keep in mind that longer brewing times may lead to changing the alkaloid levels because some of the alkaloids may deteriorate in the boiling water. For this reason, it is ideal to let the water cool off before pouring in the kratom powder.

You can also add kratom powder to your favorite tea flavor. This gives a more blended flavor and helps to mask the bitter kratom taste while still allowing you to enjoy kratom’s benefits. Some also suggest adding lemon or lime juice help to draw out more of the mitragynine (known as potentiation) while improving the taste of the tea.

While kratom tea can be made from either kratom leaves or powder. These four recipes focus on using raw powder. As far as serving sizes go, a good guide is to use half a teaspoon (about 2 grams) of kratom powder for every cup (or 8 ounces) of water but this depends on your own personal preference.

Since powder potency will differ according to strain and where you buy kratom powder from, you may need to experiment with the quantities until you find what works for you.

Note: The longer you let it simmer, the stronger/more bitter the taste will be.

Note: Use a cup with a spout in Step 1 for easy pouring in Step 3.

Kratom Recipe 3 – In A Coffeemaker

Note: If you use a French press for your coffee, you can use it in the same way for your kratom tea.

Note: This method produces a more mellow flavor of kratom tea. The finished tea is usually refrigerated or poured over ice to make iced tea.

Other Ways to Use Kratom Powder

Powdered kratom can be used in several ways apart from making tea. Here are three of them.

The toss-and-wash involves placing the powder in your mouth then washing it down with a drink of juice (preferably orange juice). The technique takes practice because the very bitter taste of the powder could cause you to gag.

The intriguing red bubble technique calls for freezing a mixture of kratom powder and water. As the cells of the kratom powder freeze, they burst and release high levels of mitragynine. The potent red bubble that is created can then be allowed to melt slightly and some juice of your choice added for an icy kratom treat.

You can buy kratom powder in capsule form or perhaps buy kratom powder and encapsulate it yourself. The capsule lets you avoid the bitter taste but you may have to take more than a few of them for the desired effect.

Make-up Survival Guide for the Pale Girl in the Summer