New York Gal » Is the New Acne Vaccine Worth a Try?

Is the New Acne Vaccine Worth a Try?

Everything you need to know about the new acne vaccine. 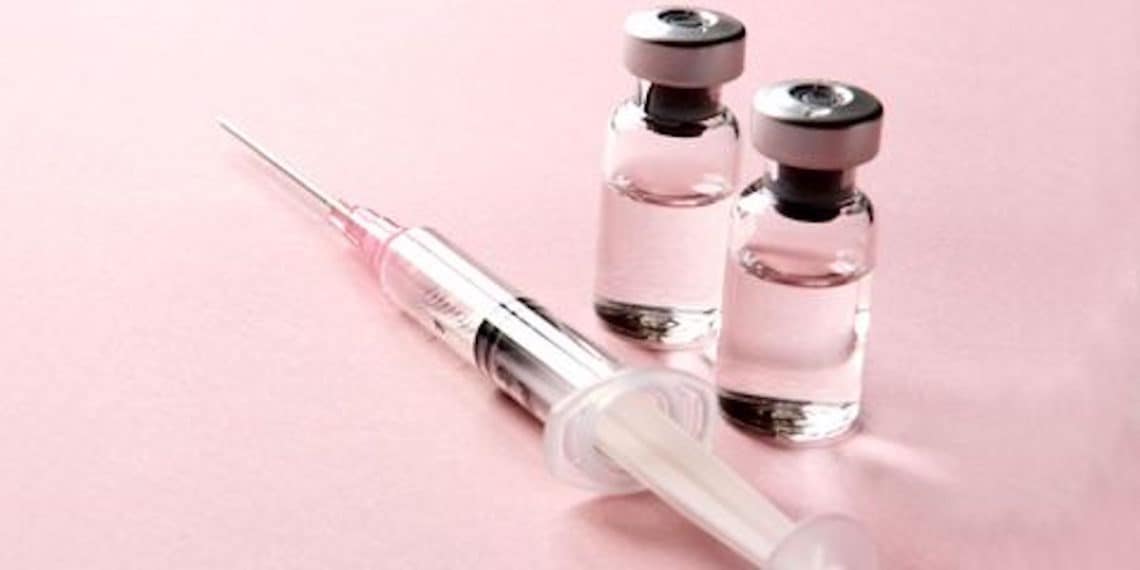 Acne, it isn’t much fun. It’s the most common skin condition American’s face, too. In fact, the American Academy of Dermatology states that around 50 million people are affected by the condition. 85% of individuals between the ages of 12-24 suffer from the condition, which is noted, that this can range from a pimple to chronic acne.

Still, there’s even worse news: The percentage of adult acne is increasing, especially in women. I can vouch for this as last year, at 22, my face broke out in large, painful spots. I hadn’t even had acne as a teenager, apart from an odd pimple. It took away any confidence that I had, making me reluctant to leave the house and having to constantly carry concealer. Antibiotics made my skin normal again, with some slight scarring.

Antibiotics, Retin-A, Accutane, birth control, laser treatment, steroids, giving up dairy, home remedies and “just try washing your face” are all supposed treatments to combat acne. Yet, many still don’t work, leaving people exhausted and hopeless to try to find what to do next. As well as having dry and irritated skin amongst other side-effects.

However, scientists at the University of California are developing something that they claim willactually be effective, a vaccine for acne.

Firstly, What is Acne?

Acne Vulgaris occurs when the pores of the skin become clogged with oil, dead skin cells and bacteria causing inflammation. Beneath the skin’s surface, lie the sebaceous glands that produce sebum and acts as a natural moisturizer for the skin. The glands and their hair follicles are called sebaceous follicles and reach the surface of the skin, becoming pores.

During puberty, these glands start to produce oil, stimulated by the male hormones in both sexes. Sometimes, this can result in a build-up of excess oil and blocks the pore. This clogged pore attracts the usually-harmful bacteriaPropionibacteriumacnes. If the follicle ruptures, this causes acne on the surface and spreads the bacteria, oil, and sebum to nearby follicles. Thus, prompting a cycle of inflammation.

Why do We Need This?

The study’s lead investigator, Chun-Ming Huang, Department of Dermatology at the university said in a press release…

“Current treatment options are often not effective or tolerable for many of the 85 percent of adolescents and more than 40 million adults in the United States who suffer from this multi-factorial cutaneous inflammatory condition. New, safe, and efficient therapies are sorely needed.”

Scientists and doctors are still doubtful as to what causes acne. It could be one factor or a combination of many.

“People often come in and say, ‘Is it my diet?’ and I say yes. ‘Is it the cream I’m putting on my face?’ I say yes.” Carlos Charles, founder of Derma di Colore, told The Atlantic.

And, like Huang stresses, we need a safer alternative. One that won’t leave people sensitive to sunlight or cause birth defects.

How Does it Work?

The vaccine in progress will work with the bacteria already found in the body, instead of introducing harmful pathogens to fight it. The bacteria, known as P. acnes, is the cause of acne but is also a part of our natural microbiome. And, somewhat good for the skin.

“Completely eliminating the bacteria will not likely fully treat acne and may interfere with our bodies healthy microbiome,” Joshua Zeichner, an acne specialist and Mount Sinai Hospital’s director of cosmetic and clinical research in dermatology, told Allure.

He adds, “We found an antibody to a toxic protein thatP. acnesbacteria secrete on skin — the protein is associated with the inflammation that leads to acne.”

This would eliminate only the harmful properties of the bacteria, without completely wiping it out.

When Will it be Available to The Public?

Tests on mice showed that the vaccine was effective and reduced inflammation and produced antibodies to the P. acnes bacteria. It will be a long time until doctors will be able to administer these vaccines, though, as the research group will need to run a human clinical trial next.

The group, Huang told Allure, is “actively seeking a company who can work with us to conduct a clinical trial immediately.”

Although many pre-sufferers of acne in their teens will most likely be seething with jealousy over the generation that will, hopefully, not have to endure being called pizza face, the news is exciting.

And for those suffering now, just hold tight. This could potentially be the end of acne.

How to Make Time for Your Girls When in a Ltr