Is Your Sex Life Gluten-free? 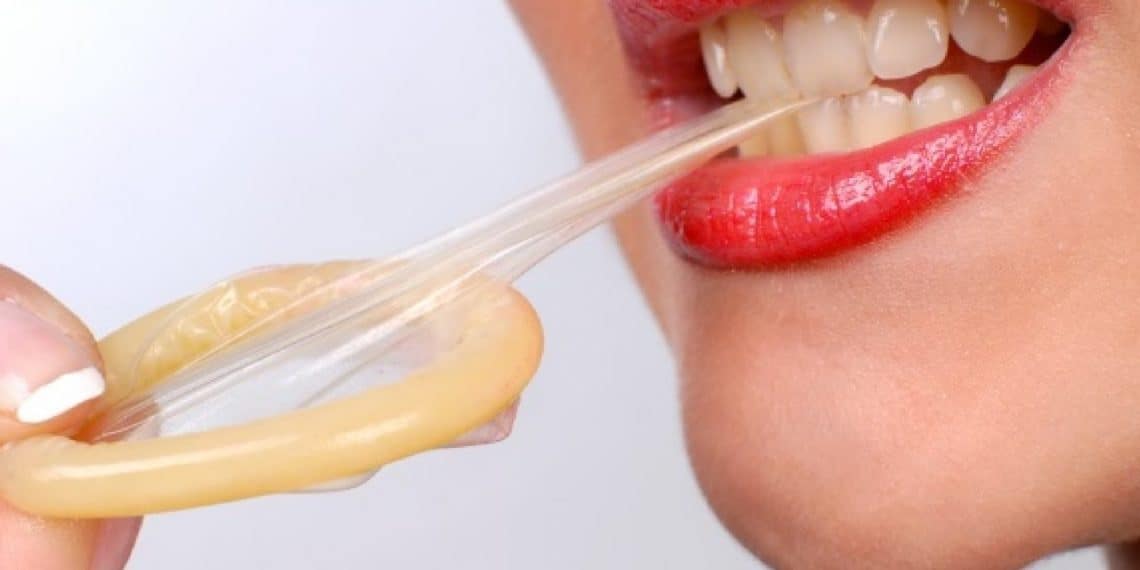 I know what you’re thinking this gluten-free madness has gone way too far! First, it was the vegetarians, then the vegans, then the whole rise of the kale epidemic of 2016.

Now, it’s 2018 and we’re drowning in gluten-free cookies that taste like cardboard and the non-gluten nutrients are trying to infringe on our sex lives too? Where does it end?

Here at NYgal, this sounded way too crazy to be true, so we dug deep to find out what this hoo-ha was all about!

Here are the 4W’s on gluten-free condoms:

Gluten-free condoms are just what they sound like- they are simply condoms that do not contain any form of gluten. But, wait…Do condoms usually have gluten in them? The answer is no.

However, condoms with lubricant may have gluten in them. The Food and Drug Administration pigeonholes condoms as medical devices. This allows condom manufacturers to leave gluten out of the list of ingredients on their packaging. Super sneaky!

So, a gluten-intolerant person giving a blow-job with a gluten-lubed condom, really, is like eating a Snickers bar without knowing how many calories are in it – super satisfying, but you might have a tummy-ache after.

So, I bet you’re wondering who actually needs to use these gluten-free condoms. Obviously, the celiac girl who likes to deep-throat…just kidding! Actually, no, she should pick some up! (Details in the WHERE section below!)

But really, of course, the most obvious answer is people with celiac disease. Sufferers of celiac disease experience vomiting, diarrhea, constipation, stomach pain and every other stomach ouchie-booboo you can think of when they ingest gluten. This is because of their small intestine’s uber-sensitivity to the substance, making it hard to digest.

Others who may benefit from this new product are people who live with a gluten sensitivity. This is basically celiac disease in a much more refined form- like if King Kong destroyed the city in a cute dress. It’s still bad and scary because it’s King Kong, but like, not as bad and scary because he’s wearing a floral dress from Zara and a statement necklace.

Now that we know who the target audience is, let’s determine if it’s really a game-changer! Will this be a new staple for all the celiac sufferers out there? Maybe if they’re giving a whole lot of condom-protected blow jobs, but honestly, it’s probably not a necessity in most people’s lives.

Gluten is frequently used as a filler product in personal care items, however, it cannot be absorbed through the skin, so people with celiac disease or a gluten-intolerance do not have to worry about digestive issues while using these products.

Gluten-containing condoms, also, won’t arise any intestinal issues unless you swallow them, and please don’t do that! If a condom contains lubrication that has gluten, and you are performing oral, it would not be enough to travel all the way through your system and affect your digestive functions to any great extent.

Besides catering to a certain audience, is there another reason why these condoms were developed? Yes.

In today’s society, everyone is concerned about what is going into their bodies and for good reason! People want to know if what they’re being served is organic, vegan, soy-free, nut-free, or grain-free. They want to know which way the sun was pointing when the tomatoes were planted and what time the milk was squeezed out of the cow’s utter…Oh, and what utter it was from.

Gluten-free condoms were created mainly as a point to actually give the ingredients that are in condoms, as most companies don’t state the complete list. The idea of this product is to be upfront, transparent, and cater to the gluten-haters of our society.

If I sold you on living a gluten-free sex life, then great! You can find these babies by brands such as Glyde, Green Condom Club, Sustain, and Lola.

Are gluten-free condoms just a hippie-dippie marketing gimmick or the real deal? You decide.

Get Your Insta Poppin’ with These 8 Nyc Murals

5 Recipes Guaranteed to Make You a Kale Lover