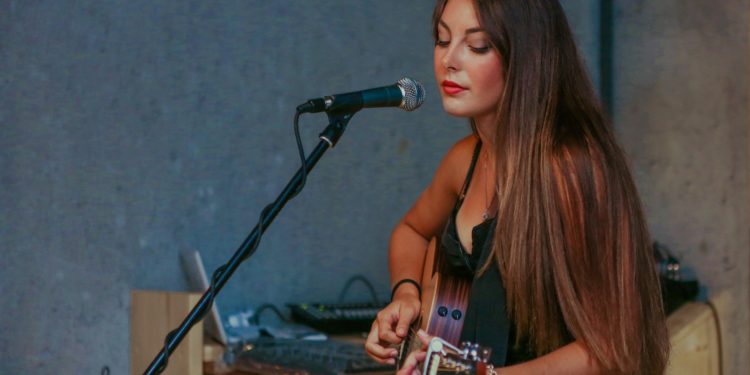 Photo by Nick Karvounis on Unsplash

This Valentine’s Day, recipe box company Gousto has revealed just what these foodie love songs ACTUALLY mean (plus a 25 track playlist serving up a selection of these sizzling tracks).

From Drake and his passionfruit to Katy Perry and her cherry pie, discover the real meanings behind the tunes you’ve been humming along to on the office playlist!

Singer-songwriter Jack Johnson is well known for his soothing songs and Banana Pancakes is no exception. Just like actual banana pancakes, this song has a completely laid back vibe, which is mirrored in the underlying meaning of the song.

In an interview shortly after the release of the song, Jack explains the story behind the song and why he loves banana pancakes for breakfast so much!

“It’s a ‘wake up in the morning and make breakfast with your family’ kind of song. It started when my wife was busy doing something and I wanted to distract her, so I started playing the song.”

We can just imagine Jack plus his wife and kids chilling out on a Sunday morning together, making banana pancakes and just making the most of the weekend together.

“I just like to make people have a good time and sing and get in a good mood. So I like to put a couple of those love songs on the album.”

released their single Chocolate back in 2013 and since then, there has been much debate as to what the lyrics refer to. These debates range from love to much more sinister interpretations.

The lead singer explained in an interview with the Richie T Experience, that the bitter-sweet nature of Chocolate is symbolic of the relationship he had with authority, his parents and friends as part of growing up in a small town.

“It’s a love letter to the authority figures in our town – you know about small town boredom, both by the kids and by the police.”

The music video accompanying the track cements this, with the whole band filmed in a getaway car fleeing the police for an unknown reason.

Notoriously cryptic, there was plenty of speculation around the meaning of the song Kiwi by Harry Styles with fans all over the globe dissecting the lyrics to reveal the true meaning.

Some interpretations suggested that Kiwi referred to a past girlfriend from New Zealand whilst others looked to the video for a clue to solve the cryptic meaning behind the song.

When asked about the meaning of Kiwi, Styles gave us a small insight into his songwriting process (and it has absolutely nothing to do with the fruit!).

“It started out as a joke, now it’s one of my favorite songs. It’s one of the first ones I wrote for the album, when I was getting out a lot of energy. I hadn’t written in a long time and this is what came out of it.”

Since Passionfruit was released, the number of online searches for this tropical fruit tripled worldwide, and there have been over 1.2m posts tagged with #passionfruit on Instagram.

Taken from Drake’s 2017 release More Life, the song Passionfruit has generated plenty of discussion about the meaning of this fruity-titled track.

Language experts have delved into the Latin and French history of the word ‘passionate’ whereas others have suggested that Passionfruit is a homage to the song’s Jamaican dancehall and beat, with passion fruits growing in abundance on the tropical Caribbean island.

One of the most common (and most likely) interpretations of the song, relates to it being about passion coming to an end when you come out of a relationship, but singer Drake has never confirmed any of the above meanings, leaving Passionfruit open to interpretation.

Interestingly, Drake was spotted sporting a tattoo which closely resembled the flower that grows from a passionfruit plant. These tropical plants bloom for a very short amount of time, providing a metaphor for the relationship discussed within the song, passionate but fleeting.

Katy Perry used a seriously clever food-based marketing ploy to promote the release of Bon Appetit. In an exclusive email to her mailing list, Perry released a recipe for ‘The World’s Best Cherry Pie’, announcing to fans that if they made her a cherry pie, they might get a surprise. The surprise was, of course, the release of the single. And, her fans went wild for both the cherry pie recipe and the chart-topping single.

Whilst Bon t is toe-tappingly catchy, with Perry herself saying that it should provide some sort of escapism for fans and not to take the song too seriously, there might be a much deeper message to the song than we first thought.

Some reviewers have suggested that the lyrical undertones explore female empowerment in the face of patriarchy, where as some reviewers have pointed to the video, explaining that there’s a power-play between Perry and the ‘chefs’ that want to control her.

The release of Lemon was a surprise for N.E.R.D fans, to say the least, as it was their first full-length LP for 7 long years.

Refreshingly, Pharrell Williams has been clear about the explanation behind the Lemon reference.

“The expression of referring to something or someone as a “lemon” can sometimes be used to describe that thing or that person as a dud.”

He goes on to explain more about Lemon:

“Lemon is a fruit. It is bitter. Hence, the origin of the song. It’s like when we all have the potential to be very fruitful as human beings, but certain times where people act like they’re like happy for you, but when they answer your question or when they see you, it’s kinda like they just bit into a lemon”.

Recorded for their fifth album, Sugar was released in 2014. It’s a disco, funky pop song that was based around the 2005 box office hit, The Wedding Crashers.

Sugar, in this instance, is used as a metaphor for being so deeply in love that (similar to a sugar rush) you crave the person as much as you would crave sugar. Some reviewers of the song suggest that the song describes someone who is clingy and demanding.

Looking for more foodie songs for your Valentine’s celebration?

Check out the GoustoCooking Valentine’s Foodie Playlist on Spotify: