Read how grandma instilled the joy of giving to little Aisha! 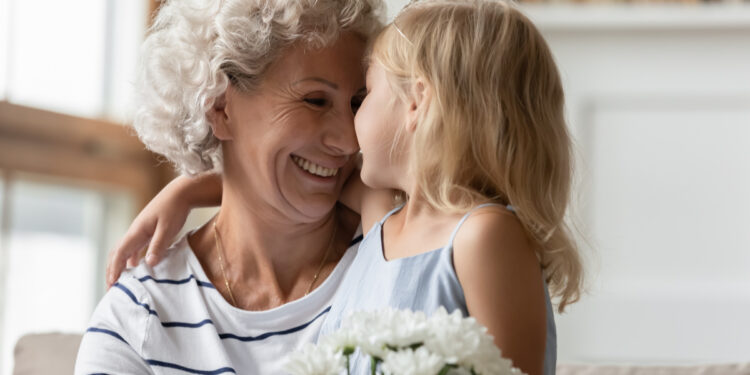 After a month-long winter vacation at her ancestral place, little Aisha was overjoyed to get back to her class. This term is going to be so exciting, thought Aisha.

As soon as she reached home, the first thing Aisha did after freshening up is take out her old and new books. She always preferred an organized desk. She segregated and arranged her books multiple times a week.

Her parents often made fun of her saying, ‘You might end up being a librarian when you grow up!’

She protests, ‘No! I am Belle! Haven’t you read Beauty and The Beast?’

After cleaning her desk, Aisha had her breakfast. Then she sat down to go through her home-works again. On the way back home, her mum said ‘Aisha! Don’t embarrass me and your daddy after such an amazing holiday trip!’

After a while, Aisha started feeling uneasy. It seemed like someone was observing her!

Aisha is a sensitive child. She has the habit of getting distracted easily, whenever there is a slight noise or change in the external surroundings. Her mother has been very tough with her, regarding this. Her mother even let her out in the cold, dark, the day Aisha brought home the remarks ‘unmindful and inattentive in the class.’ Finally, she gave up too!

After all, it’s not the little girl’s fault that she gets distracted. Mom explained to little Aisha, she would rather introduce her to Meditation or Yoga classes instead, next year.
Aisha waited at her desk for a while and got up to fetch a glass of water.

Everything seemed normal. She was about to get back to her study table, when she noticed a tiny black head, popping outside the corner window. The little girl marched towards it fearlessly and opened the window. She saw a gypsy boy wrapped in old withered rags and sacks. He had sharp blue eyes, that sparkled as he saw Aisha. The boy greeted Aisha with a faint yellow smile.

‘Hi! Can I help you?’ asked Aisha in her sweet melodious voice.

The boy seemed nervous. He fixed his hair unmindfully and said, ‘I don’t need any help.’

Aisha calmly asked, ‘But, you are looking for something, aren’t you?’

The little boy seemed petrified. He said, ‘If I tell you, you have to swear that you won’t tell anyone.’

Aisha said, ‘Go on! I promise to try and help you instead. Your secret is safe with me.’

The boy took a moment, and said ‘I am a thief! I steal books, magazines, and paper.’

Aisha’s eyes widened up. She has never heard anything like this. ‘What? But why?’

The little boy was fighting back his tears. Finally, he said,’ It’s a long story; but, I don’t need your sympathies!’

‘My parents are broke, and I had to drop out of my school last year.’

‘Earlier my friends used to smuggle me their old books and stationaries. Eventually, I could sense they were avoiding me.’

‘Why don’t you return them later, with an apology note?’ asked Aisha calmly.

‘Well, I haven’t considered that! Besides, I am always on the move, because I can’t get caught!’ he flaunted a wicked smile.

Aisha rushed inside at lighting speed and took out two boxes from her cupboard.

Before leaving for her ancestral home, Aisha had organized these two boxes, with the books that she had finished reading multiple times. She took out her brand new favorite notebook and the pink-yellow unicorn pen. She had to struggle hard to drag the two boxes to the window. Finally, she handed them over to the astonished boy.

‘Here!’ said Aisha in a commanding voice, ‘Take these.’

‘Now you won’t need to steal any books for at least two years.’ she laughed gracefully.

The gypsy boy became speechless and numb. He fumbled hard to utter ‘Th-Thanks! I-I will return them to you later!’

Aisha’s eyes filled with tears. She wondered, ‘If her granny was still watching over her.’
After all, she was the one, who planted the seeds of charity in the little girl. She closed her eyes in gratitude.

A voice inside her head said, ‘ Aisha, hand me that nice soft comforter, will you?’

‘Thank You my dear! See your newborn sister is shivering over there. She has a high fever.

May Lord bless the child, she is dealing with so much at the tender age.’

It was another beautiful spring morning, yet Aisha felt. She was lying on her grandma’s lap, as she played with her tiny feet and said, ‘When will you grow up, Aisha?’

Common Homeschooling Pitfalls and How to Avoid Them?

Mavis Leno: Everything You Need to Know About Jay Leno's Wife