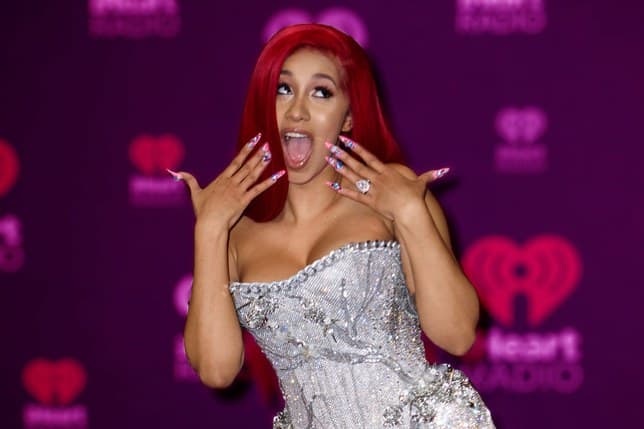 The new mom has been in headlines more than usual ever since videos surfaced of her basketball player boyfriend Tristan Thompson cheating on her. Cardi was candid when speaking about Khloé’s relationship woes and even touched on her own.

The “Bodak Yellow” rapper was in headlines herself a few months back after her fiancé Offset from the rap group Migos was allegedly caught cheating with a woman in a hotel room. Cardi decided to stay with her man despite the allegations and offered advice to the Khloe.

Check out the juiciest parts of the interview below.

How She Met Her Fiancé Offset

We met in New York but before we linked up we met at an industry party they Migos] had. He was hitting up my homegirl Star asking about me and at first, I was like no, I’m not trying to deal with any rappers because they date to many girls and I’m the type of girl to catch feelings and out of any girl what make me think you want to stay with me. But then when I met him and saw his demeanor and the consistency I was like [smiles] okay.

How their relationship developed

It was weird because for the first month it was like if he doesn’t call me I’m not going to call him or if he doesn’t text me in 20 minutes I won’t text him for an hour. It was very prideful. I don’t like to express how I feel I was trying to act too hardcore and too Cardi B, but then it was like damn why can’t I stop thinking of this stupid boy. I felt like I was afraid to give my all and he was afraid to give his all because people put things in our minds, like “do you see her videos? she was a stripper hoe don’t trust her.” Then people would say “do you see the types of things he says, like bitch, I’m a do woof”.

How she handled her own cheating scandal

We had to fight for our love because it wasn’t easy. Like in the beginning of our relationship we had our doubts about each other. And things weren’t perfect, I had my suspicion but things were private between us but when it got out in the public I was like man here it goes but we just worked it out.

What attracted her to Offset

He was very motivational. Before “Bodak Yellow” came out he told me I was going to be a star. When I presented him the song “Lick” he said, “you are going to be big one day, mark my words.”

Her pet name for him is more obvious than you think

I call him Offset. Only when I’m mad I call him Kiari Cephus(legal name).

Her mother has a strong opinion of Offset

My mother really likes him. She felt like he was very genuine.

Her dad even offered advice

My dad drives me around and he saw when I was sad and everything and he said I really think you guys should work it out.