Are Catcalling Laws Actually Doing Anything for Women? 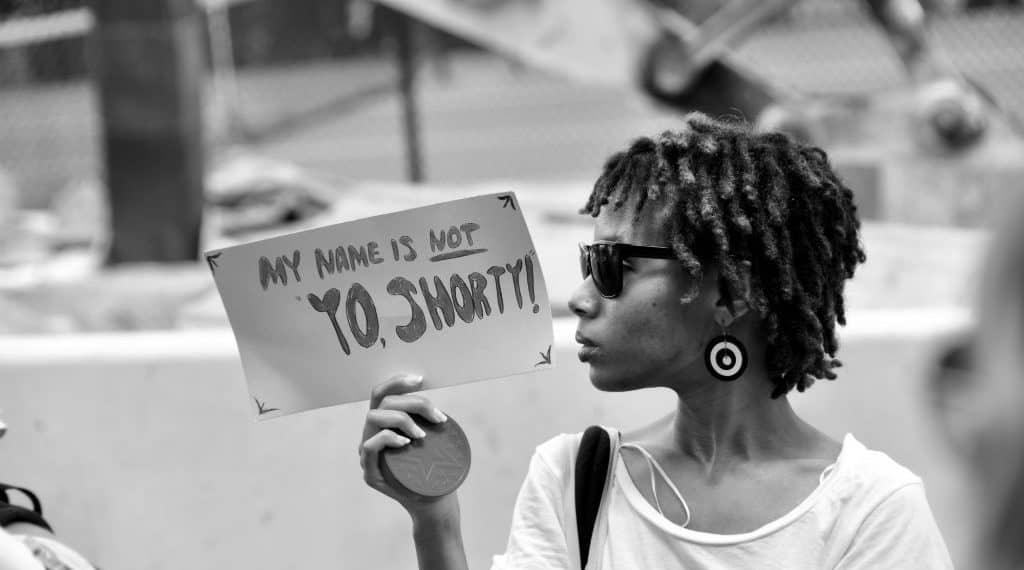 Women don’t just have to worry about the sporadic whistles, murmured compliments or outright expletives that come with catcalling.

Not only are we harassed regularly for simply being females, but we are expected to accept this treatment gracefully.

According to the most comprehensive global study of street harassment conducted in 2014 by The ILR School at Cornell and Hollaback!, a movement whose mission is to build inclusive public spaces, catcalling starts early in a woman’s life, with 84% of those interviewed reporting they were first harassed before the age of 17.

More alarming figures from the study include 71% reporting being followed, 82% reporting taking a different route to their destination for their safety, and over 50% of participants reporting being fondled or groped. Researchers were shocked by these outcomes.

If you’re not clued into the frequency in which street harassment happens daily, especially in a city like New York, watching “10 Hours of Walking in NYC as a Woman” is illuminating.

Over the course of 10 hours, the female participant in the video is harassed 108 times, not including indiscreet whistling and perhaps the intermittent kissing sound, licking of lips or mumbled “Mmm.”

Although this video was later revealed as problematic for editing out white harassers, showing a largely biased version of street harassment, it goes without saying that in any neighborhood at any time, women face all sorts of street harassment from every demographic.

Although catcalling is a problem women face worldwide and often with no legal repercussions for the harassers, there has been legislative action taken in certain U.S. states against street harassment.

In New York, for example, there are laws in place to protect victims from verbal harassment such as lewd comments, following, groping and even filming and photographing a person without their knowledge.

California has legislation against indecent exposure, obstructing another’s path and sexual battery, but not much in the way of explicitly punishable crimes related to street harassment.

New York and California are two of the four most populated states, however, with a largely progressive governing body.

The second most populated state in the U.S., Texas, has a somewhat blase view of street harassment with an unusual "fighting words" clause in their description of breach of peace following verbal harassment, "Since street harassment rarely results in the harassed person fighting back, these laws usually have not been used to address street harassment. But you can still try using it, and if enough people make a case for why it should be used, then it might be applied more often."

Texas is basically telling us that because victims of harassment don’t fight back and disturb the peace of the public, street harassment is not an immediate issue. We’re going to have to disagree.

So what then do we do about the harassment that isn’t legally seen as aggressive, or was so blink-and-you-miss-it that you have no identifying information about the harasser? Remember, we’re still looking straight ahead.

Well, I have flipped off catcallers, much to the chagrin of my mother. I’ve told men who tell me to smile to fuck off, much to the horror of my sisters. I wouldn’t necessarily recommend it. The downside of fighting back can be more dangerous than the harassment itself.

We want your catcalling stories! What have you experienced as a woman walking the streets of New York? Comment below!

5 Energy Boosters That Aren’t Your Regular Cup of Joe