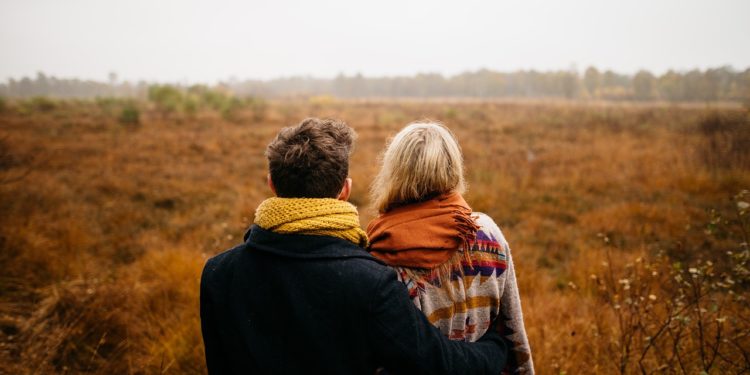 I moved all the way across the country and away from my entire family so that she could be with hers. But, sometimes I think the biggest sacrifice is to end the relationship before it gets unhealthy, regardless of how much you care about the person still.

Children. My husband can’t have any more children. This was something I knew going into the relationship and it certainly doesn’t make me love him less. But, some days I just want a child of my own! We are hoping to be able to do some IVF, but the chances are still very slim. That’s why I fill my life with pets; they really are my kids!

I was never the type to sacrifice anything for a man. I was wildly independent and I was in the mindset that if I had to change my life for a man, that he just wasn’t worth it.

Then I met the love of my life. I met the man who I’d go to the ends of the earth for. I think now that I’m married, I don’t think of sacrifices in the same way anymore. I would still say to never give up anything you love, or anything that is good for you, but some sacrifice can definitely strengthen a relationship.

When I got married, we did so in front of a small group of people in my home state of Maine. My husband had never been here before and he fell in love with it. He had spent nearly all of his life in the town we were currently living in, and by the time we had driven the 900 miles back home to North Carolina, he knew he wanted to move to Maine. We had other reasons which included awful in-laws literally right around the corner from our apartment, but the main reason for our decision to move, was because it made my husband happy in a way that I intend to keep making him.

We both had solid jobs in North Carolina, a nice apartment close to every shopping center and in a quiet neighborhood. We left for Maine without jobs, or a place to live, which resulted in us spending a good part of the summer camping in a tent. And, it was hard. But, I did it for love. And, I’d do it again. Because love is about more than your own feelings. And, sometimes sacrificing the things that you thought were the best, will lead to your true happiness and what is best in your life.

I had to miss out on a lot of fun because I had to babysit my partner. He was an alcoholic who couldn’t take care of himself.

I dated a guy when I was 20-23 who was really controlling and jealous. And, it started out real slow and little. First, it was he felt uncomfortable with me having guy friends (okay, I guess I could understand) but then when I would go out with my girlfriends he thought I was trolling for dick. He said, “your girlfriends are going to make you want to be single.” So, I legit ended up spending my time at work, with him, or by myself playing video games.

Years later my grandfather passed and all I wanted to do was go out and dance once a week and we made a “deal” – which looking back now is bullshit – that I would go out dancing on Fridays and then meet up with him when he got out of work. And then, on Saturday I’d spend time with him after he got out of work. I started realizing he was getting out of work real early on Fridays. I asked him after we broke up if he was purposely leaving work on nights that I had to myself and he said ‘yes’. I learned to never to sacrifice my happiness and sense of self for someone ever again.

I would have to say time is a big sacrifice. Without the time put into the said relationship, it wouldn’t have the ability to grow or develop. Giving someone your time and soul is one of the biggest aspects of a committed relationship. That’s because time is a thing that us, as people, don’t get again. It’s a deep form of love when someone gives you their time.

My freedom. Like just being able to just get out of work and grab a beer with the guys and not get constantly nagged about where I am and what time I’ll be home. Being single most of my adult life minus a couple relationships here and there has forced me to become independent and absolutely need my freedom.

I had to leave my home, friends, for a new country that I knew no one in.

We had a long distance relationship for two years. He wasn’t ready to move for me because he was still in school in the US. I graduated in school and left Kosovo literally the next day. It just made sense to me at the time.

If I had the chance to do it again, I wouldn’t. Moving continents is a very big sacrifice to make for anyone, no matter how much you love them. You will be miserable and lonely and you have no one to blame but yourself.

My relationship was very shitty and I have to take part of the blame. I thought I made too much of a sacrifice and when anything went wrong I would blame it on him. I would patronize myself and everything I did for him and just felt like I loved him more than he loved me.

Sleeping Masks to Get Glam Overnight