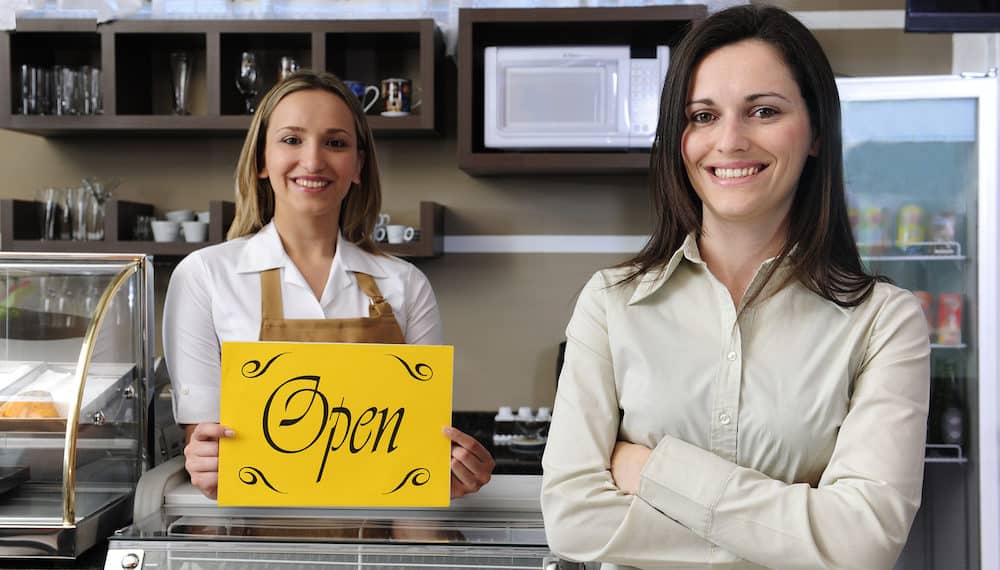 Happy Owner Of A Caf and waitress Showing Open Sign

New York City is a place for dreams to come true and equality to reign. There really isn’t a better breeding ground for new businesses than the diverse, eclectic land we know as the City that Never Sleeps. Particularly, female-driven companies are filling voids and finding success. Here at NYGal, we decided to highlight a few of our favorites.

This photo is a product of every woman I’ve encountered in the last 4 years who wasn’t afraid to be seen and heard. For lending me your voice when I couldn’t find my own and for your example, strength and support. I’m sitting at my computer trying to figure out how to collage all 70+ of you. 💕 #internationalwomensday . @jacobsmithstudios most days I have to fight to feel like this girl 👆 thank you for believing in me. And thank you for making me feel like a powerful badass woman @adamjepsen @cgonzalezcuba @stephencarrasco @bradgibson13 @dannyquadrino

All New York City theatre professionals know the importance of staying at their pinnacle fitness levels. When Jane first entered into that world in 2014, she decided to go out and learn on how actors managed to stay physically fit after performing eight shows a week. Jane has turned her passion into a project called Fit For Broadway, where she posts interviews she has with Broadway professionals. The interviews are based on their fitness journeys, current fitness regimens, along with health advice. It is an incredible compilation of inspiration from the best in the industry and reminds us all that everyone starts somewhere. By her own definition, Fit for Broadway is a lifestyle dedicated to healthy, positive living with the intention to reach one’s full potential. She also sells Fit for Broadway apparel, where a portion of the proceeds are donated to Broadway Cares/Equity Fights Aids, the Humane Society of the United States, and Dancers Against Cancer through the Circle of Hope Foundation. This year, Fit For Broadway hosted its second annual "Training for Broadway" event series. The event consisted of a free fitness class which is offered around the city each day leading up to the Tony Awards. Follow Jane and Fit for Broadway on Instagram and check out the Fit For Broadway blog.

Transforming lives by changing their skin, that’s what I love to do the most.

Quyen is an absolute queen. The aesthetician started changing her lifestyle in 2008 when she was pregnant with her son. At that time, Quyen realized the products she had been loyal to contained chemicals and other negative ingredients that she did not want to apply on her body. Her discovery then led her to start living a cleaner lifestyle. Nowadays, Quyen only uses organic, vegan, and gluten-free products for her therapies which include various luxurious skin treatments as well as an array of body hair removal and management therapies. She has developed a client list that is fiercely loyal to her and her holistic treatment methods due to her years of knowledge and consistent results. Quyen is a compassionate, inquisitive person who you won’t regret adding into the fold of your self-care routine. Interested in trying for yourself? You can find the Clean Beauty Quyen at her studio in Williamsburg and can contact her online about setting up an appointment.

A store built by women, just for you

Happy PRIDE month!!! 😍🏳️‍🌈 Bulletin will be celebrating throughout June (duh), but to kick things off, we’re debuting our “Love Wins” exclusive tank TODAY! Proceeds from this product benefit @trevorproject – an organization that provides crisis and suicide prevention services to LGBTQ youth ❤️🧡💛💚💙 Link in bio to shop 🔗 Shirt design by our very own @draperelle 💕

If all of these companies are getting you totally hyped to look into more women-driven businesses, Bulletin is the one stop shopping of it all. Dream team Alana Branston and Ali Kreigsman are credited as co-founders of the hybrid company, where businesses that have established themselves by selling their merchandise online can rent space month to month in a brick-and-mortar store. For products from apparel and accessories to living and pleasure, offered by all female owned and operated businesses, you are sure to find what you are looking for.

On their website, Bulletin explains that their store was founded on the idea of creating a space for young, millennial women to sell their affordable wares to other young, millennial women who are interested in the same products. Want to know what’s even more incredible? About ten percent of all the proceeds are donated to Planned Parenthood of New York City. Check out the two store locations: 27 Prince Street in NoLita and 145 Wythe Ave in Williamsburg, before a third location launches this summer.