Wear it once, it’s an outfit, wear it twice, it’s a trend! 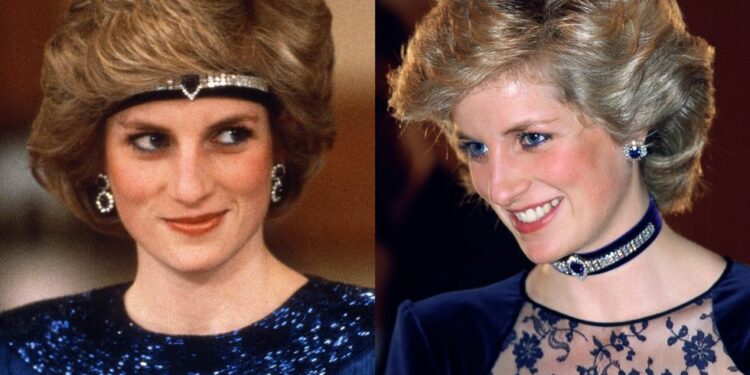 Do you have the habit of staring at your wardrobe and lamenting that there are not enough outfits? The world is a ramp and we definitely have to rock our looks but that doesn’t necessarily mean that we must have brand-new outfits for every occasion. Some of our favorite stars are mastering the art of repeating clothes and we are in awe!

The subtle art of repetition with celebs

Yes, celebrities have an endless supply of new clothes to wear, and it’s somewhat frowned upon for celebrities to wear the same outfit twice. With stylists and designers by their sides, you’d think they wouldn’t repeat the outfits. Yet A-listers love to repeat their outfits. Even the royals, Duchess Kate Middleton and Princess Diana (the style icons) repeat their outfits and rock their looks.

The Duchess is especially good at repeating expensive dresses and suits, like the white Alexander McQueen gown she wore to the 2011 BAFTA event and the Earthshot Prize Awards in October 2021.

Meghan Markle has also been known to recycle her outfits, even those that are particularly memorable. Markle is known for rejecting royal traditions, so it’s no surprise that she likes to break the habit of wearing new clothes. She is best known for re-wearing this stunning trench dress that is casual yet classy and sophisticated.

Princess Diana famously reinvented some of her most iconic looks, including this stunning floral and lavender number she wore to a dinner party at Claridge’s in 1989.

While many first ladies aren’t exactly known for their style, Michelle Obama has set a new standard by appearing at events in endlessly stylish outfits. God knows the White House closet must be pretty roomy, and designers are likely to send out dozens of outfits that Mrs. Obama could wear. But she knows what she likes and isn’t afraid to wear it twice. She often wears the same dress for multiple events.

Selena Gomez made headlines in 2017 when she showed up in New York City in this powder blue dress from the Parisian brand Rouje. The following month, Selena upgraded the same mini by swapping out the neutral bag for a sleek black design and a pop of red lipstick.

J.Lo says yes! Jennifer Lopez nearly destroyed the internet both times she wore this iconic green Versace dress. She wore this outfit at the 2000 Grammy Awards, and for the second time, she appeared in the revised dress at the 2020 Versace Fashion Show.

In 1996, Gwyneth Paltrow arrived at the MTV VMAs in this ruby-red velvet suit from Gucci (during the brand’s iconic Tom Ford era). Back then, Gwyneth wore a buttoned white shirt with statement cuffs under a chic set and pulled back her hair without fuss. Twenty-five years later, Gwyneth performed in an updated version of the same suit to celebrate Gucci’s 100th Love Parade.

Kate Moss wowed the crowd at the 1998 Cannes Film Festival in this vintage feather-trimmed LBD (little black dress). And voila! Six years later, in New York City, a supermodel appears in the play.

Of course, Hailey Bieber succeeds in making her loungewear set look chic. Here she is at Paris Fashion Week 2017, highlighting this chocolate-hued combo with elegant buns, hoops, and neutral heels. I’m here. A few hours later, Hailey completely transformed her loungewear with a pair of black mules, a matching beanie, and a Givenchy tote bag.

It is actually Keira Knightley’s wedding dress that gives the tulle mini dress its familiar appearance. Yes, this Chanel piece was made for the A-lister’s wedding to James Righton in the South of France in 2013; however, it has since been worn a number of times, including here in 2008, when she wore it to a London pre-BAFTA party with black tights and a coat.

In 2004, Elizabeth Banks wore this red Badgley Mischka gown to the Vanity Fair Oscars party, and she looked like a blonde bombshell. Then, as if nothing had happened, Elizabeth wore the same gown to the 2020 Oscars after-party.

Even though outfit repetition was still considered a faux pas in 2018, it is now commonplace in 2022. However, the actress and comedian Tiffany Haddish was unconcerned about the concept of “acceptable.” She delightedly made headlines for wearing her white Alexander McQueen dress with a halter neck four times!!

Take it from these stunning women: Re-wearing your favorite outfits are stylish, sustainable, and beautiful. Repurposing fashion is in, not huge wardrobes. Which outfits from your closet are worthy of being worn on the runway again soon?