Keeping up with Kim Kardashian 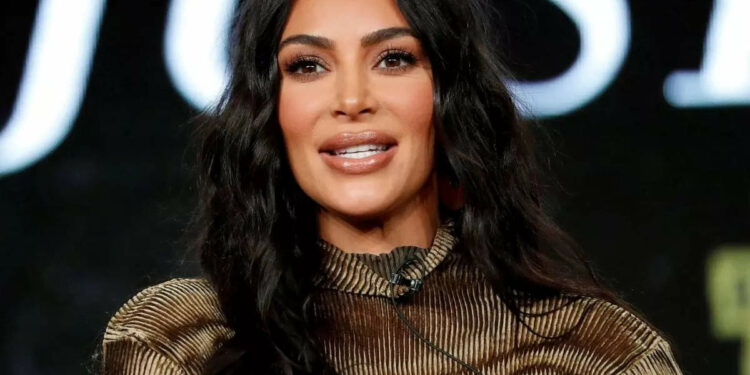 Keeping up with the Kardashians isn’t exactly an easy task. For one, the labyrinth of controversies and contradictions is hard to keep track of. And secondly, too much drama is harmful to the average human brain, and the Kardashians have an unlimited stock of drama.

Kim Kardashian’s net worth spiked to $1.8 billion recently. Some say she’s a business icon with a balanced lifestyle and personality. Others know her as an American socialite with a lot of controversies. The Kardashian family has taken over the world, as has Kim Kardashian individually. How did she reach the pinnacle of everything? Read on to get a glimpse of how she gained stardom.

Kimberly Noel Kardashian was born to Robert and Kris Kardashian on October 21st, 1980. She is the middle of four siblings, with an older sister, Kourtney, a younger sister, Khloe, and a younger brother, Robert Jr.

She already belonged to a very reputed family; her father was one of the defense attorneys for O.J. Simpson. Before O.J. Simpson’s case, Kim led a very normal life. She attended Marymount High School, a Catholic all-girls school in LA. Kim and her family are deeply religious, despite their ethnicity.

Kim started her career at a very young age; when she was probably 24 years old, she began working as a fashion stylist for stars like Lindsay Lohan and Paris Hilton. But before talking about her career in detail, let’s go through her personal life. At the age of 12, she dated Michael Jackson’s nephew, T.J. Jackson. They lasted three years together.

In 2000, Kim Kardashian eloped with Damon Thomas, a music producer. From this, we can conclude that she had a very adventurous love life. Moving on to 2003, Kim got divorced from Thomas. The same year, she filmed a sex tape with her then-boyfriend Ray-J, which was later released in 2007.

She was even married to Kris Humphries for 72 days. Many say that this marriage was staged to generate money. This timeline of Kim’s life was highly documented in the media.

She soon began dating her longtime friend, Kanye West, in 2012. She was back in the spotlight, as she was now legally married to Kris. Kanye West and Kim Kardashian tied the knot on May 24, 2014. Although the relationship was meant to last forever, it lasted only 7 years. She and Kayne have four children together: Psalm West, North West, Saint West, and Chicago West. She then started dating Pete Davidson, a comedian, in November 2021. The relationship was very controversial, and there was even a feud between Kayne and Pete. This relationship also ended on a bad note in August 2022.

Kim Kardashian has built a $1.8 billion empire and has a personal life worth millions. It’s very simple to understand how it can be done: first, you should follow your dreams and aspirations; next, you should do everything in your power to achieve them. But, as they say, it’s easier to say than to do. Let’s see how she did it her way.

The beginning of Kim’s career

Kim Kardashian’s first job out of college was as a personal stylist for R&B singer/actress Brandy in 2003. Her mother said that she permitted Kardashian to use her American Express card for a “one and only one” transaction in 2004. The case was dropped in 2009 after the parties struck a private deal.

People have a misconception about Kim being Paris Hilton’s assistant. but in reality, she was her closet organizer. She would organize the closets of many celebrities and sell whatever was not needed on eBay. She has worked with Lindsay Lohan, Nicole Richie, and Rob Lowe. This put her on the map.

In 2006, Kim landed her first role in front of the camera in the Beyond the Break scripted drama. Later, she appeared as Paris Hilton and Nicole Ritchie’s closet organizer in episodes of The Simple Life. In the same place, she started a luxury clothing store called D-A-S-H in Calabasas, California, along with her sisters. This chain operated from 2006 to 2018.

She made a big breakthrough in 2007 when she revealed her sex tape online. Kardashian filed a lawsuit to stop the distribution of the video, but she reportedly settled the case for $5 million. That’s how she started gaining fame.

Keeping Up with the Kardashians premieres on E! She poses naked for a shoot with Playboy. She and her family gain instant attention for the show, “KUWTK.”

Skip to 2010; she launches her first perfume, rightly titled “Kim Kardashian.” Later that year, her first waxwork is unveiled at Madame Tussaud’s in New York.

After breaking up with a licensing partner, Kim K. West debuted her own cosmetics brand, KKW Beauty, in 2017 with a Cream Contour and Highlight Kit that quickly racked up $14.4 million in sales. Kim Kardashian West’s KKW Beauty brand racked up $14.4 million in sales in 2017. It was her first cosmetics enterprise on her own. She has since expanded into all makeup categories, including body makeup. Later in the year, she launched a fragrance line under the moniker “KKW Fragrance.”

Sales during the first year of her fashion business, Kimono, were $13.8 million. Her first foray into the fashion world was met with harsh criticism upon its debut.

On her Instagram, Kardashian West gave a sneak peek at her soon-to-be-released shapewear collection, showing off a variety of bras, bodysuits, and underwear in nine different skin tones. She had received criticism for being accused of cultural appropriation.

In April 2022, Kardashian and a former Carlyle Group colleague established the private equity business Skky Partners. Kris Jenner’s mother is also an investor in the company. At Paris Fashion Week in July 2022, she walked the runway for Balenciaga for the first time.

Just by hearing the word “Kardashian,” you may assume you have a complete understanding of Kim’s life. She may be the most private star in existence. Reason why? For her, this is really a question of life and death. As a result of her constant pursuit of excellence, she is seldom out of the limelight for long. But she is, indeed, one of the most famous celebrities in the world at the moment, and she is also one of the most influential people when it comes to fashion and lifestyle. Thanks for reading!