While many of us were disappointed with the ending of Game of Thrones, there remains hope with HBO spinoffs of the show. You can keep up your masochistic desire to watch characters you love get brutally murdered from the comfort of your home.

But nearly a year has passed since the ending of Game of Thrones last year, and we are still far from the promised spinoff. How are we supposed to quell are anticipation with so little to go on?

While this might seem obvious that Martin would be involved in a series based off a world he created, the importance cannot be understated. The downward slope of Game of Thrones began when the TV show split from the book. Though there were many creative decisions that lessened the quality of the show in comparison with the books, the departure of Martin’s original writing was fundamental to the shows downfall. Luckily Martin intends to be very involved in the spinoff series, hopefully keeping it as nuanced and high quality as possible.

There are multiple Scripts

Created of the original series George R. R. Martin was quoted saying when he arrived in Los Angeles to discuss the spinoff of Game of Thrones there were four scripts in the works. When he left there were five. But don’t get ahead of yourself GoT fans. Five scripts does not equal five shows. HBO producers want to ensure that the spinoff lives up to the original series, and settling on one story right away.

It Won’t be a Sequel

As much as we all want to know what Bran’s rule will be like, we won’t (at least not for now). The Spinoff will not continue the adventures of Game of Thrones, but will supersede them. The spinoff will be a prequel. Though it is uncertain whether the TV prequel will have the same plot line as the book prequel, Fire & Blood, it will predate the original content.

No Character Favorites are Making a Come Back

No matter what the new series decides to focus on there will be no characters from the GoT. We all want to watch Arya’s adventures west of Westeros, or follow Job up North, but it will have to wait. With no one making a come back from the original series, that means we won’t get the back story of Ned Stark, and we may never see the love story between Rhaegar Targaryen and Lyanna Stark. Hopefully whatever else is cooked up, it will be amazing.

It Won’t be About the White Walkers

Age of Heroes was the working title for a prequel that followed the origins of the white walkers. According to Digital Spy HBO filmed a pilot, directed by Jane Goldman. Unfortunately, the pilot never made it all the way to a series. There is speculation around why this show, featuring Naomi Campbell, never aired; HBO has made no comment of the cancellation.

David Benioff and D. B. Weiss, who created the world of Westeros on TV, will not be returning. Instead the spinoff for Game of Thrones will feature new lead writers. Who it will be is still a mystery, given the multitude of potential spinoffs. The push for the shorter last to seasons of GoT was directly due to push from Benioff and Weiss. Though the shorter seasons lead to worse seasons, Benioff and Weiss were clearly done. Hopefully the new show-runners will be as dedicated to the spinoff as the fans.

Casey Bloys, the Head of Programming at HBO, has promised a prequel by 2022. But this is no guarantee. Back in 2017 HBO said it would have a spinoff by 2020, and here we are in 2020 with no show. According to Deadline the HBO writers have just started on the scripts for the series premiering in 2022. With the multitude of pilots and scripts running around, who knows if this is the long awaited spinoff. One thing is for sure, the new spinoff is not happening any time soon.

You Can Read the Book

As we have said, there is a substantial amount of uncertainty around the new spinoff series for Game of Thrones. But the most promising prequel at the moment is House of the Dragon, which has yet to be written or cast. It shares a storyline with Fire & Blood, George R. R. Martin’s prequel book series to GoT. House of the Dragon is the show promised by Bloys to premiere in 2022, but with so little to go one there is no guarantee. Whether is becomes a show or not, you can grab a copy of Fire & Blood from your local bookstore. Even if the prequel series ends up following a different plot line, you will still learn about the history of Westeros.

HBO May Get There Viewers Back

When Game of Thrones was cancelled, many viewers lost a reason to maintain their HBO subscriptions. According to NBC HBO subscribers were twice as likely as subscribers to other streaming platforms to cancel payments after the cancelation of their favorite show (Game of Thrones). The company took a hard loss at the end of the series, especially with Disney’s release of Disney+ shortly after. But long awaited spinoff may be what HBO needs to regain its viewership.

While your long wait for the new spinoff continues, check out some other TV shows to entertain yourself.

How to Sound Confident When Calling a Girl You Like

As women we have been socially conditioned to not make the first move. You are taught how to flirt or play coy, but actually asking someone out was never your job. For...

The Marvelous Mrs. Maisel Season 3 and Everything that Happened

SPOILER ALERT, for anyone who hasn't already seen The Marvelous Mrs. Maisel season 3. Everyone's favorite 1950s housewife from the Upper West Side is back for a whopping eight episodes in season... 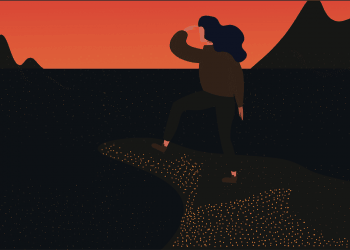 27 Free-Spirited Quotes to Inspire Your Next Adventure

We all learned from Up that "adventure is out there." While we can't all attach balloons to our house and fly away, we can still find ways to have adventures. Sometimes that...

Some of the best movies of witches may have flown below your broomstick radar. These are witchy times we live in. There is a surge of interest in witches almost every decade...

Most Anticipated New Releases on Netflix (Spring of 2020)

If you are like me, you live for Netflix. The last season of Bojack Horseman? Awesome. The friendships in Grace and Frankie? Adorable. Queer Eye? More like Queer Eye would love to...

Health Ads by
No Content Available
No Result
View All Result