The Best Nyc Bar Trivia to Liven up Your Week

Some of the top spots to get your trivia muscles pumping. 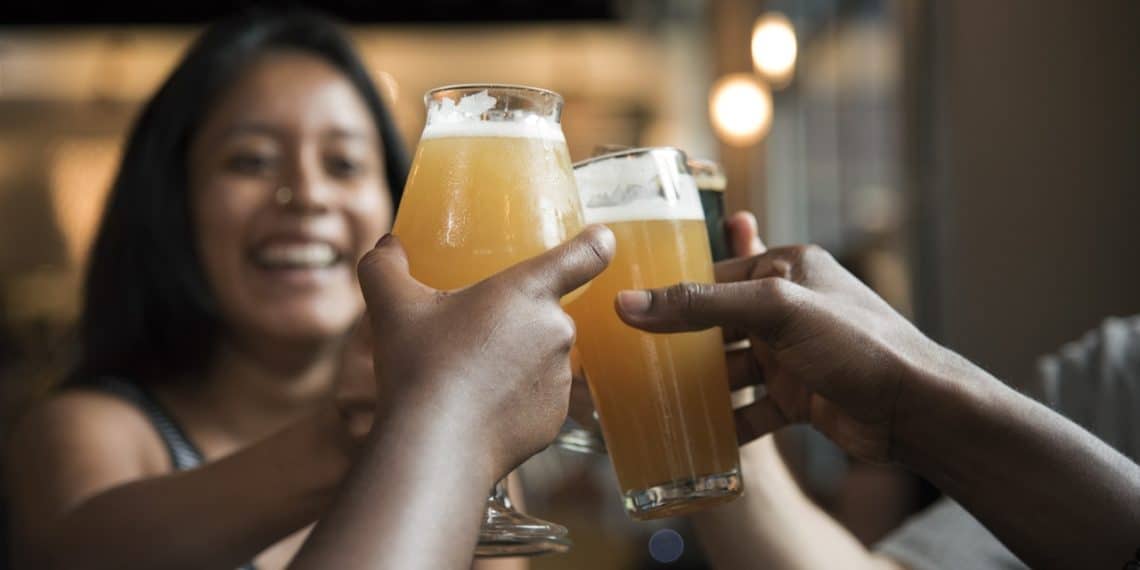 “The brain may die, but my compulsion for useless trivia lives on.”

In a city as big and vast as New York City, you never run out of things to do.

But, when it comes to a staple NYC tradition for locals, trivia often ranks high on that list.

And, of course, it does! Trivia is fun. It’s exciting. It’s the perfect excuse for you and your friends to get drunk on a Tuesday and get into fights about who knows The Office better.

Yes, we’ve all been there. There’s no need to deny it.

Trivia gives all of us New Yorkers a chance to unwind, have fun, drink a little too much and laugh more than we ever thought possible.

It stimulates our brains and gives us small grudges to being up at the next holiday party or weekend romp.

There is no shortage of trivia options in New York City. But, that can sometimes make it even harder to decide on one.

When every bar down the block is offering some sort of trivia night — themed or not — how can you really decide on where to go and what to indulge in?

That’s where we come in.

Don’t stress over finding your next trivia night. Just give this handy guide a read to find the best bar or trivia group to get your game on.

The Six Best Bars & Resources In NYC For A Killer Game Of Trivia:

NYC Trivia League isn’t exactly a bar. But, it hosts trivia events at bars across the city and on multiple days a week.

It’s very likely that one of the trivia events you’ve attended was hosted by this group. But, that just goes to show how expansive it is!

NYC Trivia Leagues hosts a kind of trivia season. Each session lasts 11 weeks. In that time, your trivia team can attend a number of events to boost your winning and ultimately come out on top.

Trivia runs throughout the week and at a number of locations across the five boroughs.

This free trivia league is the perfect way to get your closest friends together for a consistent outing throughout the season!

Crocodile Lounge is easily one of the most fun bars in the city. Not only does it offer trivia, but it also is home to a number of fun exciting events like karaoke, skee ball, bingo and more.

Sundays and Wednesdays are the trivia days at the local haunt. And, it gets packed quick, so make sure you grab a table early on in the night.

The Crocodile Lounge is a great bar every day of the week. But, if you want a truly wild trivia experience, you have to add this bar to the list.

E’s is an Upper West Side haunt with a killer trivia night.

This game board joint is another bar that is so much more than just a bar or a trivia joint. Every day, patrons can enjoy hours of fun thanks to the hundreds of board games that line the shelves and bookcases.

But, its trivia night is equally exciting, with hoards of rowdy Upper West Siders joining together to fight over which historical monument was created first.

Believe me, it’s intense. But, it’s so worth it.

Trivia NYC is another weekly trivia group that hosts trivia nights at bars across the city almost every day of the week.

These group pages are a really great resource for finding a trivia night in your neck of the woods.

It’s free and you don’t have to commit to a league either! You can just pop in one week to get a feel for what it’s all about.

But, we’re sure that once you go once, you won’t be able to stop yourself from going back.

This swanky, prohibition-themed bar is the perfect, intimate location to grab a tasty cocktail and enjoy a blissful night with friends.

Okay, blissful might not be the right words. Because you will more than likely get into a fight over who gets to name the team and who gets to write down the answers.

But, after your fourth dreamy cocktail, none of that will matter anymore!

Break is a great Queen’s bar for the inner competitor in you. And, it’s one of the best trivia bars in Queens as a whole!

Break is a fun bar full of games, excitement and more. Whether trivia is your thing, or you’d rather get your billiards on, you’ll be able to find your crew at this haunt.

But, trivia is extremely intense here. This is the bar you go to when you want to show your knowledge of random facts.

But, don’t let the competition intimidate you — you’re bound to have a blast when you join in all the fun.

Scary Walk Home? Here Are Some Tips to Stay Safe in Nyc