We all loved Robin Tunney in The Craft, but check out this article to find out why the actress wanted to turn down the lead role. 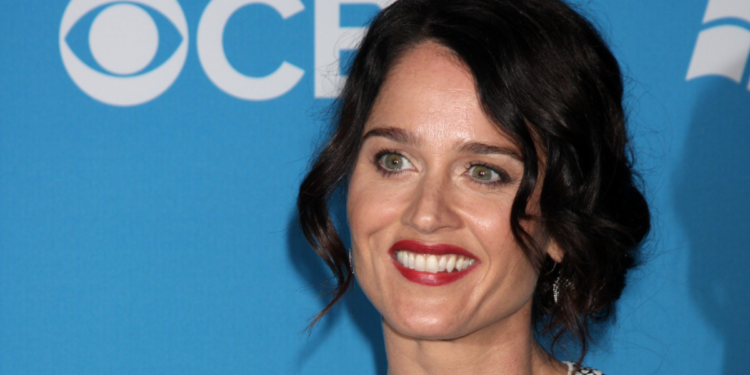 Although it premiered to mixed reviews, the 1996 supernatural horror movie The Craft would go on to attain a large cult following. Directed by Andrew Fleming, the film features four young teenage girls attending a parochial high school in Los Angeles, California. Robin Tunney would play the film’s protagonist Sarah Bailey. But it is a starring role that almost wasn’t! Tunney at first considered turning down the iconic role.

More familiar with The Craft’s Sarah Bailey than you are with actress Robin Tunney? Keep reading below to get caught up on the film, the actress, and why she almost walked away from this classic horror flick!

Who is Robin Tunney

The American actress Robin Tunney was born in Chicago, Illinois, on June 19, 1972. She grew up in the Chicago suburb of Orland Park. Looking to make a name for herself in Hollywood, Tunney would end up moving to Los Angeles, California.

Robin Tunney’s talent landed her roles on several television series, Dream On, Life Goes On, and Law & Order to name a few. Among her more prominent television roles are her portrayals of Veronica Donovan during the 2005 season of Prison Break and on The Mentalist as Teresa Lisbon from 2008 to 2015.

Tunney made her large-screen debut in the 1992 comedy Encino Man. Following Encino Man, Robin Tunney would star in not one but two future cult classic films; 1995’s Empire Records and The Craft in 1996. The talented actress would continue to land a steady stream of roles in the years that followed. She would win the Volpi Cup for Best Actress for her role in the 1997 movie Niagara, Niagara, and critical praise for portraying a sexual assault victim in the 2006 indie drama Open Window.

The Craft made its United States debut on May 3, 1996. With a relatively modest budget of $15 million, the Columbia Pictures film would surpass expectations and earn over $55 million worldwide during its run. Since then, this 90s horror flick has gone on to become a cult classic and spawn one sequel, The Craft: Legacy.

The film’s story, written by Peter Filardi, was worked into a screenplay by Filardi and director Andrew Fleming. The story centered around Robin Tunney’s Sarah Bailey as she moved into a new town and school.

Being the new girl and feeling like a bit of an outcast, Sarah would soon become friends with a trio of girls who many at the school already thought were practicing witchcraft. The girls, Nancy, Bonnie, and Rochelle, played by Fairuza Balk, Neve Campbell, and Rachel True, respectively, soon took notice of Sarah’s supernatural abilities and brought her into the group to complete their coven of witches.

As tends to happen when one meddles in the dark arts, things begin taking a turn for the worse as the girls grew stronger in their witchcraft. Finally, Robin Tunney’s Sarah is forced to confront and put a stop to her one-time friends’ power grabs.

Hesitation on Joining The Craft

Robin Tunney originally auditioned for the role of Bonnie. Tunney’s agents at the time were not very confident in her ability to land the role. Not because of a lack of talent, but more a lack of hair! The young actress had shaved her head during a scene in the film Empire Records and was practically bald when she auditioned for The Craft.

Ultimately the role of Bonnie would go to actress Neve Campbell. To her shock, Robin Tunney was chosen to play the lead role of Sarah Bailey. However, she was not exactly thrilled at the opportunity at first.

Tunney’s Thoughts on the Lead Role

Tunney found the character to be less than exciting and wanted to go back to the role of Bonnie. During interviews, she would say of the character, “When they asked me to play the lead instead of Bonnie, I was like, ‘That is the most boring part. That’s the girl you want to stuff in a locker and tell her to shut the f*ck up because she’s no fun.’”

Luckily Tunney’s agents were having none of that! The part was a starring role in a major studio production; it wasn’t the kind of part you walk away from, especially so early in a career.

That was part of Robin Tunney’s hesitation as well, a leading role. She wasn’t sure she was ready for the part. Happily for her and the film’s devoted fans, she gave in and accepted the role!

The year 1996 was a long time ago, but The Craft has remained relevant and is still popular among its many fans. It is hard to imagine anyone besides Robin Tunney in the role of Sarah Bailey, but thanks to some persistent agents and maybe a bit of witchcraft, Tunney accepted the part. Thus ensuring her place as a cult film icon!

How Good Is Redken Shampoo and Why Women Like It So Much?