Non-binary New Yorkers will now have a third option as their gender marker. 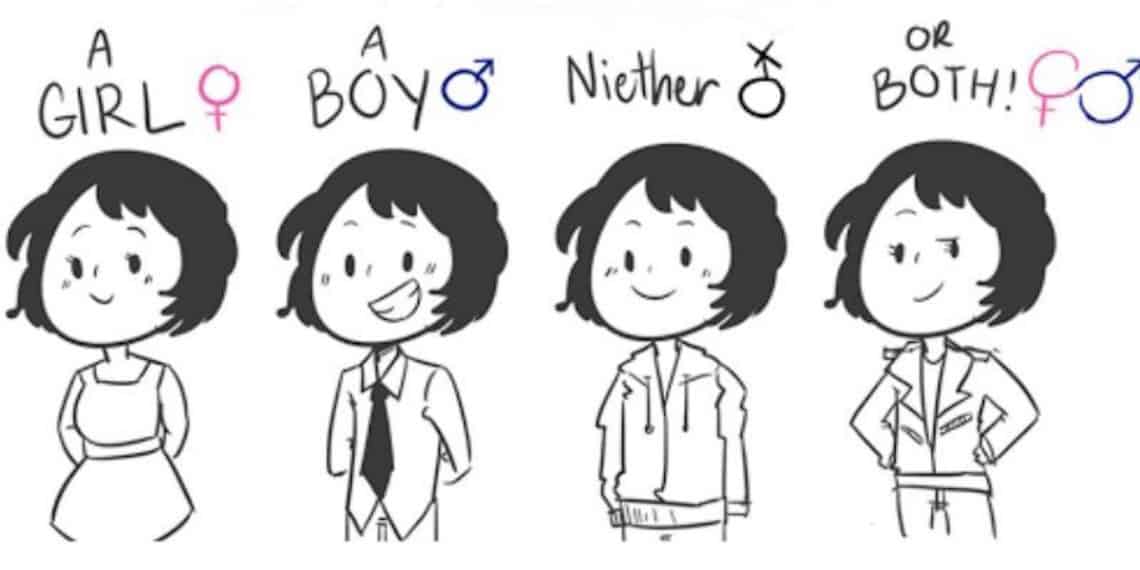 Last Wednesday, the New York City Council and Board of Health voted to introduce a third, non-binary gender option for individuals to mark on their birth certificates. The bill is set to begin on the 1st of January of next year.

In addition to this, a doctors note or an affidavit from a health care provider will no longer be needed in order to change one’s gender. Which was determined to be unfair to those seeking to go forth with changing their legally assigned gender.

States such as Oregon, California, Washington, and New Jersey have already adopted the bill. Yet, only three states (Oregon, Washington, D.C., and Maine) give residents the option to choose an ‘X’ gender marker on their driving license.

For those unfamiliar, or unsure of its specific meaning, website Gender Wiki describes it as…

a gender identity which refers to a gender which varies over time. A gender fluid person may at any time identify as male, female, neutrois, or any other non-binary identity, or some combination of identities. Their gender can also vary at random or vary in response to different circumstances. Gender fluid people may also identify as multigender, non-binary and/or transgender. Genderfluid people may feel more comfortable using gender-neutral pronouns and have an androgynous gender expression.

One of the most reputable non-binary personalities is the Austrailian D.J, presenter and actor, Ruby Rose. Following her breakout role on the Netflix series, OITNB as Stella, Rose became an overnight figure of gender fluidity. She, arguably, brought the conversation mainstream and became an ever-present fixture on social media platform Tumblr and Instagram.

Her androgynous and allure acted as a somewhat buffer of introducing the media and culture to the type of people that were underrepresented. If you ever used Tumblr or Instagram, you’re almost certainly familiar with a (black and white) GIF or image of Ruby Rose. Most likely from her ingenious video, Break Free. She writes on her YouTube, “A short film about gender roles, Trans, and what it is like to have an identity that deviates from the status quo2

In the video, we see Rose transform from a “dolled up” and more “socially accepting” look, in which she is wearing make-up, hair extensions and has covered her tattoos. She proceeds to remove the superficialness of the look into a more, comfortable and quintessentially “Rose look”.

The numbers indicate that the percentage of non-binary individuals is growing. The western world is gradually broadening its acceptance of LGBTQ people. Hollywood, the music industry, the military, and even politics, despite who is president, are becoming more accepting and inclusive of all genders. Including those that don’t identify as one.

In the 2015 U.S. Transgender Survey, the authors noted the increase in participants and the growing awareness:

One such indication is that an unprecedented number of transgender people—nearly 28,000—completed the survey, more than four times the number of respondents in the 2008–09 NTDS.

Yet, there is still too little research to determine how many people fall into this category. It has only started to become mainstream in recent years. And many people struggle with coming out, resulting in them portraying themselves as somebody else.

One of the most obvious reasons that people delay coming out, or never at all, is fear of rejection. In the previously mentioned study, NCTE also found that:

Of course transgender and non-binary are not the same thing. However, this highlights the abuse and difficulties people of non-obvious gender and gender fluid and others face today.

NYC’s acknowledgment of gender nowadays is a change that will push forward the acceptance of the whole LGBTQ community.

Mayor Bill de Blasio released a statement earlier this summer applauding the bill, saying, “allow transgender and gender nonconforming New Yorkers to live with the dignity and respect they deserve.”

City Council Speaker Corey Johnson is also a fan. In a statement sent and released by NBC news, he says, “Today is a historic day for New York in its role as a worldwide champion for inclusivity and equality.” He thanks the LGBTQ community for all their effort in striving for equality and keeping the city in its rightful place as a leader in human rights.”

Ultimately, in an ideal world and maybe in the future, all individuals will be considered and treated equally. However, NYC has always been one of the most accepting places that acts as a magnet for the misunderstood; for the underdogs and the different.

Sure, the subway system may suck. And the cost of living is equally suck-ish. But, this is a city that accepts all people; it always has. It’s chaotic and beautiful and should be an example of how the rest of the country, even the world, should be.

The Coziest Fall Sweaters to Add to Your Wardrobe